Is There Flight to Shigatse or Other Cities in Tibet, Except Lhasa?

While most of the flights into Tibet fly to Lhasa from different departure locations in mainland China, Lhasa Gonggar International Airport is not the only airport in Tibet you can use to fly in to. With four other airports on the plateau, you can also opt to fly into the region from Chengdu to either Shigatse Peace Airport or Nyingchi Mainling Airport.

Flight to Shigatse from Chengdu

The Shigatse Peace Airport, serving the second largest city on the plateau, lies around 43 kilometers from downtown Shigatse, on the other side of the Yarlung Tsangpo River in Jiangdang Township. The airport was originally a military airport, but was opened for civilian use for tourism in 2010, and was the fifth airport to be opened on the plateau.

There is only one daily flight to Shigatse from Chengdu, which runs at different times on different days. For four days a week, the flight departs from Chengdu in the afternoon at around 3:15pm, while for the rest of the week, the departure time is in the morning at around 7:05am.

The average flight time from Chengdu to Shigatse is around two and a half hours, and the flights are all offered by Tibet Airlines, the newest carrier on the plateau.

Where is Shigatse in Tibet?

The second city of Tibet, Shigatse has traditionally been the location of the seat of the Panchen Lama, Tibet’s second highest religious incarnation, at the Tashilhunpo Monastery. A prefecture-level city in southwest Tibet, Shigatse city lies around 260 kilometers to the west of Lhasa, on the famous Friendship Highway. 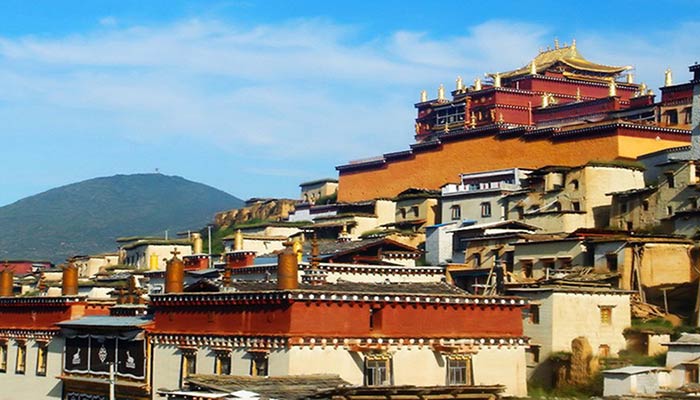 Tashilhunpo Monastery is located at Shigatse, the second largest city of Tibet.

In the other direction, heading out of Shigatse to the west, it is around 342 kilometers from the city to the famous Everest Base Camp, the most iconic tourist attraction on the plateau. The road along the G318 Friendship Highway runs for around 244 kilometers to Tingri, before turning off south to reach the world’s highest mountain.

Who are recommended to take flight from Chengdu to Shigatse?

Taking a flight to Shigatse from Chengdu is the ideal option for those that are interested in heading straight to Mount Everest, or want to head further northwest to Mount Kailash after visiting Everest. And while this is a short-cut to get closer to EBC than traveling through Lhasa, altitude sickness is an important concern to watch out for after you arrive. 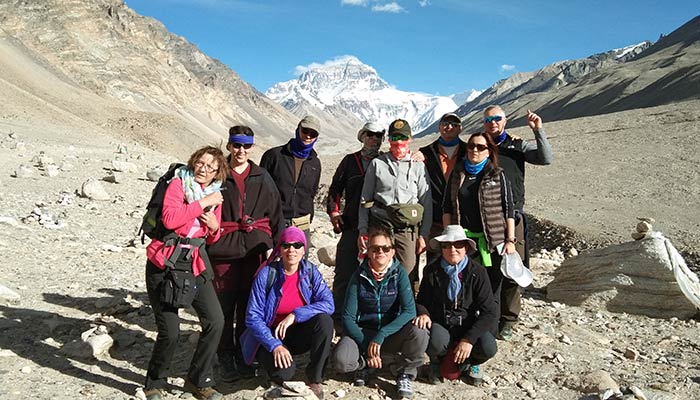 Go to Tibet EBC to capture the magnificent view of Mount Everest.

How to transfer to Shigatse downtown from airport?

After you arrive in Shigatse from Chengdu, you will need to be met from the airport by your driver or take a taxi to your hotel in the city, as there are no shuttle buses running from the airport to the city. Taxis can usually be found right outside the main entrance of the airport.

As a better choice, you can choose our free shuttle service as long as you book your Tibet tour with us. In this case, you can have your guide and driver meet you at the airport and transfer you to your hotel.

Flight to Nyingchi from Chengdu

The Nyingchi Mainling Airport, often referred to as the Linzhi Airport, is the third of the five airports in Tibet, and is renowned as being the most challenging airport in the world for inbound pilots, due to its narrow approach along the Yarlung Tsangpo River Valley.

There are four daily flights from Chengdu to Nyingchi, all of which depart from the Chengdu Shuangliu International Airport in the mornings, which is preferable for tourists traveling to the area. Offered by Air China, Sichuan Airlines, and Tibet Airlines, the flights take from 2 hours to 2 hours 20 minutes to reach the airport in Tibet’s lower region.

Lying in the lower altitudes of eastern Tibet, Nyingchi Prefecture-level city lies to the east of Lhasa, with the main city of Nyingchi being around 410 kilometers from the Tibetan capital. The airport is around 50 kilometers from the center of Bayi Town, the downtown area of Nyingchi City, and lies at an altitude of around 2,949 meters above sea level. A private highway connects the airport to Bayi Town.

The road from Lhasa to Nyingchi is renowned for its stunning views and outstanding tourist attractions, including the beautiful Basum Tso Lake and the stunning Mila Mountain. However, instead of taking the high Mila Mountain Pass when taking the road route between Lhasa and Nyingchi, drivers can now take the new tunnel that bores through the mountain on the new high-speed expressway. 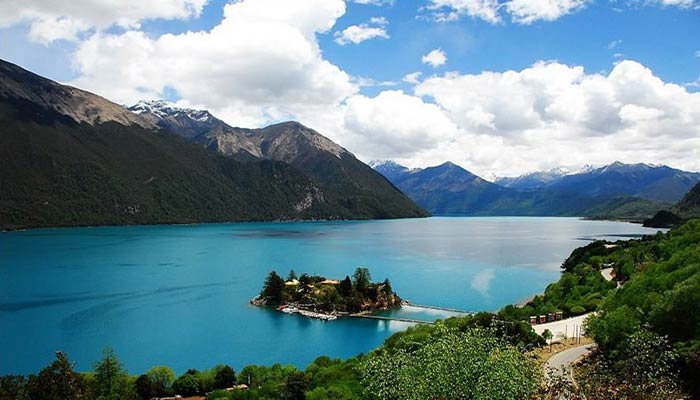 Go to Nyingchi to enjoy the stunning beauty of Basum Tso Lake.

Who are recommended to take flight from Chengdu to Nyingchi?

Flights to Nyingchi are recommended for those starting their Tibet tour with a trip to the eastern prefecture, which is a popular option for many travelers to Tibet. Entering first to Nyingchi can also help with altitude sickness, as you can acclimatize at a lower altitude first, before heading on to the higher altitudes of Lhasa and the rest of the plateau. The flight is also a lot faster and easier than taking an overland trip to Nyingchi from Chengdu.

How to transfer to Nyingchi downtown from airport?

Alternatively, you can take a taxi from the airport to Nyingchi for around 30-50 yuan per person. Unlike most taxis, they do charge per person, so the taxi makes more if there are small groups of 3-4 people.

The last option is most probably the best. As a courtesy service, we offer free shuttle transfers from the airport to your hotel if you have booked your tour in Tibet with us. Our shuttle driver will collect you from the airport and drop you at your hotel, as well as helping with your luggage at both locations.

Will I Still Need Tibet Travel Permit to Take Flights to Shigatse or Nyingchi?

All international tourists and travelers are required to have a Tibet Travel Permit in order to enter Tibet and travel around the area of Lhasa. This includes those taking a flight to either Shigatse or Nyingchi. Since both airports are within the Tibet Autonomous Region, the same regulations apply to tourism as for anywhere else in the plateau region.

Before you travel, you firstly need to book your trip with a registered Tibetan travel agency, who are the ones responsible for obtaining your Tibet Travel Permit before you travel. As the pioneer company for tours in Tibet, we have a complete package option for you, which includes all of the permits, as well as the tour itinerary, guide, driver, and private vehicle.

You will also need to have other documents for visiting the locations of Shigatse and Nyingchi, and the requirements are different for each destination. For Shigatse, you also need to have the Alien’s Travel Permit, which is required for travel to certain “unopened” areas outside Lhasa, of which Shigatse is one. Other permits and passes are also required for traveling from Shigatse City to other destinations in the area, such as Mount Everest.

For Nyingchi, not only do you need the Alien’s Travel Permit, but you will also need to have the Restricted Areas Permit, also known as the Military Permit, for visiting the area. This is required for all travelers heading to certain military restricted zones in Tibet, which includes Nyingchi. You will also need tickets to enter some of the local attractions in Nyingchi.

All of the permits, passes, and tickets that you will need can be processed and obtained by us, once you have booked your tour of Tibet through us. We will make all the arrangements for the permit applications, so that you can relax and focus on your tour, as well as providing the guide, drive, vehicle, and other options that you need for a tour of the Tibet Autonomous Region.

It is not just Lhasa that you can fly into Tibet. With five airports in the region in total, you can also fly to Shigatse for those that are heading west into the remote areas of the plateau, or Nyingchi for those that want to explore the beauty of the mountains of this stunning alpine region. So if you are thinking of taking a tour of Tibet, and want to visit Shigatse or Nyingchi first, then you can talk to us and we can arrange the tour so you can enter Tibet to either of these delightful locations.

Read More about Is There Flight to Shigatse or Other Cities in Tibet, Except Lhasa?

Be the First One to Comment "Is There Flight to Shigatse or Other Cities in Tibet, Except Lhasa?"