What are the Most Recommended Places to Visit in Tibet?

Thousands of articles on hundreds of internet websites can tell you all about “the best places to visit in Tibet”. A quick search on Google will bring up millions of results for you to choose from, but this is not always the best way to find out what the best places are for you. Everyone has different needs and interests when traveling, and quite often, “best” does not mean “most suitable”. And this goes more so for Tibet, as this vast high-altitude region has such a wide range of interesting aspects of the landscape, scenery, traditions, culture, and people. So for the “best” places to visit in Tibet, based on different types of travelers, here are our expert recommendations.

Recommended Places in Tibet for First-Timers

If it is your first time to visit Tibet, then you may want to stick to the more local areas of the region near the capital. This allows you to understand not just the local culture and people, but to give you a milder experience of acclimatizing to the higher altitudes and the symptoms of altitude sickness, which everyone gets. The landmarks of Lhasa are ideal for first-timers to the plateau region, and you can lower yourself a little more gently into the culture, religion, people, and altitude of this unique region of China.

Lhasa has some amazing landmarks to explore for first-timers, from the beauty of the Potala Palace, built in the 17th century as the seat of the Dalai Lama’s power, to the ancient temple of Jokhang, home to the Jowo Rinpoche and the most sacred building in Tibetan Buddhism. Two of the most famous landmarks in Lhasa, these are ideal for easing you gently into the altitude and unique religious culture of the Tibetan plateau. You should also take in the wonders of Barkhor Street on your first visit too, as it will let you see a glimpse of the plateau beyond the capital. 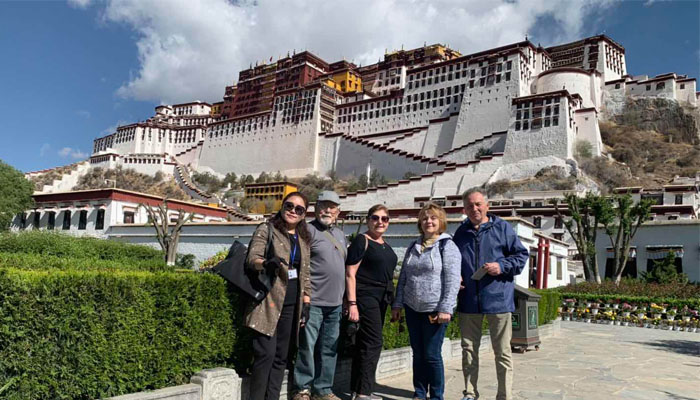 Potala Palace is one of the famous landmarks in Lhasa.

The stunning Lake Yamdrok is also one of the main sights for first-timers to Tibet, and gives you the chance to see one of the major sacred lakes of Tibet. Lying just outside Lhasa, over the crest of a high-altitude mountain pass, the lake is outstanding in it beauty, and gives you a unique insight into the delights of the stunning Tibetan landscapes. Known as the lifeblood of Tibet, the lake is widespread and the turquoise waters perfectly reflect the surrounding mountains.

If you have a love of the variety of cultures around this planet, then there are a very different set of idea locations for you in Tibet. Mainly found in central Tibet, these locations can give you the best examples of Tibetan culture on the plateau.

Tsedang in Lhoka Prefecture is the first and most important location for Tibetan culture as the cradle of Tibetan civilization. The area around Tsedang, the seat of the Lhoka Prefecture, is filled with ancient temples and stunning landscapes, and has played a huge role in the development of Tibetan culture. From the Tombs of the Tibetan Kings and the first palace at Yumbulakang to the famous Chim-puk Hermitage and the monasteries of Tradruk, Mindroling, Samding, and Samye.

Shigatse, the seat of Shigatse Prefecture, is one of the most important cultural destinations in Tibet, and is the location of the famous Tashilhunpo Monastery, the seat of the Panchen Lama in Tibet. Built by the first Dalai Lama, it is the largest of the Gelug monasteries and the religious, cultural, and political center of the prefecture. And Shigatse holds many more cultural delights, including the Summer Palace, the ancient Shalu Monastery, the Sakya Monastery, and the town of Gyantse, once the largest town in Tibet.

Gyantse is a cultural hotbed in central Tibet, and has some of the most unique cultural attractions in the region. Gyantse is the home of the Pelkor Chode Monastery, a 15th century monastery that houses not just three separate sects of Tibetan Buddhism, but also has a vast 8-meter tall statue of the Maitreya Buddha and a 3-dimensianal Mandala. 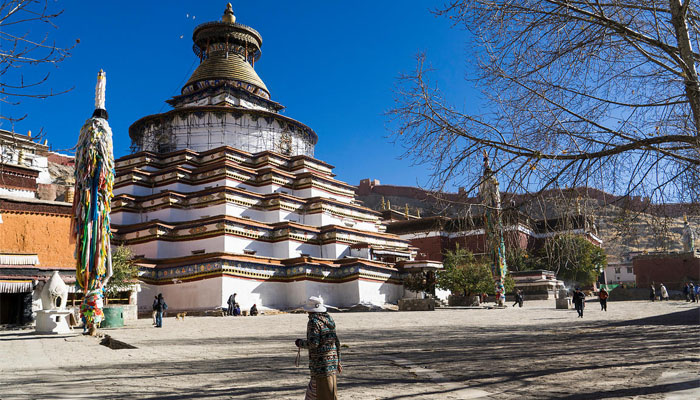 Inside the monastery lies the stunning Kumbum Stupa, once part of the main buildings of the monastery. This unique stupa, with its nine levels and 108 chapels, is the only one of its kind in Tibet, and is said to have enshrined more than 100,000 statues of Buddha. Gyantse is also the home of the Gyantse Dzong, one of the best-preserved fortresses in Tibet, and the renowned Pala Manor, the home of the Pala family, one of the most important noble families in Tibetan history.

If it is natural landscapes and scenery that you are looking for on your trip to Tibet, then you have come to the prefect destination in Asia. Natural wonders abound in this high-altitude land, from lakes and mountains to glaciers and forests.

Lake Namtso is renowned as being the Heavenly Lake in Tibet, and is one of the most sacred lakes on the plateau, Lying to the north of Lhasa, in Damxung County, this amazing body of water is the largest saline lake in Tibet, and the highest saltwater lake in the world. Surrounded by surreal beauty, Lake Namtso is the center of the beautiful landscape, lying between the long Nyenchen Tanglha Mountains and the vast Changtang Grasslands of Northern Tibet.

Nyingchi is the garden of Tibet, and the greenest and lowest region of the plateau. Likened to the famous Swiss Alps in Europe, Nyingchi is often known as the Switzerland of Asia, and has some of the most scenic landscapes in the world in its long deep valleys. Mount Namche Barwa is the highest mountain in the prefecture, and sits more than 5,000 meters above the bottom of the Yarlung Tsangpo Grand Canyon, the largest canyon in the world. The Niyang River is the longest of the tributaries of the Yarlung Tsangpo, and one of the most beautiful rivers in Tibet, while Draksum-Tso is a surreal lake of infinite beauty, and one of the most popular scenic spots in Tibet. 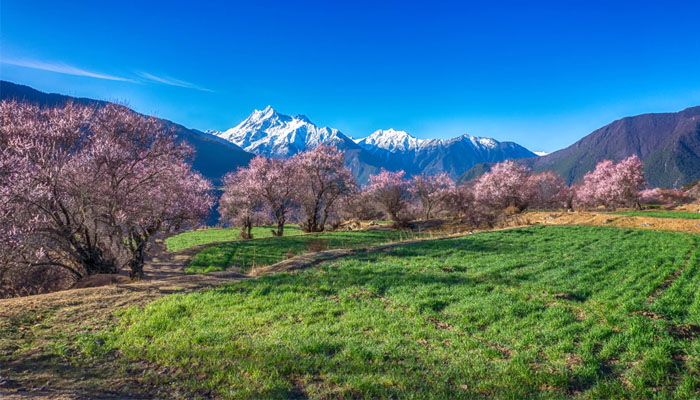 Nyingchi has some of the most scenic landscapes in Tibet.

Everest Base Camp (EBC) is one of the most popular tourist destinations in the world, and is located inside one of the most delicately-balanced ecosystems on the planet. While you may not see much “nature” here, you will have a great view of the most natural sight on the plateau, the summit of the world’s highest mountain. A short distance to the north, however, lies one of the most amazing natural locations in the world. The Gama Valley, which lies in Tingri County and Dinggye County, is rated as being “the most beautiful valley in the world”, and boasts several different kinds of evergreen, half-evergreen, and deciduous primeval forests. For the ultimate in natural landscapes and scenery, the Gama Valley is nature unrivalled.

Tibet has dozens of places where you can experience the amazing feeling of high-altitude trekking through mountains, valleys, and primeval forests. And while the hike to EBC from Old Tingri may be popular, there are two major treks that stand out above the rest.

The 4-day Ganden to Samye Trek is rated as being one of the best high-altitude hikes in the world. Starting from the Ganden Monastery in Lhasa, the trek passes over high mountain passes and through secluded valleys where only nomadic herders and their yaks live in harmony. A fulfilling and pleasant hike, though not one to be underestimated, the trail follows the ancient pilgrimage route that takes you to Samye Monastery, on the northern side of the Yarlung Tsangpo River in the southern slopes of the Nyenchen Tanglha Mountains. The hike starts at an altitude of 4,180 meters, and rises to a massive 5,250 meters at the Shogu-La Pass before dropping down again to the barren area around Samye, at around 3,540 meters.

The other trek worth mentioning as one of the best in the world is the hardest trek in Tibet, the Mount Kailash Kora Trek. A 52-kilometer hike around the most sacred mountain on the planet, the route of the trek follows an age-old path used by pilgrims since before Buddhism began. Located in the northwest of Tibet in Ngari Prefecture, Mount Kailash is held to be sacred in four religions, and the hike around the mountain is a test of the mind, the body, and the spirit. 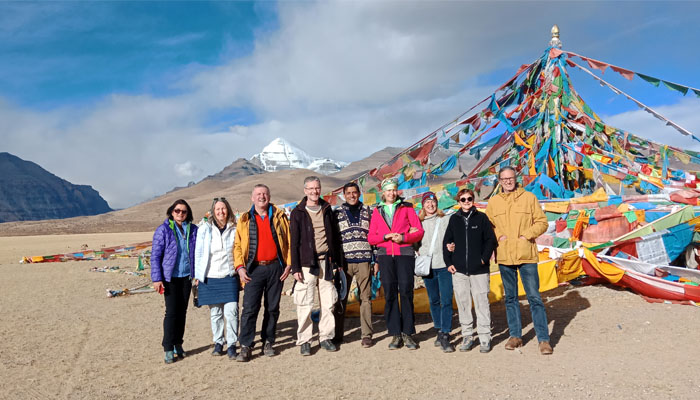 The trek is arduous and rough, and not for amateurs, with a high-altitude pass at Drolma-La that reaches up as high as 5,650 meters at its crest. The trek starts in the plain to the south of the mountain at Darchen, and follows the natural valleys around the mountain, crossing the high pass between the main two valleys to return to the plain in the south. A natural circuit, it is easy to see how it has become a pilgrim’s favorite for many thousands of years, and a trekker’s favorite adventure in more recent times.

As said, the best places to visit in Tibet are dependent on the requirements of the traveler, and what suits some may not necessarily suit others. So for the best options for you, take a look at the places that you can go in Tibet, decide which you want to visit based on your own personal interests, and then get in touch with our expert travel consultants to arrange your once-in-a-lifetime tour of the Roof of the World.

Read More about What are the Most Recommended Places to Visit in Tibet?

Be the First One to Comment "What are the Most Recommended Places to Visit in Tibet?"