Is There A Direct Flight from Hong Kong to Lhasa?

Direct Flight from Hong Kong to Lhasa Will Open Soon

Tibet Airlines, the new Chinese carrier dedicated to flights into and out of the Tibet Autonomous Region, recently announced that they would be starting direct flights from Hong Kong to Lhasa, and vice versa. The announcement, which was issued by the airline in October 2019, stated that the flights, which would run three days a week, would begin on November 1, 2019. However, the flight has yet to be opened to Tibet from Hong Kong, due to delays with the processing of the licenses to run the flights from aviation authorities. The changes were postponed originally until December 2019, but have been postponed again until May 2020, to date. 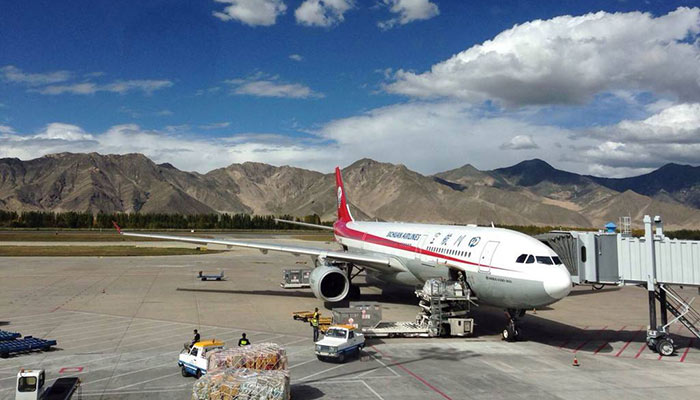 The direct flight from Hong Kong to Lhasa will open soon.

The easiest way to get to Lhasa from Hong Kong is by flight through Chengdu in Sichuan Province. Flying from Hong Kong to Chengdu first, then changing at the Chengdu Shuangliu International Airport for Lhasa, you can easily book connecting flights as separates or as a connecting journey, depending on your preferences.

Chengdu is also one of the more popular places to stopover in for those that want to explore a little before heading for Tibet. Not only are there plenty of things to see and do in the city itself, you can also go spend a day with the famous giant pandas in the Panda Research Base. Or take a short river cruise to visit the tallest Buddha statue in the world at Leshan, plus many other attractions. 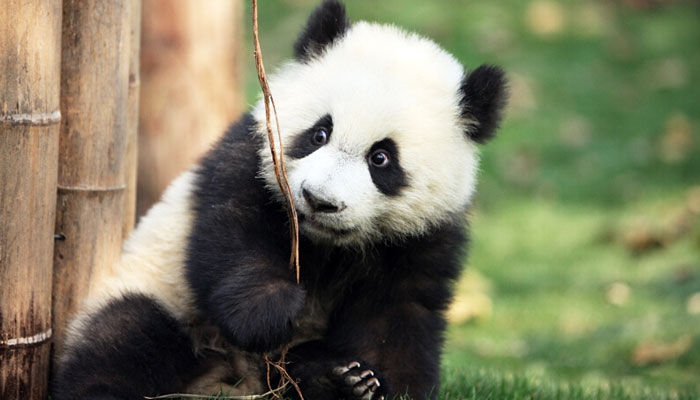 Chengdu is the hometown of Giant Panda.

There are five daily flights from Hong Kong to Chengdu, which take around 2 hours 40 minutes to reach the airport in Sichuan Province. The flights to Chengdu are offered by Air China and China Eastern, and cost from around US$ 283 per person for one-way economy flights. The advantage of flying via Chengdu, rather than using other cities in China for the trip to Lhasa from Hong Kong, is that you can easily make the connection with the flights to Tibet if your time it right.

Direct Flight from Chengdu to Lhasa

With flights to Chengdu running at various times from 10 in the morning to after 8 o’clock in the evening, you can get your connecting flight to Lhasa right up to 2:30 pm. However, if you are arriving in the latter part of the afternoon, you will need to stay overnight in Chengdu before heading on to Lhasa.

Chengdu is the main departure airport for flights to Lhasa from mainland China, and is one of the most popular of all the airports with direct flights to Tibet. With fourteen direct flights a day, there are plenty of options for connecting flights. The flights from Chengdu to Lhasa take around 2 hours 15 minutes to reach the Tibetan capital airport, and cost from as little as 155 US dollars per person for one-way economy flights.

An alternative to flying through Chengdu, you can also decide to fly via the nearby municipality of Chongqing. The only inland municipality in China, Chongqing is a popular departure location for Tibet. Located at the confluence of the Yangtze and Jialing Rivers, the area around the municipality is renowned for the famous Three Gorges Dam, and Chongqing offers cruises to and through the dam on the Yangtze River. And as the former provisional capital of China during World War II, the city has a wealth of attractions to discover. 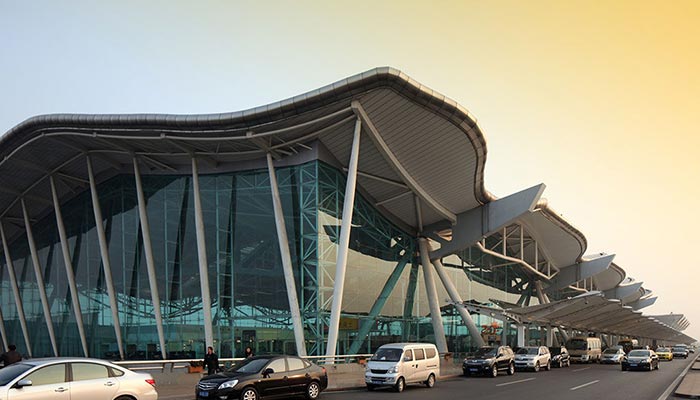 Fly from Hong Kong to Lhasa via Chongqing.

Direct Flight from Chongqing to Lhasa

There are nine daily direct Chongqing to Lhasa flights, operated by a number of different airlines in China. However, with the flights to Chongqing from Lhasa only arriving in the evening, you will likely have to wait until the following day to take the flight to Lhasa. The flights from Chongqing to Lhasa take around 2 hours 40 minutes and can cost from as little as 127 US dollars per person for the one-way economy flights. However, since they start as early as 6:00am daily, you can actually arrange the flights to get to Lhasa for your first day on the plateau just in time for a late breakfast.

Taking flights to Lhasa from Hong Kong via Xi’an is another option that is available for tourists to Tibet, though flights to Xi’an can be limited. Fortunately for those travelers that may have to stop over in Xi’an, or those that want to do a little exploration while they are there, this amazing Shaanxi capital has plenty to offer the discerning traveler. Lying on the vast Guanzhong Plain, this ancient capital city of Imperial China is home to the famed Terracotta Warriors, the army built to accompany the First Emperor of China into the afterlife. The city, which is one of the oldest in China, is also home to the Big Wild Goose Pagoda, one of the most unique temples in China. 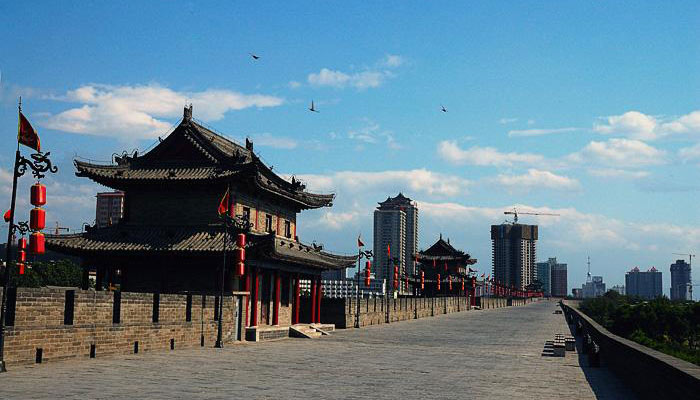 Xi'an City Wall is one of the oldest, largest and best preserved Chinese city walls.

With only two daily direct flights to Xi’an from Hong Kong, you are a little limited in travel to the city from the former British colony. The flights to Xi’an from Hong Kong are offered by China Eastern and Cathay Dragon, and take around 3 hours to 3 hours 15 minutes to reach the capital of Shaanxi Province. The cheapest flights can cost as little as 199 US dollars though, so the flights are not too expensive. However, the limited number of flights means that you may need to stop overnight in Xi’an before heading on to Lhasa the following day if you take the later flight from Hong Kong to Xi’an.

Direct Flight from Xi’an to Lhasa

Xi’an’s Xianyang International Airport has around eight daily direct flights to Lhasa, which gives you a lot of options for your connecting flight after arrival from Hong Kong. The flights from Xi’an take around 3 hours 5 minutes to reach Lhasa, and cost from as little as 147 US Dollars per person. The flights begin as early as 7:40 am daily, and run eight times throughout the day, though the last flight departs at 3:45 pm, so the later flight from Hong Kong will miss the connecting flights. However, with plenty of things to do and see in the city itself, the overnight stop, if you have to make one, is well worth the minor inconvenience.

For anyone taking a Hong Kong Tibet tour at the moment, it is easily possible to get good connecting flights to Tibet via such cities as Chengdu, Chongqing, and Xi’an. And until the direct flights with Tibet Airlines are finally opened after the repeated delays in starting, these three connecting cities offer the best options for attractions while you are waiting for the flights to Tibet.

Read More about Is There A Direct Flight from Hong Kong to Lhasa?

Be the First One to Comment "Is There A Direct Flight from Hong Kong to Lhasa?"