How to Get to Tibet from Australia

Australia to Tibet via Mainland China

If you haven’t been to China, the way of getting from Australia to Tibet via mainland China could be a good choice. Not only because of the multiple flights between Australia and China, but you can enjoy a splendid China and Tibet tour to visit two popular bucket list destinations at once.

Flights to China from Australia

Taking a flight to China from Australia is the first step for you getting to Tibet. At present, the best option for departure is Sydney, where you can fly directly to Beijing, Shanghai, Guangzhou, Chengdu and Hong Kong, which are top gateway cities to Lhasa from mainland China. The flights to China will take around 10 to 15 hours, with no or one stop on the way. And it is recommended to book your flight in advance so as to get more discount deals.

Flight Schedules from Australia to China

China to Tibet by Flight

Once you enter China by flight, you have a wide selection of routes on getting to Tibet. And depending on your travel time and budget, you can choose the way of Tibet train, flight or overland to Lhasa.

The flights to Tibet are the fastest way, which could cut down your travel time drastically on transportation. Except Hong Kong, all other entry cities you’ve landed on by air from Australia have flights direct to Lhasa, Tibet. The flight from Beijing to Lhasa departs twice per day, and the ones from Shanghai and Guangzhou leave once every day respectively. All the three cities offer morning flights to Tibet.

Although the popular cities like Beijing and Shanghai are always considered the first choice for flight connections, Chengdu indeed plays an important role on transferring, despite of its inland location. There are more than a dozen flights from Chengdu to Lhasa during the peak travel time, and the time of flight could be as short as 2 hour and 15 minutes. So, if you are going to fly to Tibet from mainland China, taking the flight from Chengdu is recommended.

Flight Schedules from China to Tibet

China to Tibet by Train

Taking the train to Tibet is not only a way of transportation for budget travelers, but also a God-given trip to appreciate the unparallel landscapes that one cannot find anywhere else on the planet. Totally there are 7 cities offering trains to Lhasa, including Beijing, Shanghai, Xining, Chengdu etc. It generally takes around 2 to 3 days to reach the plateau from mainland gateway cities. 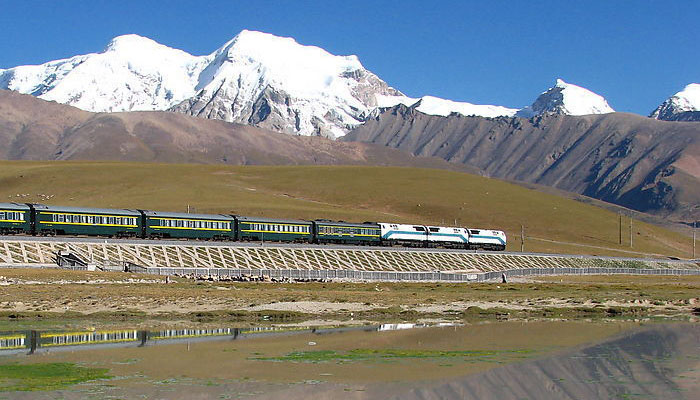 Get to Tibet by Qinghai-Tibet Railway

For international tourists planning to board the train to Tibet, you are highly advised to take the train from Xining. Since the train from Xining to Lhasa runs only for about 21 hours, with the shortest duration to cover the most highlighted parts of the scenic Qinghai-Tibet Railway. From Xining, there are the most frequent trains departing every day, since every trains running to Tibet will stop here.

When it comes to the type of the seats, there are three choices for one to take the Tibet train, namely Soft Sleeper, Hard Sleeper and Hard Seat. Among them, the hard sleeper is the best option, as it is largely cheaper compared to the soft sleeper, while offering an alone berth for comfortable sleep onboard the train. But if you seek for more privacy, soft sleeper will be your choice as it only contains four berths in a cabin, and a lockable door is provided for each cabin.

China to Tibet by Road

As is a popular way for domestic tourists, driving overland to Tibet could also be an accomplishable adventure for international travelers to get to the mysterious highland. There are four highways connected to Tibet from China, from different directions. And the world-famous road of G318 is undoubtedly the most popular choice for many. 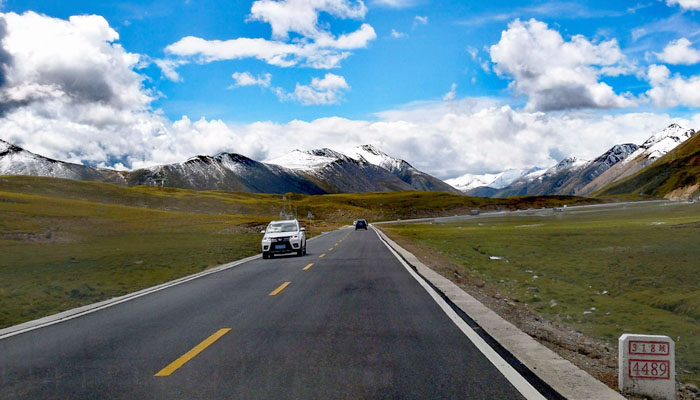 Get to Tibet by Sichuan-Tibet Highway

The route takes you to travel overland from Chengdu to Lhasa, passing through a collection of incredible nature spots, like Photography Paradise of Xindu Bridge, colorful Ranwu Lake, massive Banda grassland, verdant forests in Nyingchi etc. It normally takes one or two weeks for this road trip, and best time for travel will be April to May and august to October, as so roads could be dangerous under harsh weather like heavy snow or rainfall.

Australia to Tibet via Kathmandu, Nepal

The second choice for getting to Tibet from Australia is to transfer via Kathmandu, Nepal. You can first take a flight from Sydney to Kathmandu, and then enjoy an overland or flight trip to Lhasa from the capital city of Nepal. From Australia, the flight from Sydney to Kathmandu could fly around 15 hours to 23 hours, with one stop in KUL, DOH, BKK, AUH. The flight price starts from $397 for one-way ticket. 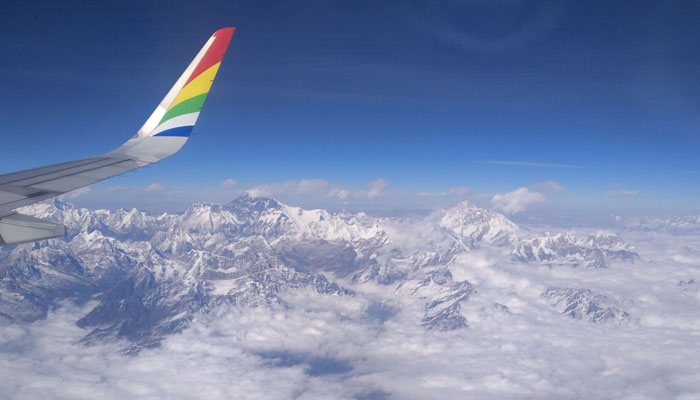 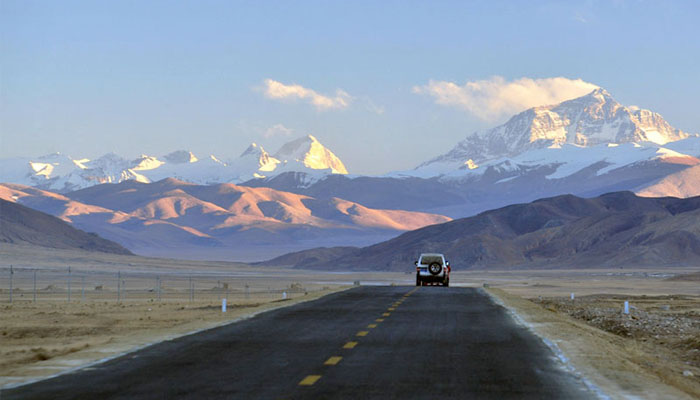 While, if you have enough time and budget, you should not miss overland journey from Kathmandu to Lhasa. Driving across the mighty Himalayan ranges, the road trip will take you to witness the world’s highest peak - Mount Everest, visit Tibet’s second largest city - Shigatse, and view Yamdrok Lake - one of the three holiest lakes in Tibet, and many more, before reaching Lhasa. Normally covering 8 days, the trip is a world-class overland journey for one to enjoy the best of Tibet has to offer.

Permits for Travelling to Tibet from Australia

Firstly, for tourists travelling from Australia to Tibet via China, you need to get the Chinese Visa ahead of time. The Chinese Visa can be applied by yourself or your mandator through the Chinese Embassy in your own country or a third country. Then in order to enter Tibet, you need to obtain the Tibet Travel Permit, also called Tibet Visa, which is required for check while you board the train or flight to Lhasa.

The Tibet Travel Permit is a necessary entry permit for international tourists visiting Tibet. And it can only be applied by your travel agency from which you have booked a Tibet tour, since individual application of the permit is not allowed. Your travel agency will summit your documents (including the copies of your passport and Chinese Visa) to the Tibet Tourism Bureau for application. And it normally takes 8 to 9 working days to get the permit issued.

Then, if you plan to visit Tibet’s remote areas such as Mount Everest Base Camp, Ngari Prefecture, Shannan, etc., you will also need to apply for other Tibet travel documents according to the itinerary, such as Aliens' Travel Permit, Military Area Entry Permit, etc.

In addition, if you choose the route of travelling to Tibet via Nepal, the situation of permits will be slightly different. Instead of the Chinese Visa, you will be required to get the Chinese Group Visa in order to get to Tibet from Nepal. The Group Visa can only be applied through the Chinese Embassy in Kathmandu. So you’d better reserve 2 or 3 days in Nepal for the visa application after you arrive in Kathmandu.

Enjoying a trip to Tibet from Australia is a lifetime experience for one to remember. And the way for getting from Australia to Tibet is not that complicated as many assumed. As long as you decide your own preferred destinations to visit, you can choose the itinerary either via mainland China or Nepal. As the leading Tibet tour operator with years of experiences, we are sincerely to provide professional and customized advice to every visitor to Tibet. If you still have problems on visiting Tibet from Australia, please feel free to contact us or leave your comment below. 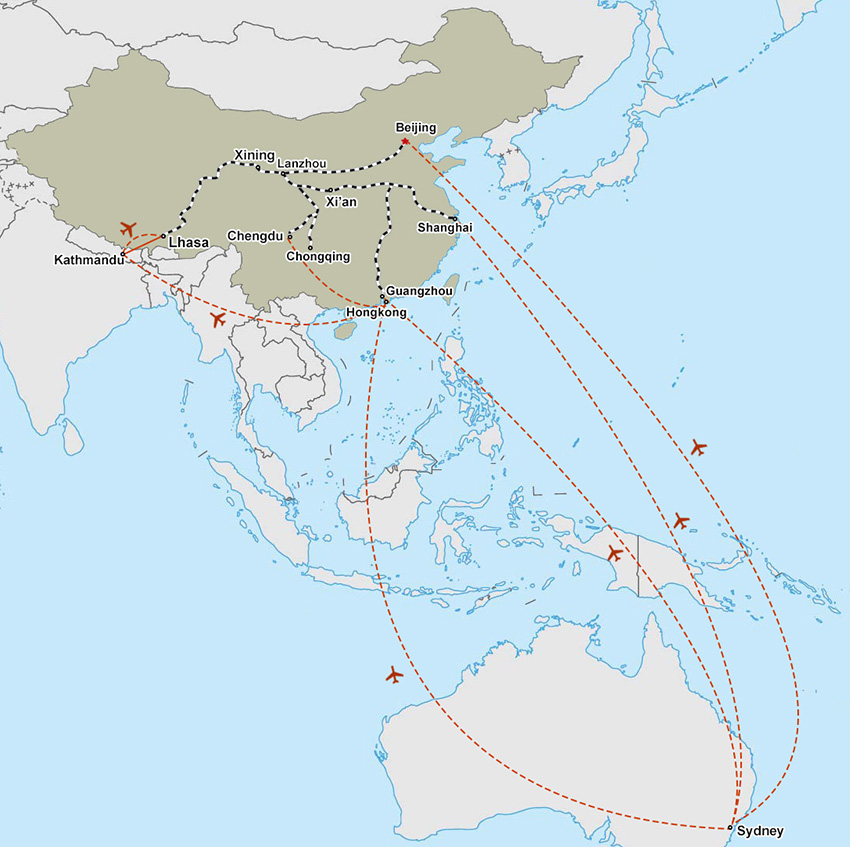 Distance from Australia to Tibet:

2) Australia - Nepal - Tibet: First take flight from Sydney to Kathmandu, Nepal; then fly or drive overland from Kathamndu to Lhasa.