Overland Tour from Xining to Lhasa

Xining is the capital of Qinghai province and Lhasa is the capital of Tibet. It is also a great place to explore diverse culture—Muslim (Hui, Salar, and Uighur,) Tibetan and Han Chinese. This brings a very interesting mix in the culinary of this place. Xining is also popular because of its proximity to Qinghai Lake, watching sunrise from this lake is known to be an experience to remember. Xining is truly the landing point or starting point to the infamous Qinghai- Tibet Railway/ Highway. That's to say, you can travel from Xining to Tibet by train or car. 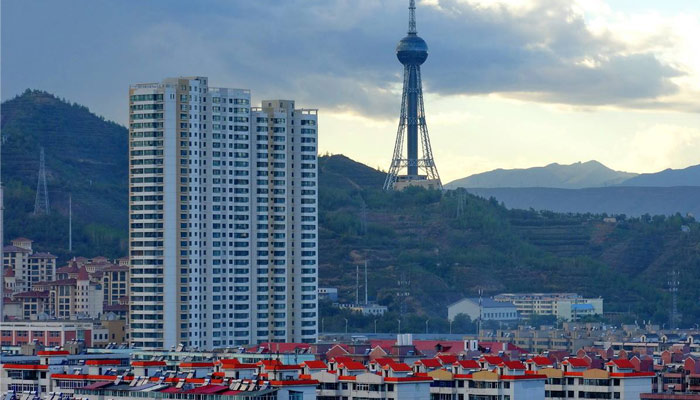 Xining is the capital of Qinghai province

Travel from Xining to Lhasa by Train

Travelling to Tibet is one of the most soul- cleansing experiences man can have, but travelling to the ‘Land of Snow’ by taking world’s highest railway is an experience at a whole other level. Qinghai- Tibet Railway is dubbed as the ‘Route to the Sky’ for the phenomenal views and because it is the highest railway in the world. You get to see the part of land that is otherwise inaccessible. 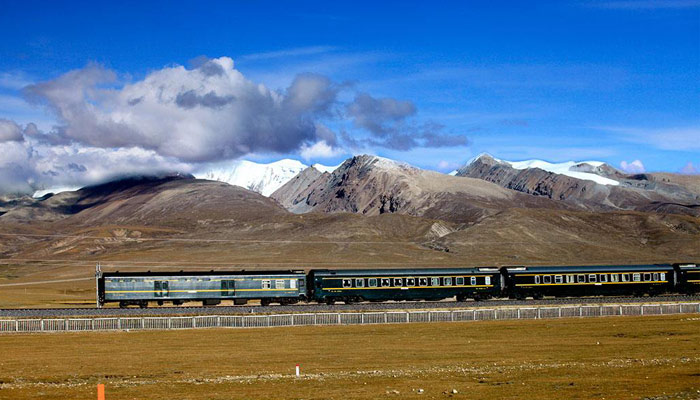 *Market prices of Tibet train tickets are usually subject to change according to the travel date and season. Due to limited supply of tickets it is better to book 3- 6 months in advance, especially in peak season.

*Oxygen systems start working throughout the train when you reach Golmund.

The sceneries enroute to Lhasa are nothing less off wonder. The train passes across mountains, prairies, grasslands, lakes, native fauna, rivers and what not. The journey to the ‘roof of the world is a total feast for your eyes. Here are the attractions you are to come across during your journey:

As the train goes higher in altitude, its gets scarce of population and abundance of grasslands and vegetation. The Jinyintan prairie located 120kms away from Xining is vast green grasslands and small beautiful flowers. The 1100kms fertile land is green as far as your eyes can see. 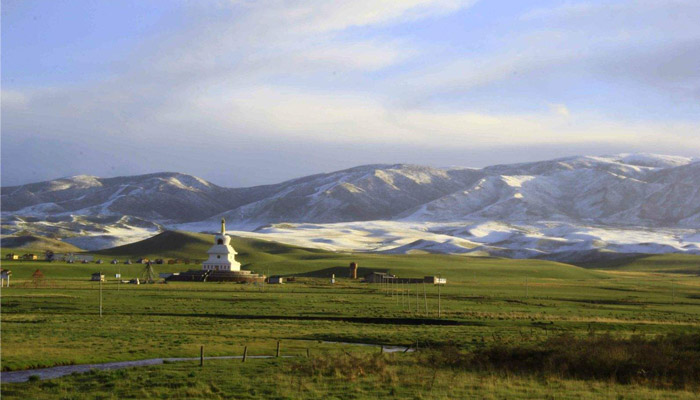 Qinghai Lake is the largest inland saltwater lake in China. The lake is at its pinnacle in the months of July and August, when flowers have fully bloomed. The train runs across the north side of the lake. The reflection of the snow-capped silver mountains on the crystal clear blue lakes is truly a sight to behold. 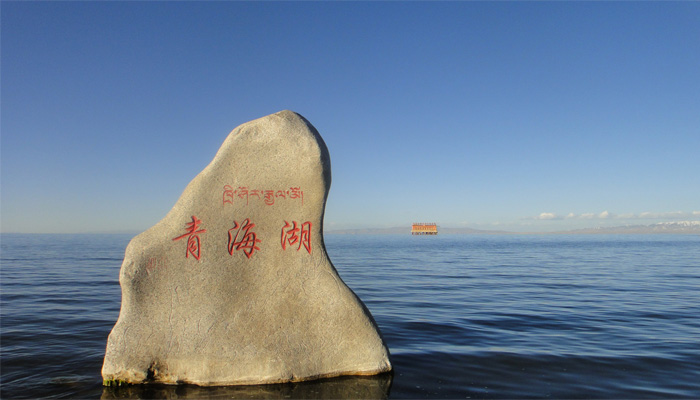 The next lake following the Qinghai Lake is the Qarhan Salt Lake. “Long Salt Bridge” is what makes this lake noteworthy. It is a broad road made entirely out of salt across the lake. The road is 32km long and even the rail bed is made of all kinds of salt in this part of the rail road. 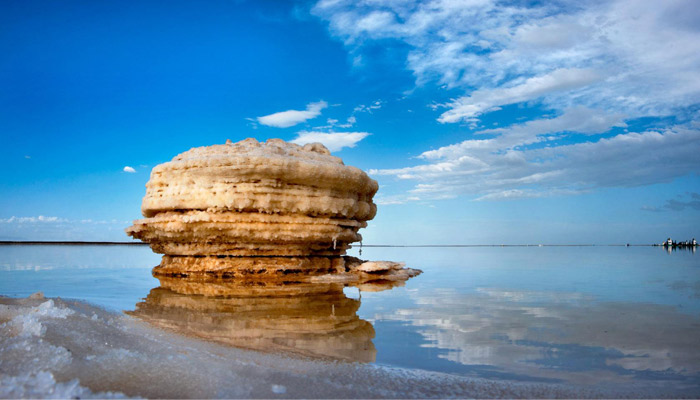 A short while after you move from Golmund, you will come in view of the “paunch” of the Kunlun Mountains. Looking through the window here, travellers can see the east pinnacle of Mt. Yuzhu. After going through Kunlun tunnels, the travellers can see a couple of Taoist sanctuaries, stone statues, and Mani stones of Buddhist monasteries. 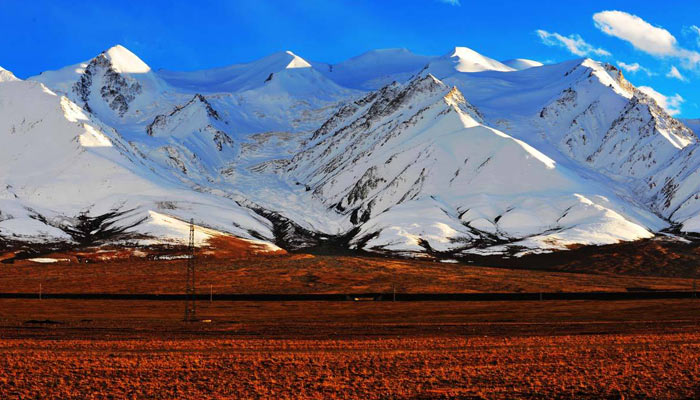 The train next moves on to Hoh Xil, which is world’s third largest and China’s largest unpopulated land. If you are lucky you get to see rarities like Tibetan antelope and Yak. The rail line in this area does not deviate and is said to drive right into the ‘heaven,’ for it is aptly nicknamed as ‘heavenly road. 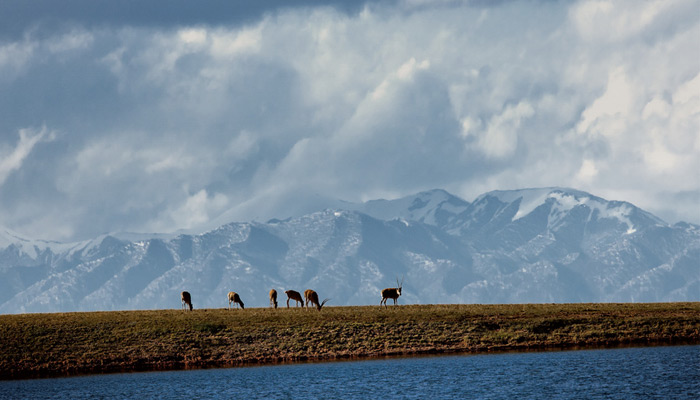 Maybe you can see rarities like Tibetan antelope and Yak 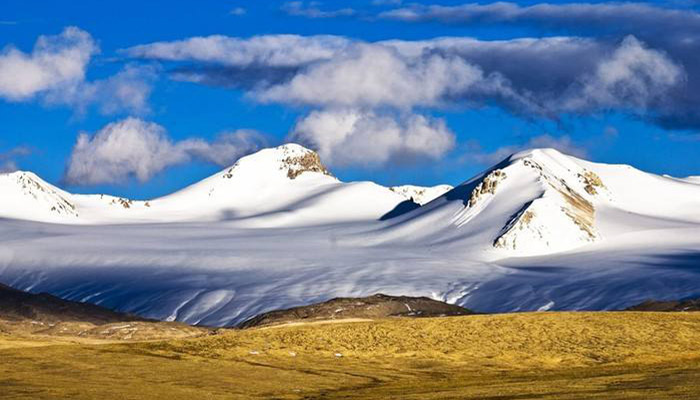 Out of the Tanggula mountains and into the Qiangtang pasture. The Nagqu railway station is present here. This pasture is known popularly among tourists for the extraordinary horse racing festival that are held during the month of August. 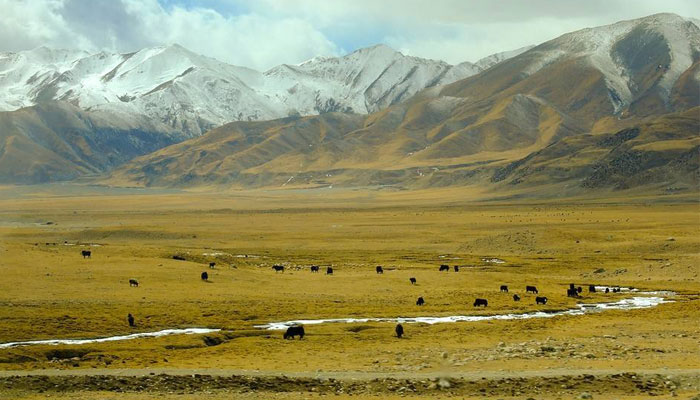 The train will go past across the Cuona Lake which is notably the most astounding freshwater lake in the world. Cuona Lake means ‘Heavenly Lake,’ And true to its name it not only attracts a lot of worshippers but the sights are also pretty heavenly. The sight of fishes frolicking around freely in the clear blue lake combined with the blue sky and never-ending grasslands, this is definitely a sight worth a million bucks. 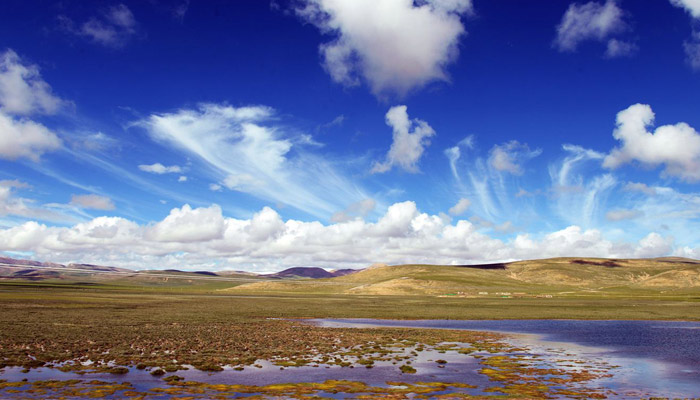 This is the last mountain in the route. You will find a giant prayer flag worshipping the Mountain God. If it is sunny, you will be able to see past the mist and witness Nyenchen Tanglha Mountains in all its glory, where it surpasses even the clouds. 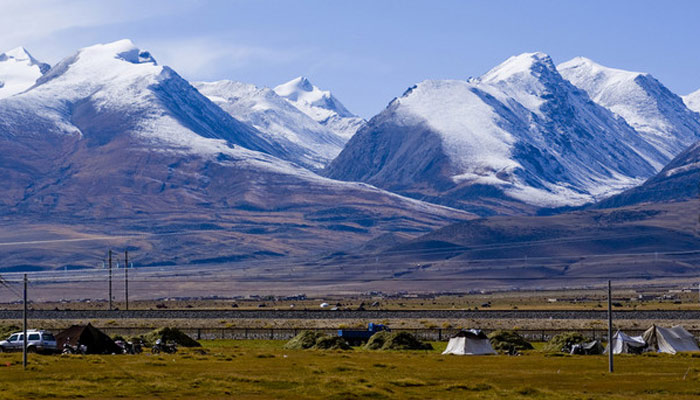 Upon reaching Dagze County you will find the elevation dropping suddenly. You will even find a couple of villages. The pretty trees make up for a pretty landscape here. Next is the final stop-- Lhasa, the capital of Tibet. 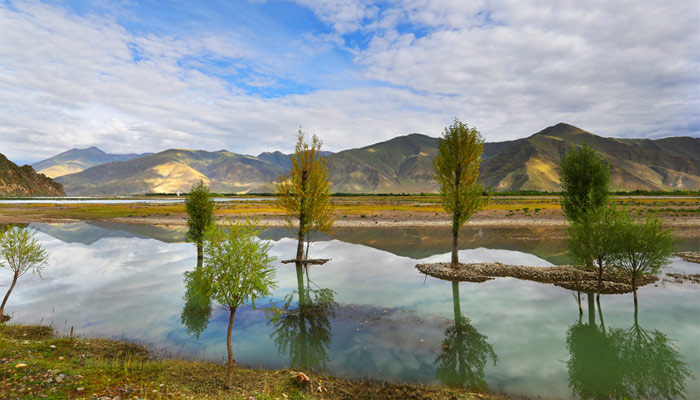 Tibet Train Facilities, What to Do and Other Travel Tips

Food Available on the Train

There is a dining car in the train with two menus, one for morning and one for noon and night. In the morning, you can have western breakfast (pickles, bread, eggs, milk, and coffee) or Chinese breakfast. For lunch and dinner there are only Tibetan and Chinese cuisine. There is no dearth for noodled variety. The price is of food is expensive compared to prices of food on land. Each dish is CNY 25, so for two the average cost would be around CNY 100. You can also order drinks in the non- meal time. Having some beer while enjoying some phenomenal scenery is indeed a good way to spend time during your journey. 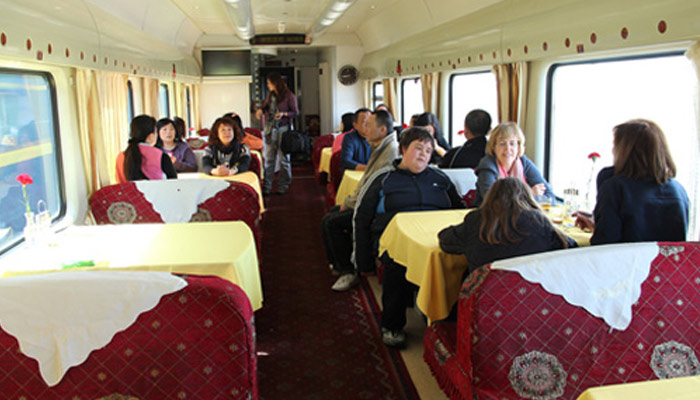 There is a dining car in the train

You can buy food from supermarkets before you board the train. Since you get unlimited boiling water, you can buy some noodle cups, chips, snacks, whatever. You can also buy snacks when they stop the train in stations. But the trains don’t stop for long in many stations so be quick about buying and don’t offer bills of higher value, for the vendors might not have change. 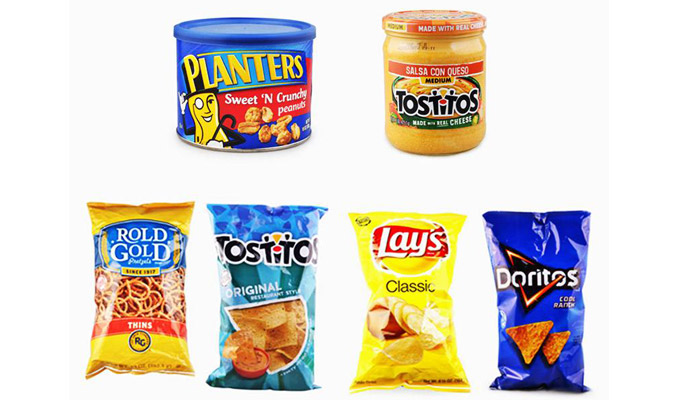 You can buy food from supermarkets before you board the train

All the trains are equipped with decent facilities to provide temporary medical services. There are trained doctors and nurses. Altitude sickness is a common factor among many passengers, so emergency services will be readily provided if anything happens. You will be provided extra oxygen if needed. There are oxygen outlets throughout the train. 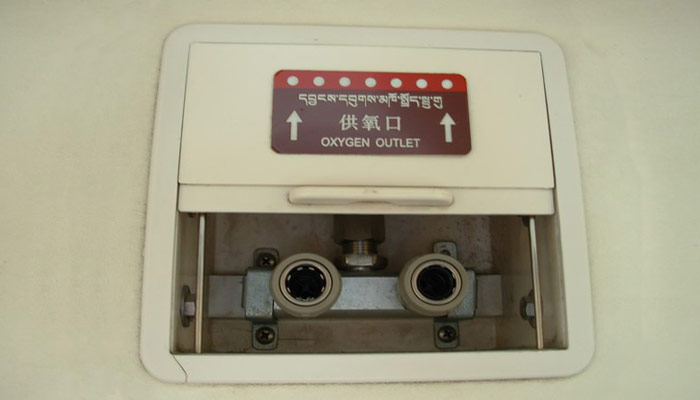 Visit your physician before you start this journey and get appropriate medicines for altitude sickness. Train is a better way to acclimatize than flight. Fly to Xining, stay there for a couple pf days to acclimatize and start the slow ascend on the train.

Toilet and other amenities

There are two toilets at the end of each car. One western and one Asian. There are three public sinks to wash your hands. There is an emergency button inside each bathroom to notify the medical team in case something happens.There is also a separate bathroom for the disabled. 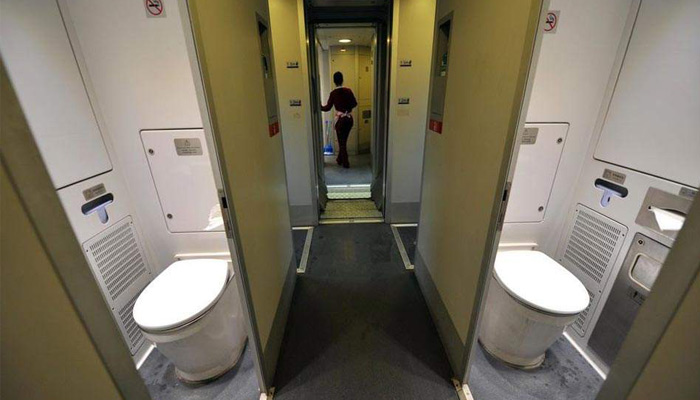 There are two toilets at the end of each car

The bathrooms are pretty clean, but over the time, it might become a little dirty and you might not get enough toilet paper or towels. It is better to buy your own towels and toilet papers, for you might not find them in train towards the end of the journey. There is a hot water dispenser for your coffee and milk. There are also electric outlets to charge your phone in the train. 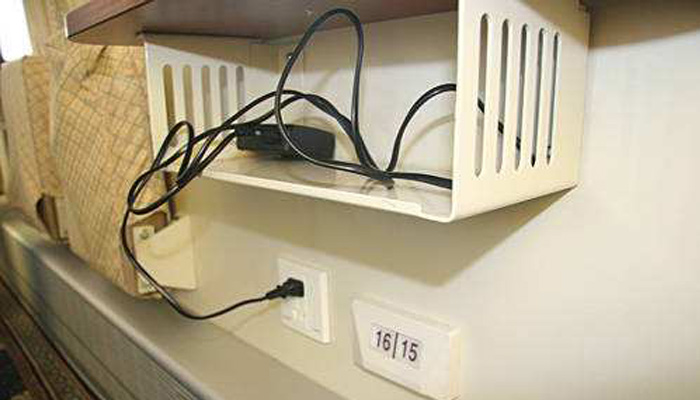 Travel from Xining to Lhasa by Road

The Qinghai- Tibet highway starts from Xining and ends in Lhasa. Xining is one of the most popular gateways to Tibet. Qinghai- Tibet highway is one of the busiest highways and most favourite among the travellers. This highway is the shortest and safest compared to other routes. It goes across four mountains—Kunlun (4, 700m), Fenghuo (4, 800m), Tanggula (5, 150m), and Nyainqentanglha. It spans across three rivers—Tongtian, Tuotuo, and Chuma’er. The highway stretches for about 1, 947km with an average elevation of 4, 000m. the speed limit is 60km/ hr. 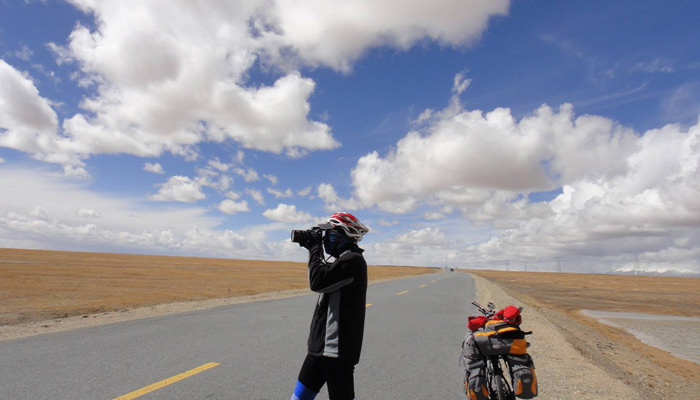 The best time to go is from May to September. Mind you, the roads are not smooth all along the way. Rainfall may deter your trip a little bit.

You might not get too see all the spots you get to see while going in the train. Here are some of the scenic spots you will come across while travelling by car.

Being the new industrialist city. When the highways are blocked during cold winters, the buses switch to Golmud so it is one of the key junctions in overland routes. 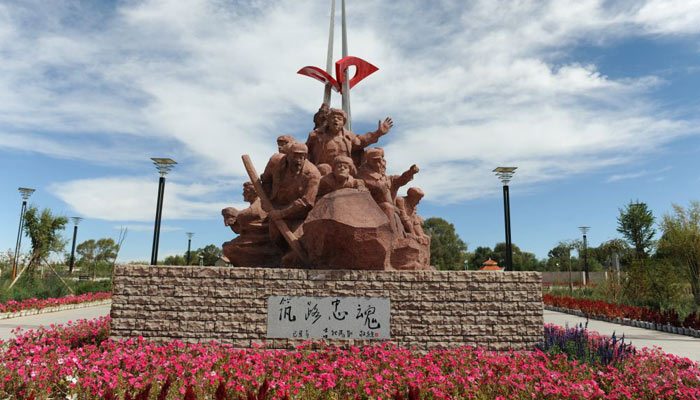 Kunlun Mountains are 110km from Golmud. When you start around afternoon from Golmud, people stop around here just in time for dinner. The oxygen is thinner here and it might be a little hard to have food because of light headedness or nausea. Weather is quite unpredictable in mountain areas, so it might even snow in the months of July or August. 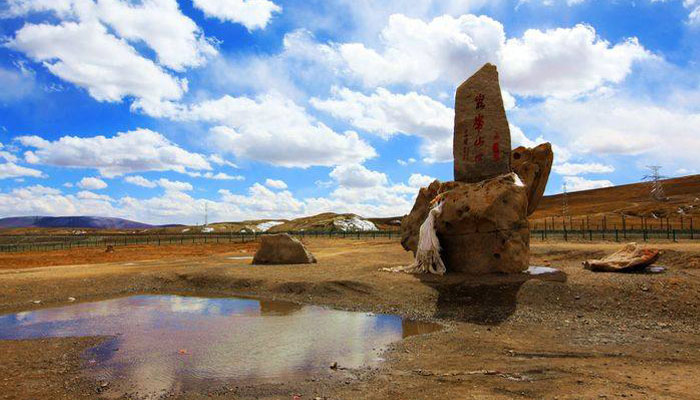 You will cross Tuotuo river for about 203km to find the whole Tanggula pass which is the highest point in the whole Qinghai- Tibet route. With the temperature under zero for most time of the year, the earth is frozen here. The oxygen is only 60% thick and you are likely to experience altitude sickness here, if you haven’t so far. The roads are damaged and will be blocked by snow even in summer months. But it is a sight to behold. So, it will be worth it. 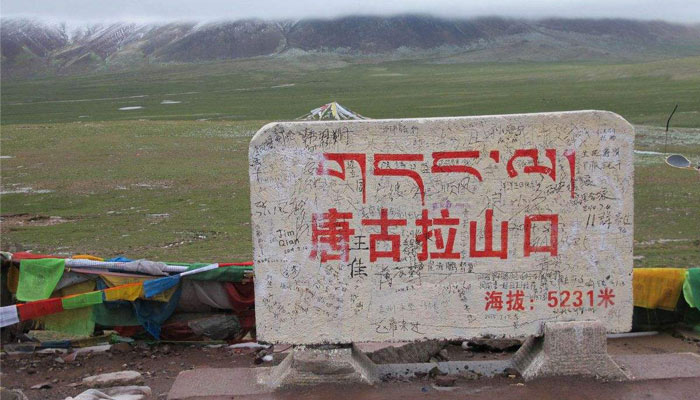 Nagqu, means ‘black river’ in Tibetan. It lies between Tanggula pass and Nyainqentanglha mountain. This is where the annual horse racing is held and people from all over the country come to see it. 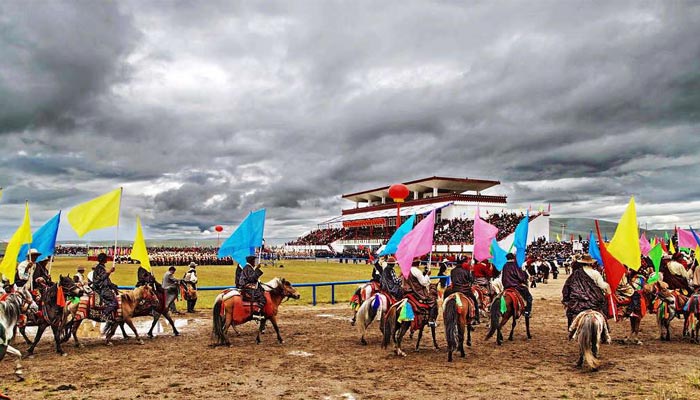 The annual horse racing is held

Lies in the Central Tibet. The tourist attractions here are Lhamo Namco sacred lake which is 48km from Damxung and Yangbajain Geothermal hot springs. Lhasa is 87km from Yangbajain. 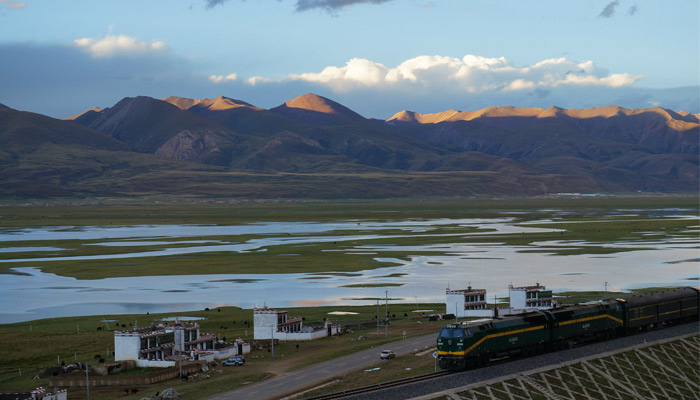 You can hire cars, tourist buses or vans. But it is best to hire a Land Cruiser. Foreigners cannot drive by themselves, they should have appropriate travel permits and an agency approved driver and guide.

The travel may take anywhere between 35- 48hrs. Take enough food with you and oxygen tanks with you. Take medicines too as there may not be many shops where you can get them from. The food along these roads are often bland or unavailable.

Clothing should be warm for the night time. To avoid altitude sickness or not aggravate the existing sickness it is advisable that you don’t undertake a lot of activities.

The car rental is billed in terms of CNY 4- CNY 6 per kilometre. People usually rent cars for journey back from Lhasa.