How to Get to Lhasa from Shanghai

Shanghai is one of the few cities that has everything. There is something to see, explore, and enjoy for all kinds of people, from the glitz and glamor of one of the most culturally-diverse cities in the world to the rich cuisine, mind blowing architecture, lovely backstreets, and so much more.

From the City God Temple and the Yu Garden to the China Pavilion and The Bund, Shanghai is a city that should not be missed if you are stopping even for a short time in China. And with direct links to the world’s highest capital city, Lhasa, this vast metropolis is a great place from which to begin your epic adventure to Tibet, the land of monasteries and mountains. Seeming too distant from each other, it is in fact not complicated to get to Lhasa from Shanghai. Here we are going to introudce the ways to Tibet from Shanghai.

Option 1: Get to Lhasa from Shanghai by Train

One of the best options for travel to Lhasa is the amazing Tibet Train, which departs daily from the city and travels overland across the while country to Lhasa. 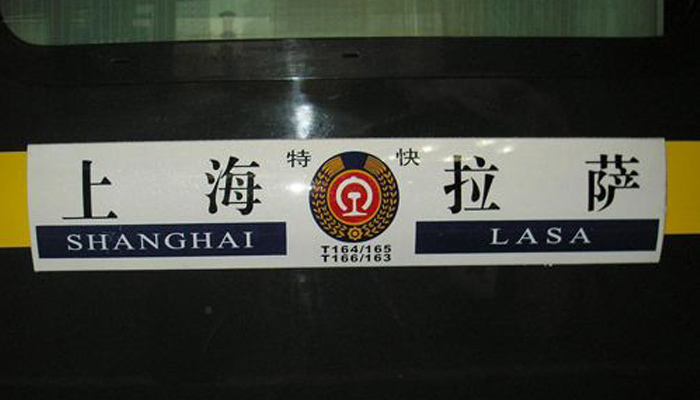 Why Take the Train from Shanghai to Lhasa?

Travelling to Lhasa has been often dubbed as a soul cleansing, spiritual, and rejuvenating journey. And travelling by train is a very popular mode of transport among tourists, as the Qinghai-Tibet Railway is the highest railway in the world. The epic journey from Shanghai to Tibet is a delight on the Tibet Trains.

For anyone that loves train travel, this is the ideal way to get to Tibet. The train from Shanghai to Lhasa is one of the longest of the seven train routes to Lhasa. Crossing six provinces of China before climbing up to the high-altitude Tibetan plateau, the route to Tibet passes through some of China’s most outstanding local scenery. Trains may not be the ideal option for those in a hurry, but if you are running on a budget, they are always a lot cheaper than flights from the same city. The train has a piped oxygen supply for reducing the risk of altitude sickness while you are on the train traveling across the plateau.

With such a long travel time, it may appear as if there is no other advantage than cost for taking the trains to Tibet from Shanghai. However, what few people realize is that the trains all cross the Tibetan plateau to Lhasa mostly in daylight. And with the Shanghai-Lhasa train arriving in Lhasa at around 7:44pm on the third day, it means you will have been able to get the best views of the landscapes and scenery of northern Tibet along the way. By the time the trains reach the mountain passes to cross the Kunlun and Tanggula Mountains, the sun is already rising, and you get to see the amazing sight that few people get to view in northern Tibet and Qinghai Province.

Attractions along the Shanghai to Lhasa Train Journey

Until it reaches Xi’an, the train goes through central China. Along the flat scrubby plains of Shaanxi, the grass is withered, trees are lifeless, and there are just lines and lines of buildings. Once it reaches Xi’an the landscape changes. From here, be ready for a whirlwind of a ride and sceneries, going through tunnels, mountains, lakes, ice mass, streams, and vast fields. There are some of the amazing sceneries you will see on the second and third day of travel on the Shanghai-Tibet train.

The elevation starts increasing steadily at around this point. Jinyintan Prairie runs west if Xining and covers a zone of 110 square kilometers. This is one of the first areas in the journey where you will notice that there is scarce population and abundant vegetation. The land is covered with lavish green grasses with little blossomed heads peeking out; this is what you can see as far as your eye can go. 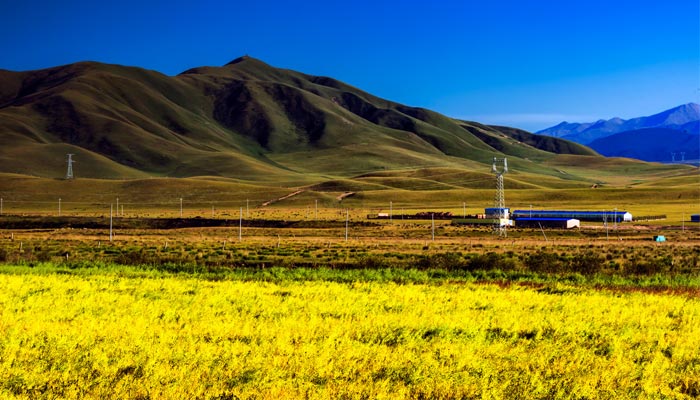 Qinghai Lake, the biggest inland saltwater lake in China lies to the west of Jinyintan Prairie. The Cole blossoms, the reflective waters, the bluest of the blue clouds, and the inaccessible majestic snow mountains all add charm and beauty to the lake. The rail goes across the northern banks of the lake. In winter, this is the kind of view that would inspire writers and painters. 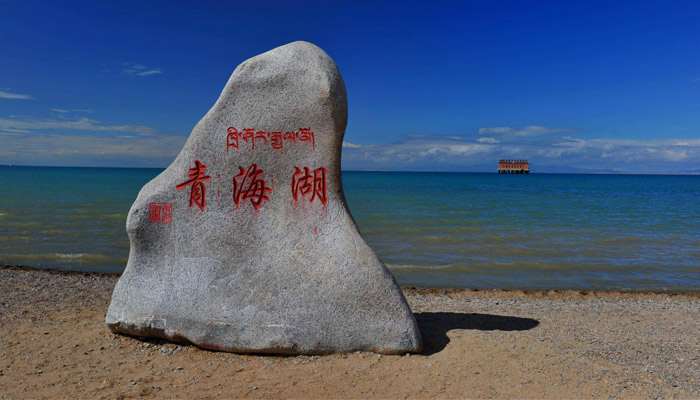 The view following Qinghai Lake is as breath-taking as Qinghai Lake. The ‘Long salt bridge’ is the highlight of this lake. It is a 32km long bridge formed entirely out of salt over the lake. Interestingly, the rail bed in this area is made of many different salt gems. 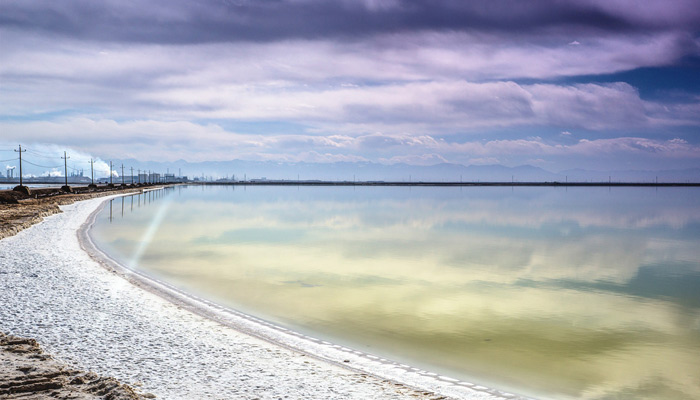 After a brief stop at Golmud, where they load food, the train will start its journey to go to the belly of the Kunlun Mountains. You will be able to see Mt. Yuzhu,from the windows, which is 6,178m above sea level. This part of the journey also takes you through the much-acclaimed Kunlun Mountain Tunnel, which is known as the world’s longest permafrost tunnel. As you speed right through the tunnel, you will get a peek at the local Tibetan life. You will spot stone structures, shrines, prayer flags, and much more. 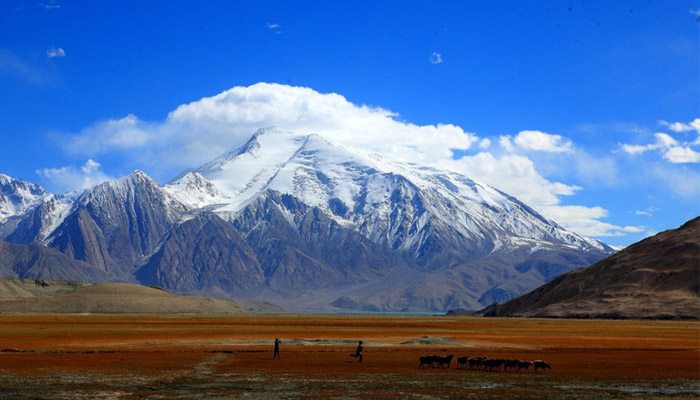 Tanggula station is the world’s highest train station. It is one of the undeniable attractions in the course of this journey. If you were able to ignore the previous attractions, this outstanding view will definitely get your cameras snapping. Looking towards the west of the station, you can find these mountains towering above you, as you stand at an elevation of 5,068 meters. 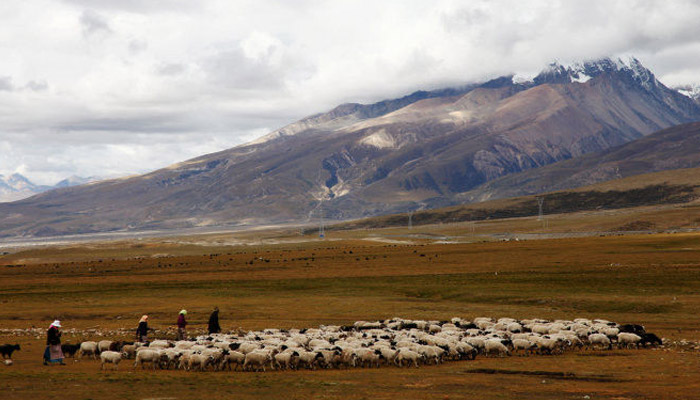 Next part of the journey is out of the Tanggula Mountains and into the Changtang Grasslands. Moving forward from the station here, you will see this vast tract of pasture land, which is famous among tourists for the extraordinary horseracing that is held here during the month of August. 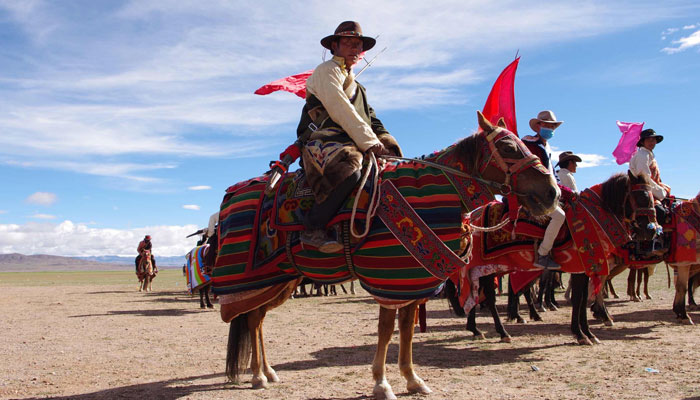 The next camera snapping moment would be the Cona Lake. The still motionless lake shore will be just 50 feet from the rail track. This lake covers an area of 400 square kilometers and is known as the highest freshwater lake in the world. This lake attracts cranes, mandarin ducks, swans, and other wild animals. With the fishes jumping freely, the grasslands, the mountains for the background, this place looks like a scene right out of an animated film. 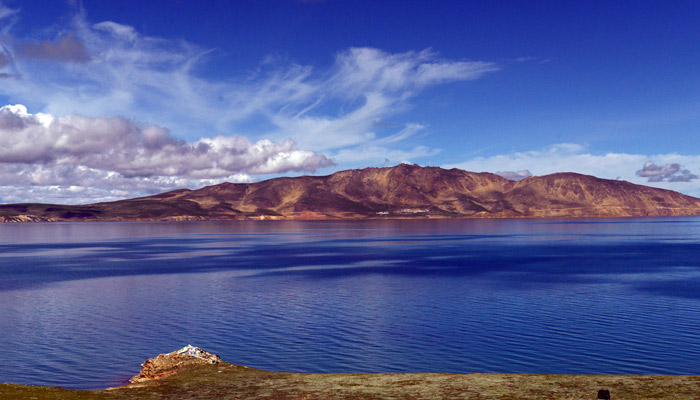 This is the last and final mountain range in this epic train journey. You will spot a giant prayer flag for worshipping the Mountain God. When and if it is sunny during your journey, you will be able to see past the misty atmosphere and witness the stunning Nyenchen Tanglha Mountains in all their glory, where they tower even beyond the clouds. 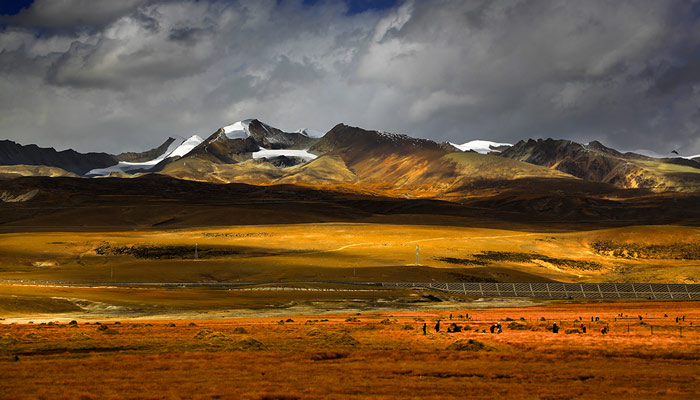 Next is Dagzê County, where the train will go through a valley. The altitude gets steeper and civilization starts creeping back in slowly. As the valley widens further, you will find yourself entering Lhasa on the third day of your travel. 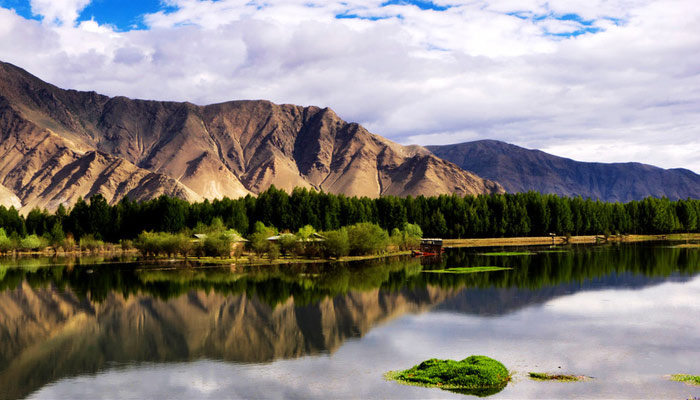 Option 2: Get to Lhasa from Shanghai by Flight

There is no truly direct flight from Shanghai to Lhasa, and the only flights that run “almost” direct are via a short stopover in either Xi’an, Mian Yang, Chengdu, and Chongqing. The flights are offered by China Eastern Airlines, Air China, Tibet Airlines, and several others, which can take from around 7 hours 20 minutes to reach the Gonggar International Airport. The stopover is normally for around an hour.

The flight is not the cheapest option for travel to Tibet, but it does get you there around 38 hours ahead of the train from Shanghai. The main advantage of taking the flight over the train is the time difference, and this is the ideal option for those that are in a more of a hurry, due to time constraints for their travel.

Option 3: Get to Lhasa from Shanghai by Train + Flight

Another option for travel to Lhasa from Shanghai is to travel by flight and train combined. So you take a flight from Shanghai to Xining and then take the train from there.

Why Choose the Combination of Train and Flight?

The reasons behind many people choosing this option for travel to Lhasa from Shanghai is the ability to still travel by train, but make the trip shorter, to give you a faster journey to Lhasa. The combination of flight and train is ideal for those that love train travel, but not so much that they want to spend three days on the train. Alternatively, it is a good option for those that want to get to Lhasa faster than by train, but still want the unique experience of train travel.

Recommended Route: Shanghai to Xining By Flight and Then Xining to Lhasa by Train

The best route for this option is to fly first from Shanghai to Xining in Qinghai Province, and then take the fastest train of them all from Xining to Lhasa. With two daily direct flights from Shanghai to Xining, this is easy to accomplish, and the flights take just 3 hours 45 minutes and cost only 141 dollars each.

From Xining, you can get the shorter train route to Lhasa, which takes around 21 hours to reach the Tibetan capital. The train covers a distance of only 1,972 kilometers.

Permits Required to Get to Lhasa from Shanghai

In order to get to Tibet from Shanghai, you will need to have the Tibet Travel Permit, or you will not be allowed to board the train or flight to Lhasa. The Tibet Travel Permit is issued by the Tibet Tourism Bureau in Lhasa, and can only be applied for once you have booked a tour of the region with a registered travel agency. Once you book your tour with us, we will make the application on your behalf, and have the permit sent to you in Shanghai ready for your trip to Lhasa.

Covering a distance of almost 5,000 kilometers across three-quarters of the breadth of China, a trip from Shanghai on the eastern coast to Lhasa in the farthest western region is a truly epic journey. Whether you travel by flight, train, or a combination of both, your trip to Lhasa is going to be interesting and eventful, and your tour of the Tibetan plateau will leave you blown away.