Traveling to Tibet, the first place you head for is Lhasa, the Tibetan capital and the terminus for the Qinghai Tibet Railway. The cultural, spiritual, and economic heart of Tibet for more than 1,400 years, Lhasa stands as a testament to the ancient Tibetan culture, topped by the stunning Potala Palace, one of the most prominent of all the Tibetan sites.

Trips to Lhasa come in all sizes, from the short tour of the city, which includes all the best places in the city, to the slightly longer tours that include the area surrounding the beautiful capital city. For all Tibet tours, you can visit all of the major attractions of the city, including the sacred Jokhang Temple, as well as traveling around the outskirts to some of the outlying attractions such as Sera and Drepung Monasteries.

The average four-day Lhasa city tour starts when you arrive at the railway station or the airport in Lhasa. On this day, it is suggested to stay in your hotel to acclimatize to the high altitude of the Tibetan Plateau. At an elevation of 3,656 meters, Lhasa is at an altitude that can easily cause altitude sickness if you are not careful. Altitude sickness is caused by the lower oxygen levels in the air at higher altitudes, which can cause headaches, nausea, vomiting, dizziness, and a general ill feeling. 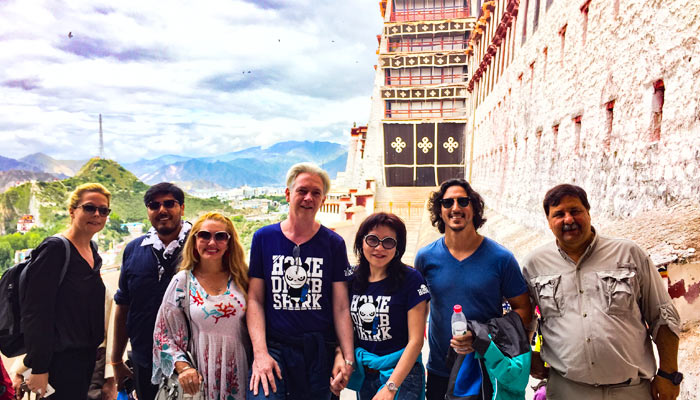 The second day of the tour is normally for seeing the sights in the center of the city, such as the Jokhang Temple, Potala Palace, and the famous Barkhor Street. Starting at the Potala Palace, which lies at the top of the Red Hill, or Moburi, the palace is the gilded jewel of Tibet, and is built in its current form on top of a 7th century fort that was constructed by the Tibetan King. The site contains the meditation caves of the 33rd king of Tibet, as well as burial stupas of the former Dalai Lamas, who used the palace as he seat of government in the 17th century.

Jokhang Temple is a sacred building that dates back to the 7th century and the time of the ancient Tibetan king, Songtsen Gampo. The temple is the center of Buddhism in Tibet, and is considered to be the most sacred man-made site in the region. The focal point of the pilgrimage of thousands of Tibetan Buddhists every year, these pilgrims come from all over Tibet, traveling thousands of kilometers to pray at the temple and walk the kora route around the site.

The Jokhang Temple kora follows the route of the roads around the temple, known as Barkhor Street, and is also the best place for buying souvenirs in the city. Many pilgrims who come to the temple walk the route around the site, praying and spinning prayer wheels as they make their way around the kora. You will also see many locals prostrate themselves before the temple and along the kora route.

The third day of the tour usually takes in some of the more outlying sites of the city. Drepung Monastery is the first stop, and is one of the “Great Three” monasteries of the Gelug School of Tibetan Buddhism. Lying at the foot of Mount Gambo Utse, around 5 kilometers outside Lhasa to the west, the monastery is a grand building, its white walls gleaming in the sunlight. Established in 1416, the monastery was once the richest of all the monasteries in Tibet, and became the mother temple of the Dalai Lamas for centuries. 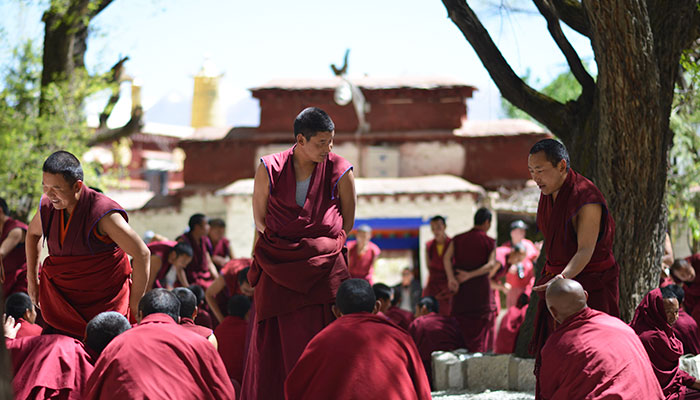 Sitting at the base of Tatipu Hill outside the northern suburbs of Lhasa, Sera Monastery is the second place to visit on the third day of your tour, and is a wondrous gompa with rich traditions and history. Most famous for its monastic debates, which can get very elaborate, the monastery was built in 1419, and is another of the “Great Three” monasteries of the Gelug School.

Another option for the third day is to take a trip outside Lhasa to the Norbulingka Palace, the seat of Tibetan governance from the 18th century, and the site of the most spectacular gardens on the plateau. Formerly the summer residence of the Dalai Lama, the park that surrounds the palace contains many trees that are not normally seen on the plateau, and only exist in this one place in Tibet.

The final day of the tour is your departure day, and your tour guide will take you to the train station or airport for your departure from Tibet. If you train or flight is not too early, you may have time to do a little last-minute exploring of Lhasa, around your hotel.

You can extend your Lhasa tour to be more than the standard four days with additional excursions to the stunning places near Lhasa, while still centering your trip in the Tibetan capital. There are a number of amazing places to visit within a day of the city, which can make your tour even better. 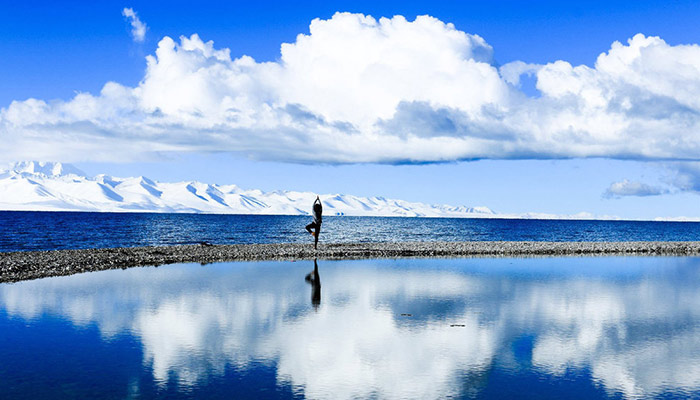 Lake Namtso is a beautiful lake some 112 kilometers north of Lhasa in Damxung County. One of the Great Three lakes of Tibet, it is a holy lake that is considered to be a sacred site, and is a popular place for pilgrims. Tours can be either a day trip or a two-day excursion, and you can spend the night at the lakeside campsite, where you can stare at the billions of stars in the clear night sky. Surrounded by the vast open expanse of prairie and the Nyenchen Tanglha Mountains, the site is one of the most spectacular views in Tibet. The drive back to Lhasa can also take you via the famous Yangpachen Hot Springs, where you can relax in the healing waters.

A little closer to the capital is Ganden Monastery, another of the “Great Three” monasteries of the Gelug School. Located in Dagze County, around 60 kilometers east of Lhasa, the area is great for trekking, and the Lingkor or circle route around the monastery is a pleasant and comfortable walk for the day. It includes amazing views of the Lhasa Valley, as well as the meditation caves of Tsong Khapa and several religious statues. 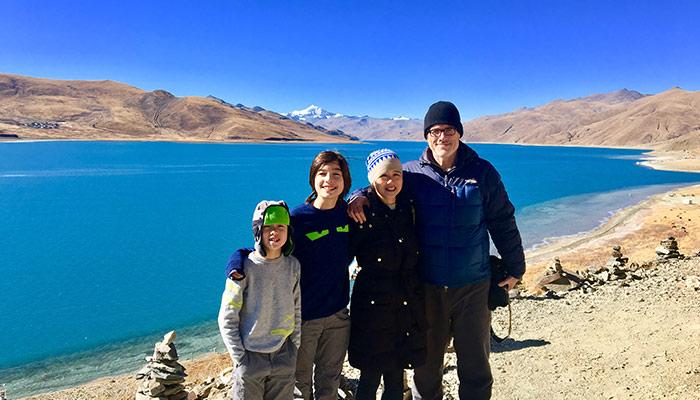 To the southwest of Lhasa, around 100 kilometers from the capital, lies another of the sacred Great Three lakes of Tibet. Known as Lake Yamdrok, or Yamdrok Yumtso, the lake is spread out over a wide area, with narrow channels connecting the larger bodies of water. A freshwater lake, it is said to be a transformed goddess, and the famous Samding Monastery lies on a peninsula that juts out into the lake from its southern shore. You will also have the chance to see the nomadic yak herders across the plains around the lake, as they move their herds to new pastures in an ancient form of rotational grazing.

Another great day-tour outside Lhasa is to the stunning Samye Monastery, which is believed to be the first ever monastery to be built in Tibet. One of the most influential monasteries in the history of the region, Samye was built in 762 by the great Tibetan King, Trisong Detsen. Covering over 25 thousand square meters, the monastery is laid out in a typical mandala fashion, which symbolizes the Buddhist scripture description of the universe; the monastery allows tourists to explore the true meaning of Tibetan Buddhism within its walls.

All of the sites described can be visited within a day from the Tibetan capital, and with the exception of Lake Namtso, you can still spend the night in a comfortable bed after each trip. And even at Lake Namtso, the accommodation, while being a tent, is like no tent you have ever stayed in. The tent accommodations in Tibet are more like little guest houses, and are a great way to experience traditional Tibetan ways.

Traveling to Lhasa is not something to be taken lightly, and for solo travelers, it can be a lonely trip with no-one with whom to share your excitement and amazement. One way around this is to join a group tour to Lhasa, with other people that have the same interests and are looking to see the same sights. Join-in tours with up to ten other people are fast becoming a popular option for solo travelers who want to spend their trip with other people, and wish to save some money on the cost of the tour.

Join-in small group tours in Tibet are a great way to meet new people, make new friends, and save money on your tour. Costs for things such as the guide, driver, private vehicle, fuel, and sometimes hotel accommodation, are shared between the members of the group, making it much less costly for the solo traveler. Such tours are also a great way to make new friends and meet new people, and you may find that the people you met in Tibet can become lifelong friends, to maybe travel to other places with. Or even back to Tibet another time.

Be the First One to Comment "How to Visit Lhasa: Recommended Lhasa City Tour Itineraries"