Lying in the high Himalayas, Tibet is a land of mystery and mysticism, full of legends and stories of ancient kings, lost empires, and Buddhist gurus and heroes. For thousands of years, Tibet has been the land of Buddhism, and the huge number of ancient monasteries that cover the Tibetan plateau can attest to that fact. While Buddhism did not originate in the region, it has been taken into the hearts and minds of the people in such a profound way that it can be seen in every aspect of their daily lives, from planting the seeds to reaping the harvest.

Tibet has a history that can be explored through its temples, monasteries, and ancient ruins, such as those of the Guge Kingdom in Ngari Prefecture, and gives one a better chance to understand the ways of Buddhism by experiencing the Tibetan Buddhists in their daily routines. With many festivals and ceremonies throughout the year, there is always something interesting to see and do in Tibet.

Taking a Tibet tour to the roof of the world is the trip of a lifetime, and with so many things to see and do, it can be hard to know where to start. Lhasa, the Tibetan capital, is full of wonderful and delightful sights and places, and there are many things that you can do while you are in the city. Touring the sights of this ancient capital is an amazing experience in itself, but just looking at the sites from the perspective of a tourist is often not enough.

For those who really want to get into the spirit of the visit, and take in some of the best in local and expert opinions of what to do in Lhasa, then there are a few things you can try that are guaranteed to make your tour of the Tibetan capital even more amazing than you ever thought possible. You can get into the swing of things by actually taking part in some of the things that Tibetans do in their daily lives, and really feel the emotional and spiritual experience of Tibet at its very best.

No.1 Praying in front of the Jokhang Temple

One of the major sights in Lhasa is that of the Tibetan Buddhist pilgrims that travel thousands of miles to pray in front of the sacred Jokhang Temple. One of the oldest Buddhist sites in the region, the temple was built in the 7th century in honor of the brides of the Tibetan King, Songtsen Gampo. It also houses the most sacred relic in Tibetan Buddhism, the statue of the Buddha Sakyamuni at the age of 12, which was transported to Tibet from China during the Qing Dynasty by the king’s second bride, Princess Wencheng. 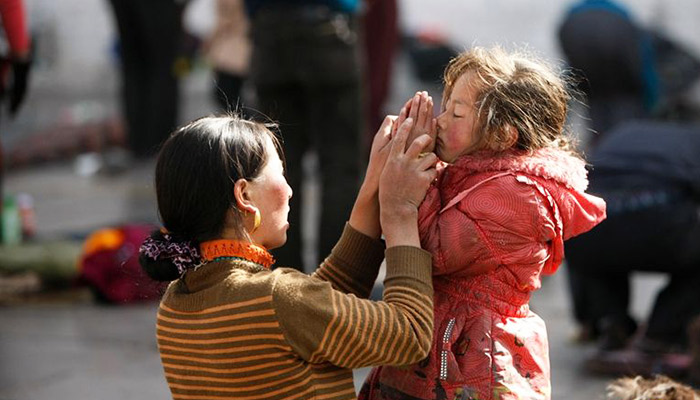 Praying in front of the Jokhang Temple

Hundreds of thousands of Tibetans have traveled to the temple to gaze on the statue and pray at its base, while millions of others have made the pilgrimage to pray at the front of the Jokhang Temple. Prayer, for Buddhists, consists of prostrating oneself on the ground in front of the temple, and is a practice that can be seen daily in the square outside.

Prostration is the very essence of Buddhist prayer, and is done to purify delusions, negative influences, and bad karma. Prostrations also allow one to generate merit in the journey to enlightenment. The prostrations is performed by making the prayer gesture above the head, then at the forehead, face, and chest, then lowering the body to your knees, and lowering your hands to the floor in front of you. You then lower your full body to the ground (as in doing push-ups), so that your feet, knees, chest, and head all touch the ground in that order. You then clasp your hands together in the prayer gesture above your head and lower them to the ground in front of you at full reach. To rise, you reverse the process of prostrating to a standing position, make the prayer gesture with your hands in front of your chest, then your face, up to your forehead, and over your head, and then start all over again.

The polished stones of the square that have been smoothed over time by the millions of pilgrims, the smell of yak butter and incense in the air, and the very act of performing the prostrations while listening to the chanting of the scriptures is a very relaxing and enlightening experience.

No.2 Do the Kora in Barkhor Street

Around the Jokhang Temple is Barkhor Street, the most famous street in Tibet for tourist souvenirs, as well as for the kora route that follows it around the temple. A kora is the religious route around a sacred site that is followed by Buddhists as a means of prayer and attaining merit. Thousands of devout Tibetan Buddhists walk the route around Barkhor Street every day, chanting sutras from the Buddhist scriptures while meditating with their prayer beads and spinning the huge number of prayer wheels that surround the route. 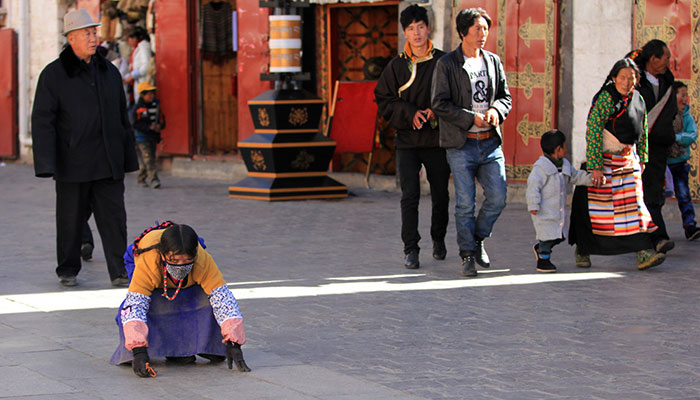 Do the Kora in Barkhor Street

An unforgettable experience, walking around the kora route with the other pilgrims that have come to perform the same ritual is another experience that will leave you with a unique sense of achievement, especially as many of the pilgrims perform this kora route for the whole day, from dawn to dusk, circumambulating the temple many times. Filled with smoke from burning mulberry branches, and strong with the smell of yak butter, cooking Tibetan dishes, and a myriad of other things, Jokhang Temple kora is an ideal way to bring your thoughts under control, and feel at one with the people during your Lhasa tour.

No.3 Have a Cup of Tea in a Local Tibetan Teahouse

Tibetans love tea. They drink it from morning to night, and will even carry their own bowl in the folds of their clothes for use at any time of the day or night. In Lhasa, this desire for the sweet, milky taste of Tibetan tea has transformed into a teahouse culture, where Tibetan people go to drink tea, catch up with friends, get the latest news, or just sit and read a good book. 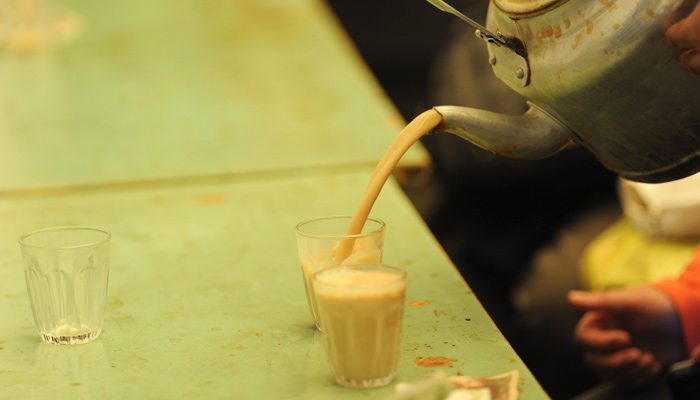 Have a cup of tea in a local Tibetan teahouse

Similar to the American coffee-shop culture of the late 90s’, only much older and more refined, the teahouses are a unique experience in Tibet, especially in Lhasa, where they are often converted from ancient traditional Tibetan Tea houses, and have all the atmosphere of an old Tibetan home. Solid wood tables fill the rooms, with hardwood chairs and comfortable sofas, while Tibetans sip their tea, and gossip with their friends and families on any topic you could think of.

The walls of many teahouses are covered in traditional Tibetan décor, with images of the Buddha and the gods adorning much of the wall spaces. The tea is served in the traditional porcelain flasks of the Tibetans, and poured into the small tea bowls, already milky and sweetened through a special process of brewing.

If you love tea, then the teahouse culture of Lhasa is definitely for you. Not only is it a great way to relax with friends and discuss the things you have seen and done, but it is a remarkable way to experience how Tibetans in Lhasa live day by day.

No.4 Enjoy the Night View of Potala Palace

Potala Palace, set on the high hill known as Moburi, is one of the most stunning sights of the city of Lhasa, and is a popular place for tourists to visit on trips to Lhasa, the Tibetan capital. But it is not just the daytime that is of interest with the palace. When night descends, and the darkness moves in, the palace is lit up for all to admire, in an amazing display of lights that highlight all the best parts of the ancient architecture, and make for a great view, and an even better photo. 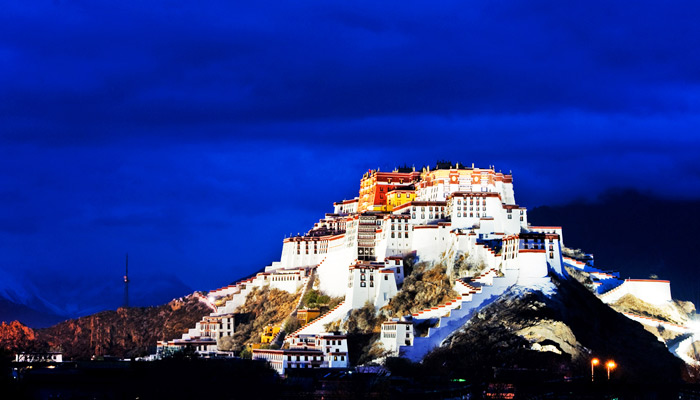 The night view of the Potala Palace is a popular attraction for tourists and locals alike, and many people take the walk along the square in front of the palace, admiring the beautiful scene and the delightful fountain in front of the square. In the lights of the night, the palace is one of the most amazing sights in Tibet, in comparison with the sight of Everest in the morning sun.

No.5 Take an Outside Picnic in Norbulingka

Around three kilometers to the west of the Potala Palace is its governmental replacement from the 18th century, the Norbulingka Palace. Set in stunning park surroundings, the winter palace of the Dalai Lama is an amazing place to visit, and even better place to have a picnic. And there is no better time to have that picnic than during the famous Shoton Festival, in August in the Gregorian calendar. 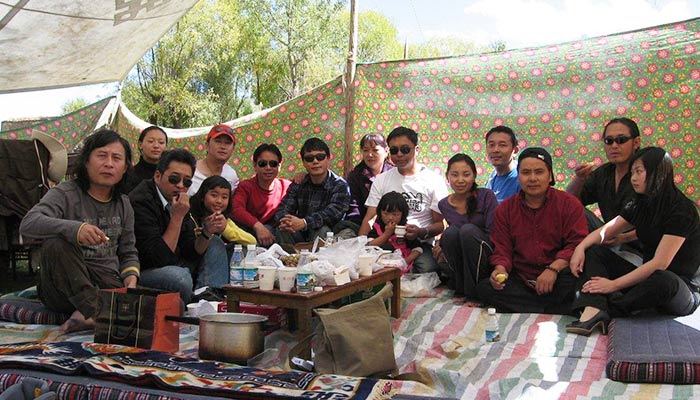 Take an outside picnic in Norbulingka

The Shoton Festival runs for seven days and is one of the most popular festivals in Tibet. The celebration of eating yogurt, a staple of the Tibetan diet, it originates from the monastic fasting that lasts for 100 days, at the end of which the local villagers would gather to thank the monks for their sacrifice, and feed them an ancient form of milk curds, which has now changed to yogurt.

The park around the palace is filled with trees of all kinds, many of which are not native to the plateau, and thousands of types of plants, and is known locally as the “Oxygen Bar of Lhasa”. Translated to mean “Park of treasures”, Norbulingka has a peaceful and tranquil atmosphere, and you can relax and enjoy the natural delights of the park, and the oxygen-rich air that can be breathed there.