Typically, the best time to visit Nepal depends on what you are intending to do while you are there. Nepal is a country that is full of adventurous activities, ancient monasteries and temples, and spectacular sights, and has a landscape that is constantly changing the higher up you get. With several different geographical regions, from high Himalayan Mountains to sub-tropical lowlands, Nepal has something interesting or exciting to do during every season of the year. 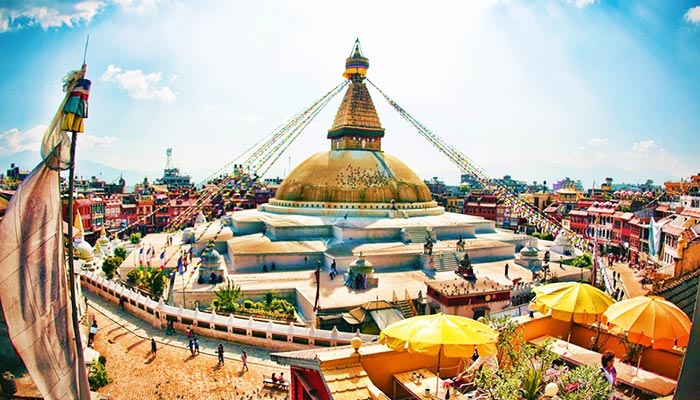 Generally, there are two periods in the year which are more popular than any other. The peak season for trekking is from late September to early December, when the air is clean and fresh and the skies are clear giving the best views. Temperatures are mild, which makes it perfect for trekking the numerous trails in the country.

For those who prefer to travel to the lower regions for places like the Chitwan National Park and Bardia National Park, the weather is warm and dry from February to mid-April. While the lowlands are generally dry and pleasant at this time of year, there is often a haze that can obscure the views of the high Himalayan mountains from the lowland areas. January and February can be cold at night, and mild during the day, and the monsoon months from April to September is likely to leave you a little waterlogged in some areas.

Weather and Climate in Nepal

Nepal is a broadly temperate climate region, with four seasons centered around the summer monsoon months. December to February is classed as the “winter” period, and the weather is mostly clear and stable, with colder nights and very clear skies. Snow can often cover the high mountains, but it is rarely seen in the Terai lowlands, making it an excellent time to visit if you can face the cold, and it is a rare and exquisite time to be in the lower mountain regions. January is the coldest month, but fewer visitors result in quieter sightseeing opportunities. Many hotels and lodges offer fireplaces, blankets and hot water bottles to keep you cozy.

From late March to May is the “spring” season, and the second most popular tourist season of the year. The weather is warmer, and the skies are still clear, and it is the best time to visit for viewing the wildlife in the Terai regions. The heat does increase as you get closer to April, but is not really a big problem as it is still not that hot. It is also a good time for trekking, as the weather is not yet that hot, and it can still get quite cool at night. As you head into May, the weather starts to get humid and hot, and clouds and showers start to come in, in preparation for the monsoon.

June to August is the summer monsoon season in Nepal, where the days are hot (up to 30 degrees) and it is wet with high humidity. Thanks to the unique topography of the country, majority of the rain occurs at night, resulting in some beautiful morning scenery, and leaving the days free to travel around and see the sights. Although it is not a good time to trek, the exotic city of Kathmandu comes alive even more during the monsoon.

The wet monsoon months start to dissipate through August, and by September the country welcomes the clear skies again. The air is fresh after the months of rains, and allows the return of the incredible mountain views. October and November are the prime season for Nepal trekking, and the dry days and cool nights make the experience extremely popular, as trekking is easier and visibility is good. The lower landscapes are a verdant green following the rains, and the wildlife is more easily seen as it gets drier.

The high mountains of the Nepali Himalayas are best seen from September to December, before the weather turns too cold. Once the monsoon has passed, the land starts to dry up, and the trekking trails become more open and less waterlogged. Nepal turns in to a glorious, green kingdom of clear skies, fresh air, and breathtaking views. 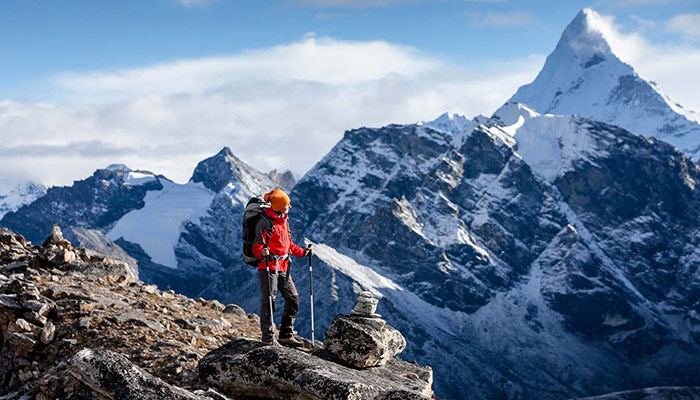 Best time to trek Everest Base Camp in Nepal

Everest Base Camp (EBC) during the main trekking season in October and November offers the best time of year to trek. However, if you want to try and avoid the crowds on the world’s most popular mountain trail, then late in December and the months from February to April are a better time. The weather may not be as warm as in October and November, but there are a lot fewer tourists at this time of year, making the trails less crowded and more enjoyable. Nepal EBC trek can be done in winter, although it is best advised to avoid the coldest month, January, unless you are a very experienced mountain trekker. 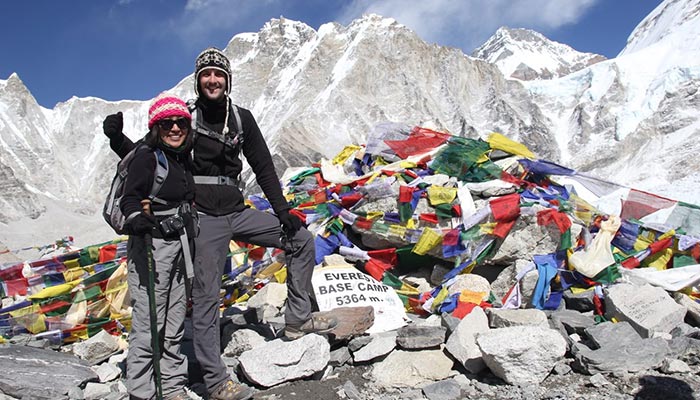 Best time to trek Annapurna Base Camp in Nepal

The Annapurna Circuit massif offers some fantastic trekking experiences, and it is no surprise that this is one of the most popular trekking areas in Nepal. Annapurna Base Camp is widely regarded by fanatical trekkers as the pinnacle of Annapurna trekking, taking you into the very heart of the Himalayas. One of the great attractions of Annapurna is the lack of rain throughout the year due to its location, which although seeing a little increase in the “monsoon” period, it is minimal in comparison with the other trekking regions. The best season, however, is still the period from September to November, when the monsoon has subsided and the days become less humid and a little cooler, and February to May when the longer, dry days are the norm and daytime temperatures rise to the low 20s. 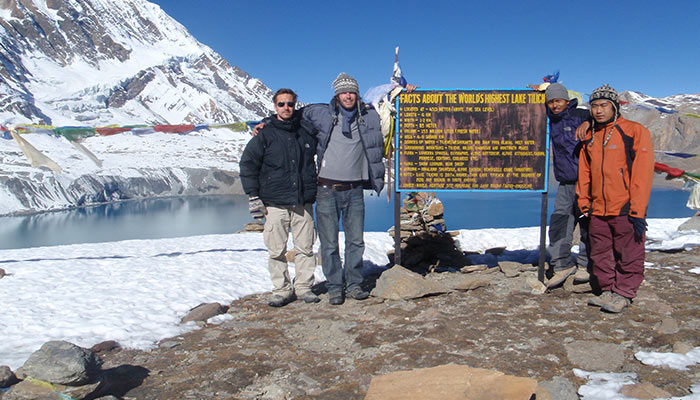 A vast expanse of rock and a wilderness of huge proportions, Mustang is an amazing place to trek. This barren landscape is virtually treeless, and is rich in ancient traditions and mythology. The landscape is slightly reminiscent of Tibet, and the people are of Tibetan origin, with a language and way of life that reflect their ancestral heritage. Unlike most other places in Nepal, summer is the best time to trek in Mustang, especially in the Upper Mustang area, although any time from late March to Early December is ok for an Upper Mustang trek. There is almost no rain in this barren region in the monsoon season, and only from December to early March is it not recommended for trekking, as the daytime temperatures are as low as 0-5 degrees, and it regularly hits as low as minus 25 degrees at night. 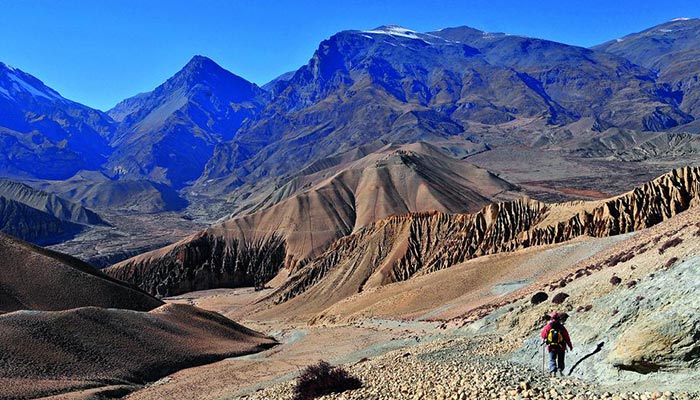 Mustang is an amazing place to trek

Chitwan National Park is set in the Terai lowlands, and has a tropical monsoon climate, making the summer months the wettest in the year in this area of Nepal. While the park is open all year round, the best time to visit to see the wildlife is the end of the dry season, when the Bengal tigers, elephants, rhinos, and other wildlife gather around the waterholes. Parched from the long, dry period, the animals naturally migrate towards the watering holes as the weather gets more humid and the seasons start to change. January and February is also a good time for wildlife, as the grasses are given an annual cut, making it easier to see the plains animals in their herds. 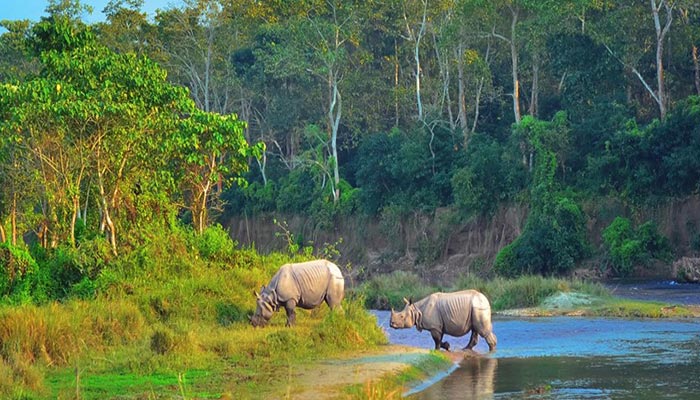 Nepal is not just a country where you can hike in the high Himalayas. With its diverse topography and climate, it has some amazing activities for the adventurous traveler. There are many white water rivers in Nepal, though not all are used for rafting. These rivers flow down from the Himalayas, and offer some of the best white water rafting in Southeast Asia, with Nepal being in the top ten of the world’s rafting locations. Rafting Season is normally regarded as being from September to mid-December and March to early June. From mid-October onwards the weather is more settled, and is one of the best times for rafting. In late December many rivers become too cold to enjoy, but shorter trips are still possible for the hardy adventurer. 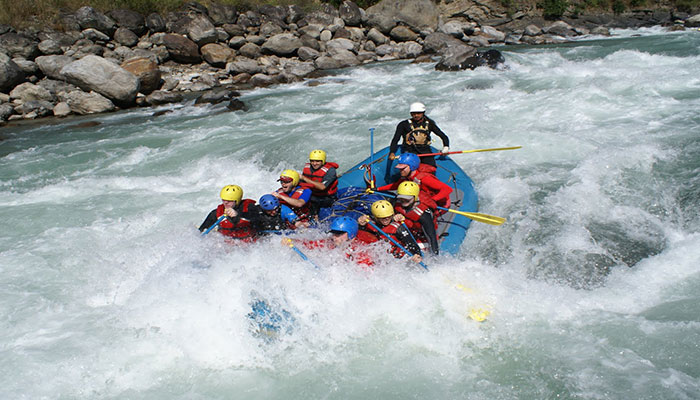 Best time to paraglide in Nepal

Paragliding is a relatively new adventure sport in Nepal, but it is fast taking off as an adventurous activity. Paragliding in Nepal is a wonderful experience and you get some of the best views of the grand Himalayan landscapes as you soar high in the air, sharing the skies with Himalayan griffin vultures, eagles, and kites as you soar over mountain villages. Paragliding is a weather dependent sport and the flying season in Nepal commences from November through February, the best months being November and December. 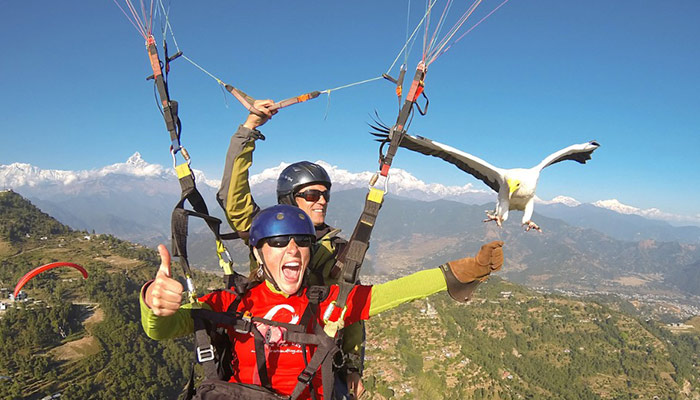 Paragliding is a relatively new adventure sport in Nepal

Rhododendrons in Nepal are known as Gurans, and it is a tree that is indigenous to the areas of the high Himalayas. Moreover, it is the national flower of Nepal, so you can expect to see it almost everywhere you trek. With more than 500 species of rhododendrons in Nepal, it is stunning to trek among the numerous rhododendron forests in the country. For the best time to see these beautiful trees and shrubs in full blossom, you should visit from March through May, when the large, showy flowers are at their fullest. 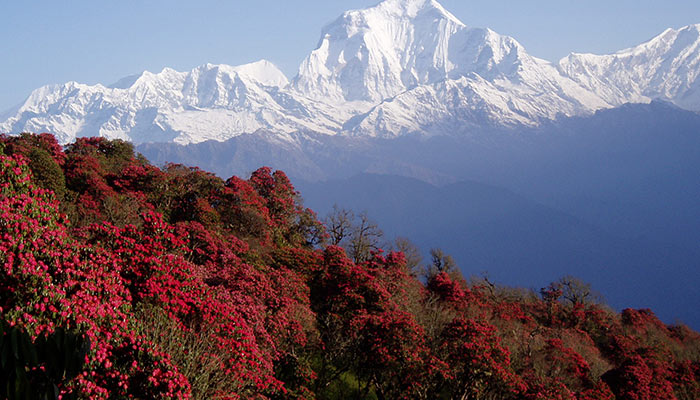 Nepal has many attractions for the adventurous visitor, and even for honeymoon couples exploring the world together for the first time as a married couple. Love Birds are native to the Himalayas, and can be seen in the wild on the shores of many of the Nepali lakes. The beautiful pine forests and breathtaking snow-capped mountains are also spectacular attractions for newlyweds on their honeymoon. With so much going on in Nepal throughout the year, there really is no best time to take a honeymoon. Whatever your expectations for this most wondrous of trips, Nepal has it all. From honeymoon hiking in EBC to wildlife adventures in Chitwan, watching herds of loving elephants. Or if you prefer, a spectacular shopping trip to Kathmandu, with its many shopping centers, can make a perfect honeymoon adventure. 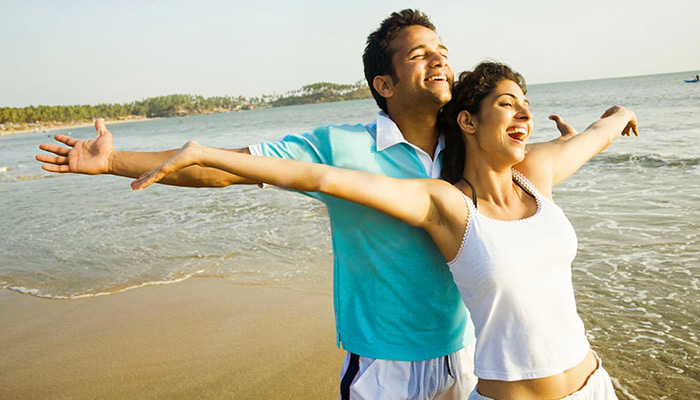 Nepal is a good place for honeymoon

There is normally an event or festival at almost every time of the year, and you really are spoiled for choice with the Nepalese people clearly enjoying a good celebration. April is the time of their New year Festival, Navavarsha, when the whole country takes a holiday to celebrate. On New Year’s Day, the week-long Bisket Jatra festival begins and everyone joins in. Gai Jatra, or Holy Cow, is the festival that celebrates all those who died in the preceding year, and the festivities are especially joyful, celebrating their lives instead of wallowing in grief. Held in August/September (depending on the Nepali calendar), it also involves a cow parade. 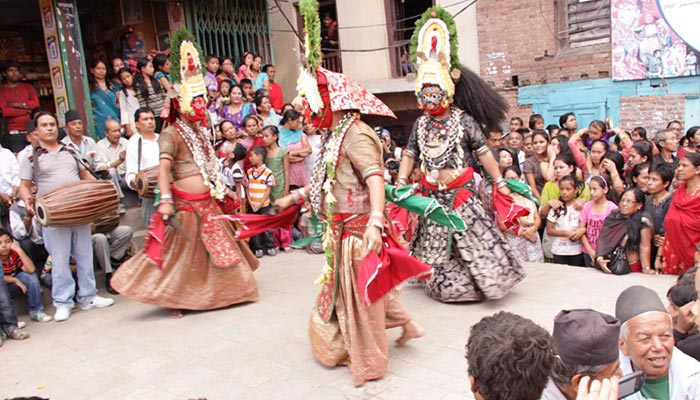 Dashain is held in late September, and as festivals go, it is an unequalled cultural experience. Spanning a full fifteen days, the festival of Dashain is celebrated by Hindus and Buddhists throughout Nepal. Dashain has its roots in Hindu religious lore, and celebrates the vanquishing of the demon-king, Ravana and the demon Mahishasura by the Hindu goddess Durga. Along with those are the Holi, or festival of colors, in February, which celebrates the arrival of spring and the defeat of the Hindu demoness, Holika; and the Indra Jatra festival in September, when the exciting celebration of ‘the Lord of the Rain’ – the Hindu god Indra - takes place.

With over 10-year Tibet and Nepal tour organizing experience, we will help you sort out the necessary travel documents like Tibet Travel Permit and help you customize your Tibet Nepal tour, plus tourist-friendly Tibet train and flight booking service. No more hesitation! We will your long-expected Nepal Tibet tour come true.

Be the First One to Comment "Best Time to Visit Nepal "