Lhasa to Kathmandu Train: Can I Travel from Tibet to Nepal by Train

Nepal is one of the best places in Asia to experience mountain climbing, trekking, and jungle adventures, all in one place. And many people who want to travel to Nepal will pay a visit to Tibet first, to explore this ancient culture and unique land, high up on the plateau. From Tibet to Nepal, there is no direct train for transfer yet. But the railway is under the plan and the initial part from Lhasa to Shigatse has been completed. Check this article to see the details about Lhasa to Kathmandu.

No Direct Train from Lhasa to Kathmandu Currently

Train travel is the most popular choice for many tourists to get into Lhasa, Tibet, as it is a perfect journey. Trains to Tibet run from seven cities across China, and all travel through Xining, in Qinghai Province, the start of the amazing feat of engineering that is the Qinghai-Tibet Railway. Covering 1,956 kilometers across some of the most inhospitable terrain in the world, and traversing mountains and vast open prairies, this record-breaking railway was the first rail line to enter Tibet, finally connecting the high-altitude land with the rest of China. 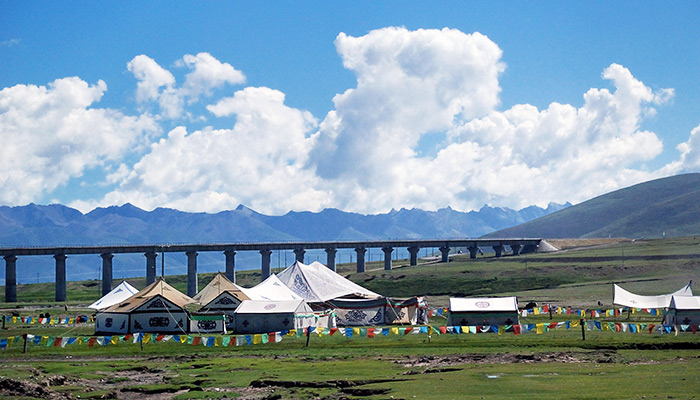 Qinghai-Tibet Railway, the famous train route from Xining to Lhasa

However, from Lhasa to Kathmandu, there is no running train available at present. Lying on the highest plateau in the world, Tibet has an average altitude of 4000 meters. That means the railway from Lhasa to Kathmandu will run at an extreme high elevation and extends for a long distance of about 1300 kilometers.

Lhasa to Shigatse Train Has Been Opened

Hopefully, the situation on travelling from Lhasa to Kathmandu by train is changing. The good news is that the railway from Lhasa to Shigatse has been completed, and eventually one will be able to travel by train from the far east of China, all the way to Kathmandu, and one day, maybe even beyond that.

Following the successful completion of the railway from Xining to Lhasa, the Chinese government started on their next project: track that would link Lhasa to Kathmandu. And The line from Lhasa to Shigatse, as an extension of Qinghai-Tibet Railway, came first. The line was started in September 2010. In November 2013, the main construction work, including culverts, tunnels, and bridges were finally completed to Shigatse. 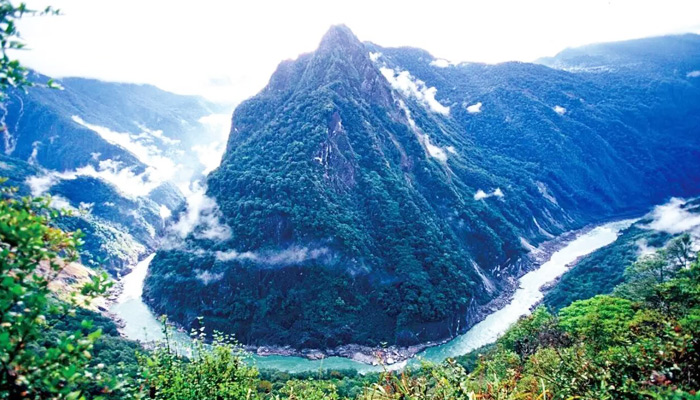 The railway from Lhasa to Shigatse faces complex terrain including the Yarlung Zangbo Grand Canyon.

The line from With the line from Xining to Lhasa having transported more than 15 million passengers since its opening in 2006, this extension as far as Shigatse has opened up faster services to the west of the region, and increased the amount of goods that can be transported there, bringing more food, technology, and visitors to this remote area of Tibet.

b. Highlights of Taking Lhasa to Shigatse Train

The train from Lhasa to Shigatse departs two times per day, one at 08:30 in the morning and one at 15:20 in the afternoon. The morning train will take 2:55 hours, while the other takes 2:38 hours. While in some periods like peak season, the train may also depart three times per day. The train ticket price is 41 RMB for hard seat, 112 RMB for Hard sleeper, and RMB 170 for Soft Sleeper. 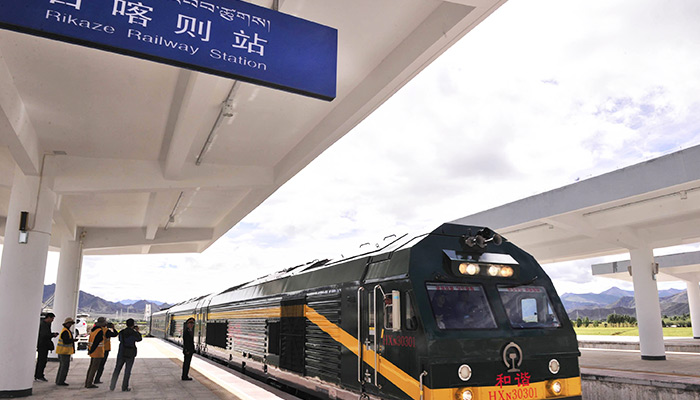 Train from Lhasa to Shigatse is arriving at Shigatse Railway Station.

By taking the Lhasa to Shigatse train, one can appreciate beautiful scenery and local Tibetan villages along the way. The train runs following Lhasa River, travels westwards to Yarlung Zangbo River, cross the 90-kilometer gorge area, before it arrives in the second largest city of Tibet. One can also avoid the crowded road trip caused by hundreds of cars and truck traveling along the Friendship Highway.

And after arriving in Shigatse, tourists can visit the world-famous Tashilhunpo Monastery, the traditional seat of Tibet’s second highest incarnation, the Panchen Lama. Moreover, since Shigatse is the closest major city in Tibet to Mt. Everest, it will be more convenient to get to the famous Everest Base Camp, one of the most popular tourist spots in the world. 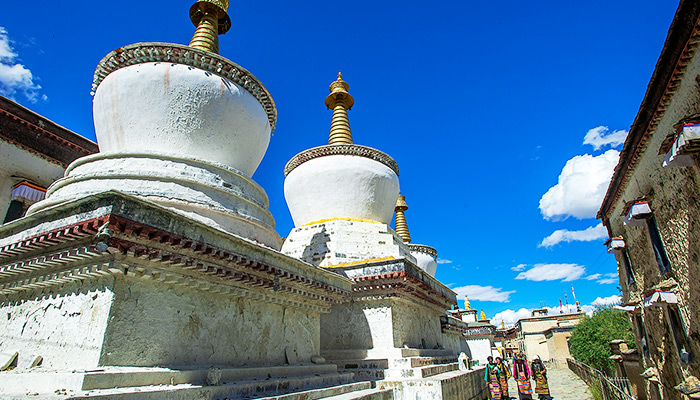 Besides, the train from Lhasa to Shigatse can cut down the cost of tours in the region for foreign tourists. For those wishing to tour only the western areas, including Mt. Everest and holy Mt. Kailash, they will be able to get the train direct from China to Shigatse, via Lhasa, and their guides can meet them at Shigatse station for the start of their tours.

Railway from Shigatse to Kathmandu under Planning

Following the railway from Lhasa to Shigatse, the next stage will extend it to the Nepal border, and then on to Kathmandu. According to a report on the visit of the Chinese Foreign Minister, Wang Yi, to Kathmandu back in 2014, the line would eventually be extended to the border with Nepal, and beyond. Any line that linked China to the Nepalese capital, Kathmandu, would provide a crucial link between China and the huge markets of India.

Known as the “Belt and Road Initiative”, the proposed railway to Kathmandu is in response to requests from the Nepalese government, and is an act of affirmed friendship between the two nations. The railway echoes China’s “One Belt and One Road” strategy, which is intended to provide better transportation along the Silk Road Economic Belt and the Maritime Silk Road of the 21st century, and improve relations with Nepal and the Indian nations, including Pakistan and Sri Lanka. 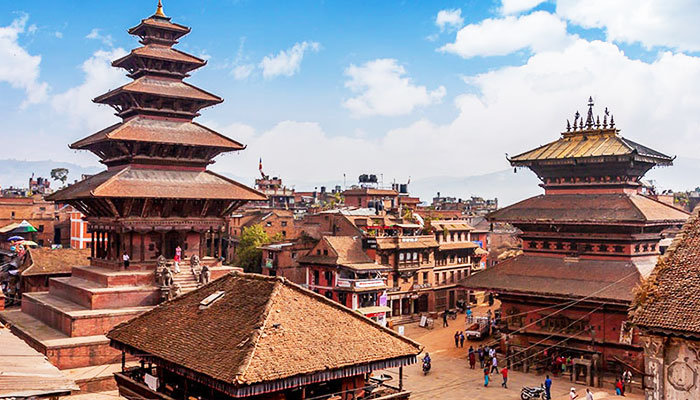 The proposed route will start in Shigatse, where the current extension of the Qingzang Railway ends, and will follow a route that includes the towns and cities of Lhatse, Tingri, and Gyirong, before crossing the border and terminating at Kathmandu. While many rumors circulated about Chinese engineers proposing to tunnel under Mt. Everest, the project is actually going through Gyirong Pass, to deliberately avoid the Everest National Park area and the Zhangmu Pass.

The route will cover 540 kilometers from Shigatse to the Nepal border, and then another 120 kilometers to Kathmandu. As the line is expected to cross the Himalayas to get into Nepal, and on to Kathmandu, engineers are expected to build several long tunnels through the mountains, as well as running the line over some of the lower passes in the area. Following on from the latest reports in May 2017, the China and Nepal Co-building committee pointed out the urgency of the construction, and it is expected to be completed by 2022.

The construction is set to be done in two sections: the first section will be from Shigatse to Gyirong, and the second from Gyirong to Kathmandu. Once in Kathmandu, the Nepali authorities also have plans to link the line coming into Kathmandu with extension lines to Pokhara and Chitwan, the other two major cities in the country, and two of the most popular tourist destinations, after Kathmandu. 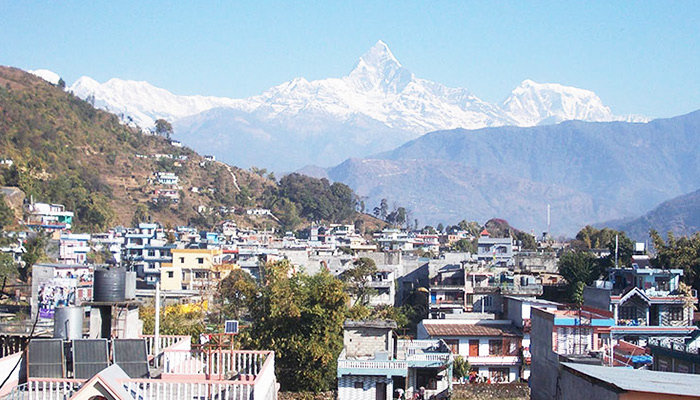 Once open, this will facilitate a huge influx of travelers to Tibet, allowing easier and more convenient travel to Lhasa and Shigatse, and reducing the cost of visiting to Tibet from Nepal. Moreover, it will also make it easier for cross-border trade between China/Tibet and Nepal, improving relations and making it easier to transport goods between the two nations. With this expected increase in tourism in Tibet once the line is open, facilities should also improve in the western areas of the region, especially those designed for use by foreign visitors.

Alternative Ways to Get from Lhasa to Kathmandu

Getting to Nepal from Tibet currently requires you to either fly from Lhasa to Kathmandu, or travel overland to Kathmandu by using the Sino-Nepal Friendship Highway, a 1,000-kilometer long road that links Lhasa to the Nepal border at Gyirong.

a. Lhasa to Kathmandu by Flight

The flight from Lhasa departs daily and takes about 1.5 hours to reach the airport in Kathmandu. There are two airlines that operating the direct flights from Lhasa to Kathmandu, namely Air China, Sichuan Airlines. Flights by Air China will leave at 12:10 every day, and arrive at 11:10 (time difference applies). Flights by Sichuan Airlines will leave at 11:15 every other day, and arrive at 10:10. The flight price from Lhasa to Kathmandu may be much expensive but one can try to get a cheaper one, if you book in low season.

b. Lhasa to Kathmandu by Overland

Travelling overland from Lhasa to Kathmandu may be time-consuming but worthwhile. It will be an epic journey that brings you to see the best of Tibet has to offer. The road trip follows the famous Friendship Highway, passing Shigatse, Lhatse, moving westwards to Gyirong Border, before exiting Tibet to reach Kathmandu. Along the way, you will see the turquoise Yamdrok Lake, Gyantse Kumbum, Tashilhunpo Monastery etc. You can also go to visit the Everest Base Camp, by making a detour from Tingri. 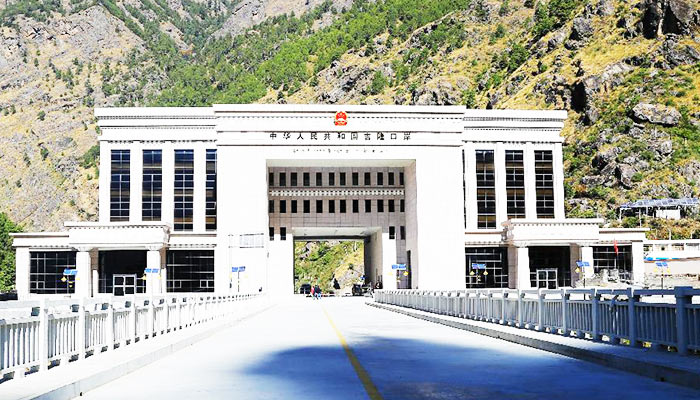 The train from Lhasa to Kathmandu may be currently unavailable, but it will open in the future. One can take the train to Shigatse from Lhasa now, if you intend to go directly to visit the regions of Mount Everest or Mount Kailash beyond Lhasa. As a replacement, one can choose to take a flight or travel overland from Lhasa to Kathmandu, based on your own situations. If you still feel confused about travelling between Lhasa and Kathmandu, just contact us for any queries.

Be the First One to Comment "Lhasa to Kathmandu Train: Can I Travel from Tibet to Nepal by Train"