Tibet is variously known as the Land of Snows, the Roof of the World, and the Third Pole, and is one of the most spectacular places in the world to go for those that love to hike. The high-altitude plateau landscape and the unique religion and culture make any visit to Tibet an awesome experience, and when you add the amazing trekking routes that can be found across the plateau, it only makes the trip an even more amazing adventure. From the short treks around the Tibetan capital of Lhasa to the longer 8-9 day treks in the Gama Valley and around Lake Yamdrok, there is a trek for everyone in this stunning plateau land. You just need to know when to go for the best trekking season for your chosen hike.

Spring and Autumn are the Best Seasons for Trekking in Tibet

Tibet Weather in Spring and Autumn

The best times to visit Tibet for trekking is in the spring and autumn, from April to May and September to November. This is the time when the weather is at its most optimal for hiking around most of the trekking trails on the plateau.

Spring in Tibet is one of the best times to trek, as the weather is at that stage where it is still a little chilly, but warming up. Trekking in hot conditions is definitely not ideal. Temperatures can still be chilly in April, reaching to around 8-12 degrees during the day, though as May comes in, that increases to around 12-15 degrees, depending on your destination in Tibet. Nights can still be cold in many parts of the region, often below freezing in April, and rising to just above freezing in May. The advantage of a spring trek in Tibet is the clear skies and dry weather, which allows for a better view of the spectacular mountain vistas of the plateau. 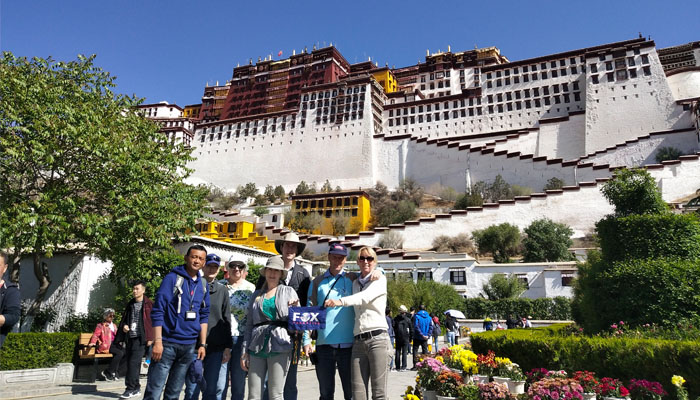 Tibet in spring begins to warm up with bright sunshine.

Autumn is normally classed as the second-best time to trek, but for many people, it can be the better time, as the lush green foliage of the plateau still remains from the summer monsoon rains. Still dry and comfortable for trekking, the temperatures have already dropped from summer to a more comfortable 12-15 degrees, dropping again to around 8-9 degrees in October to November. Nights get colder once October comes around, and finally drop below freezing in many places again. The advantages of autumn trekking include the bright warm autumn sunshine, which helps to keep the temperatures comfortable during the day, and the dry weather after the wet summer. However, for many people, the stunning colors of the autumn leaves, and the beauty of the colorful leaf-coated landscape is the best thing about autumn trekking.

Recommended Treks in Spring and Autumn

There are a huge number of treks in spring and autumn that can be tackled by the various levels of experienced trekkers. The most famous is the Everest Base Camp trek, from old Tingri on the Friendship Highway to the basecamp of the world’s highest mountain. A four-day trek across country through small local Tibetan villages, this is the most popular trek in the region.

Taking the trek to Everest Base Camp along the smooth highway.

For those with a lot more experience in trekking, the Kailash Kora Trek is the ideal arduous experience. A three-day trek around the world’s most sacred mountain in Ngari Prefecture, this awesome hike follows the pilgrimage trail around the mountain, and you will find yourself trekking with Buddhist and Hindu pilgrims who can complete the trek in around 14 hours. This is also the hardest trek in the region, due to the high altitudes and rough conditions.

The trek from Shalu to Nartang Monastery in Shigatse prefecture is the ideal short trek for those on their first real trekking tour to Tibet, and takes just 15 hours of gentle hiking to complete. The trek follows the ancient trade route between these great Buddhist monasteries, once traveled by porters carrying bundles of scriptures and treasures.

The trek from Tsurphu to Yangpachen is not an easy route, but is one of the most delightful, since you get to soak in the hot springs in Yangpachen at the end of the trail. Crossing alpine tundra landscapes, with vast panoramic views of the surrounding mountains, this amazing route passes several ancient monasteries, and a nunnery, and is rated in the top 20 of treks in China.

Trekking in Tibet in Summer

Trekking in summer in Tibet depends on where you are and the weather conditions. Summer is the monsoon season in Tibet, though in many places, this actually means very little, as little rain falls on some parts of the plateau. It just gets hotter with a few showers. However, some areas of the plateau can still get pretty wet in June, July, and August, so it is a good idea to plan carefully.

The weather is a lot warmer than spring and autumn, often reaching up into the low 20s during the day, but some areas of the western part of Tibet can be prone to mudslides due to the rains. However, the weather is generally good throughout the day, with most of the rain falling in the late evenings and overnight.

If you are planning a summer trekking trip, then you can take on the amazing Lake Namtso Trek, as there is little rain in this region in summer. Starting in Damxung County of Lhasa, the trek takes you over the stunning Nyenchen Tanglha Mountains through the mountain pass of Kyang La, at 5,330 meters. The trek takes three days, with average altitudes of around 4,200 meters, and is not really suitable for novice hikers with no experience of high-altitude trekking. 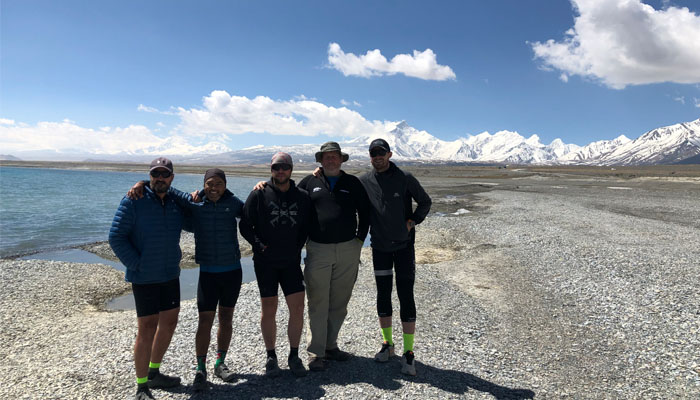 The trek from Ganden monastery to Samye Monastery is one of the best local treks around Lhasa, and is regarded as one of the world’s best hikes. A fulfilling pilgrimage hike, this amazing route takes you over snow-covered mountain passes, past beautiful blue-green lakes, and through serene Tibetan villages where you can learn more about the local culture. A 5-day trek that reaches heights of 5,250 meters, it is a trek for the experienced hiker in Tibet.

The ever-popular Kailash Kora Trek can also be done in the summer months, as this remote region of Ngari rarely sees any rains, and what little does fall, has little effect on the kora route around the sacred mountain.

Trekking in Tibet in Winter is Possible

If you thought trekking in winter was out in Tibet, then think again. The plateau does not see snow throughout the entire winter, and some areas never see much snow at all. Aside from being a little colder than normal, with temperatures that can get as low as freezing in the middle of the day, there is nothing to stop you from trekking in Tibet in winter. And there is nothing better than a trek through a Narnia-esque landscape covered in a soft coating of fresh snow. Since it is not as cold in the area around Lhasa, this is normally the best place to trek in winter.

There are several short treks around Lhasa that are ideal for a short winter trekking break, and the renowned hermitage trail between the hermitage sites and monasteries in the hills around the Tibetan capital is one of the best there is. There are also the short half-day long hermitage treks around Drak Yerpa and Ganden Monasteries that are great for short winter treks. Easy to complete in half to one day only, these treks take you around the stunning landscapes of the Lhasa Valley and Yarlung Tsangpo Valley, which are even more beautiful in the frosty winter air than you would believe. For those with a short time to spend in Tibet, or are not used to high-altitude trekking, these can be a great introduction to the delights of Tibet’s spectacular trekking trails. 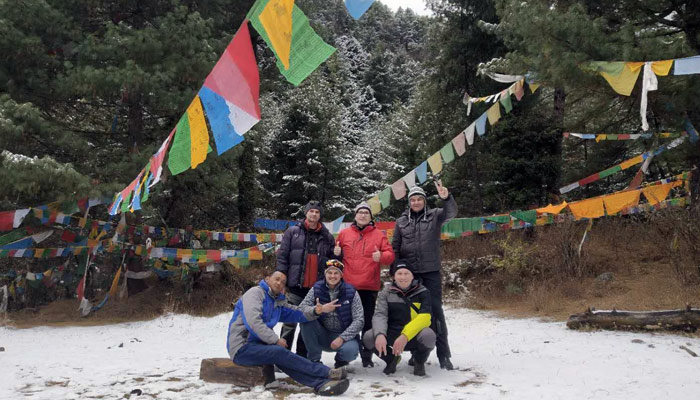 It is also still possible to take on the Ganden to Samye Trek, the Shalu to Nartang Trek, or even the EBC Trek if the weather is favorable, as well as several others. While it does get a lot colder in the winter months, the days can often be quite warm, thanks to clear skies, bright sunshine, and the thinner atmosphere. The advantage of trekking in the winter is the lower cost, due to fewer tourists and the low season for Tibetan tourism, not to mention the amazing views of snow-clad mountains and frosty mornings across the plains and prairies.

The best season for trekking for most people is from April to May and September to November, which is also the peak season for tourism in Tibet. However, the real best season is when it is best for you to come to the land at the roof of the world and discover the delights of trekking at high altitudes among massive Himalayan peaks, and in the most beautiful land on the planet, Tibet.

Be the First One to Comment "Tibet Trekking Season: Best Time for Trekking in Tibet"