Golmud to Lhasa Train: A Shorter Tibet Train Journey that You May Ignore

Generally, tourists getting to Lhasa by train will depart from Beijing, Shanghai, Chengdu, Xining, Guangzhou etc., which are popular mainland gateway cities to Tibet. However, one can also take a train from Golmud to Lhasa, which covers a shorter ride than the Xining to Lhasa train. There is no direct Tibet train that originates from Golmud, but all trains to Lhasa will make a 25-minute stop at Golmud Railway Station. Check the latest details about Golmud to Lhasa train.

Schedules of All Trains to Lhasa from Golmud

Golmud city is in the west-central part of Qinghai Province, in the hinterland of the Qinghai-Tibetan Plateau. Overall there are seven Tibet trains that will stop at Golmud Railway Station, and one can choose one of them to board the train to Lhasa from Golmud. The train from Golmud to Lhasa covers a distance of 1,142 km, and will run for about 14 hours before it reaches the Lhasa Railway Station.

Note: timetable and schedule are just for reference. When you make an early reservation, please contact us for more details.

Recommended Trains to Lhasa from Golmud

Among the seven trains to Lhasa via Golmud, Shanghai-Lhasa train (Z165) and Guangzhou-Lhasa train (Z265) are the first two choices for you to enjoy the longest daytime sightseeing. You can first sleep for the night onboard and then get up to view the scenery during the daytime. And at late afternoon, the train will arrive in Lhasa.

Besides, the train from Lanzhou, Xining and Beijing also allow you to spend the morning time appreciating the window view, before they drive you to Lhasa around the noon time.

Fares and Ticket Booking of Golmud to Lhasa Train

Soft sleeper train ticket for Golmud to Lhasa is CNY564.5 per person, and hard sleeper train ticket is CNY358.5, according to the data on the official booking site. Soft sleeper berth will provide larger personal space, more privacy, a quite environment with a lockable door. While hard sleeper also remains the comfort of the bedding, such being popular choice for budget travelers.

For ticket booking, one can turn to us for a smoother and more secured process. Since the train ticket to Tibet is always in huge demand, it is always hard to get one, especially when you travel in peak season. With years of Tibet train booking and Tibet tour handling experiences, we can help to book the train ticket for you based on your preference. Once we get the train ticket, we will send it to your address in Golmud. Or you will get the booking number of the ticket, and then collect it at the train station by yourself.

What to See along Golmud to Lhasa Railway?

Taking Golmud-Lhasa train along Golmud-Lhasa Railway, you could be amazed at the essence of Qinghai-Tibet plateau, including boundless grassland, vast snow-capped mountains and turquoise highland lakes, etc.

It is also named Sob Gangri Peak, lying at an altitude of 6178 m. It is known as the highest peak in the eastern section of the Kunlun Mountains. The peak is also the first choice of a mountaineering expedition for many climbers. With no rock outcrops, the top of mountain is covered by snow and ice all year around.

Chumaer is a Tibetan word, meaning red river. Originating from the southern foothills of the black ridge in the Hohxil Mountains, the river would become red in summer due to its unique climate and terrain. The upper reaches of the river are the vast Hohxil Grassland. And in June, July and August every year, flocks of Tibetan antelope can be seen trekking from the eastern Kunlun Mountains to the west through here and into the hinterland of Hohxil Nature Reserve. 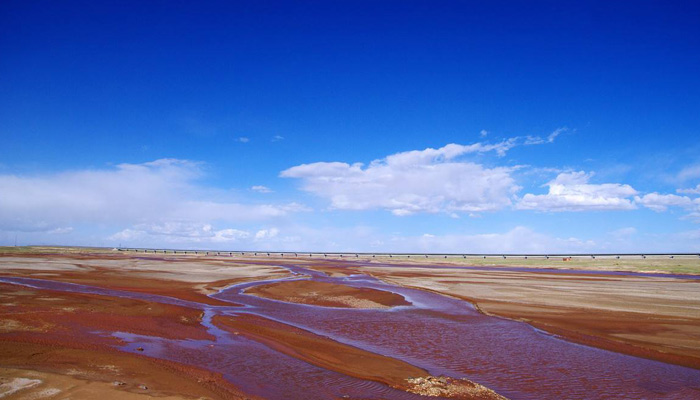 Cuona Lake (4800 m) is known as the highest fresh water lake in the world, covering an area of over 400 square kilometers. Under the blue sky, you can see Tibetan yak and antelope leisurely grazing on the grassland and fish swimming freely in the clear water.

Legend has it that it was once the place where the Queen Mother of the West bathed. In the heart of the local Tibetan people, the lake is a "divine lake". Every year of the dragon in the Tibetan calendar, thousands of believers will come to the lake for worship. 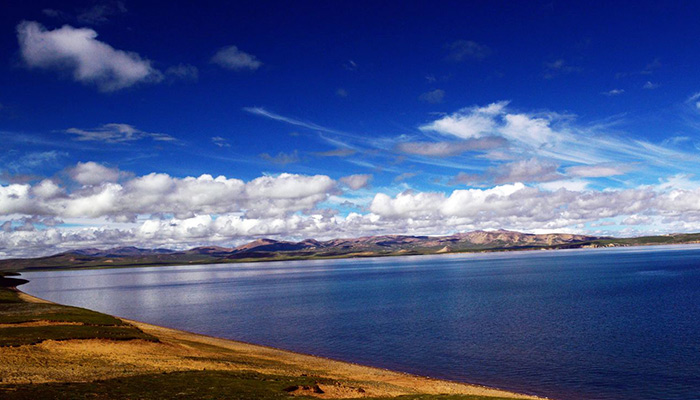 The Kunlun Mountains (Kunlun Shan), known as the first sacred mountain of China and the mountain of all ancestors. It is a large mountain system in central Asia and the backbone of the mountain system in western China. The mountain range stretches from the eastern Pamir Plateau in the west, across Xinjiang and Tibet, and extends into the territory of Qinghai, with a total length of about 2,500 kilometers, an average elevation of 5,500-6,000 meters.

The Tanggula Mountain range is the boundary line between Qinghai and Tibet provinces. In Tibetan language, it means "mountain on the plateau". At about 5231 meters above sea level, the mountain is the highest point of the Qinghai-Tibet Highway. Tanggula Mountain is also the must-visit place for most tourists that travelling to Tibet. There are various attractions near the mountain, like Cuona Lake, Qiangtang Grassland, Sangdan Khamsang mountain etc. 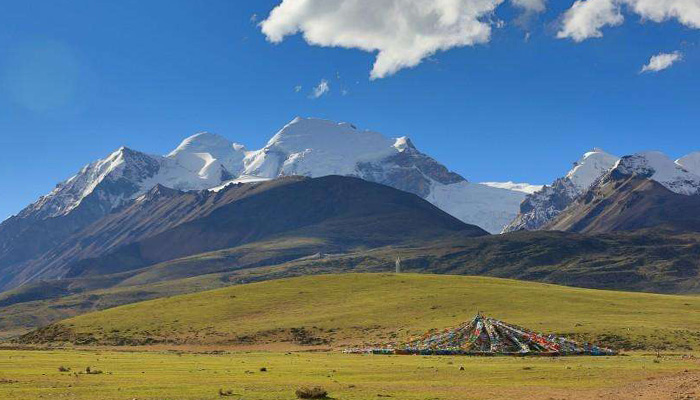 How to Get to Golmud Railway Station?

The Golmud Railway Station is located in No. 39, Yingbin Road. As of March 2019, the ticket hall at Golmud Station has eight manual ticket windows and seven automated ticket machines. Tourists can take public bus No. 1, No. 2 or No. 5 to get to the railway station. The public buses run from 07:00 am to 19:10 pm. If you go to the train station from Golmud Airport, you can take the airport shuttle bus. The bus costs CNY20 per person and will pass four stations en route.

1. It is recommended to get to the railway station at least one hours before your train’s departure time, since you will go through a series of the check. When there are a large number of tourists in the station, you will have to join in a queue, and spend much time waiting.

2. You need to get the Tibet Travel Permit early before you take the train from Golmud to Lhasa. The permit can only be obtained through an authorized travel agency, instead of individual application. And your Chinese Visa and passport will be needed to apply for the permit. It usually takes 8 to 9 working days to get the permit issued. As a better choice, we can help to get your Tibet Travel Permit and train ticket together to ensure you a worry-free journey.

The Golmud to Lhasa train departs several times per day, and only take about 14 hours to get to Lhasa, Tibet. For tourists who require a shorter train ride, it is an alternative in addition to the Xining to Lhasa train. But booking the train ticket in advance is still needed, and one should prepare the Tibet Travel Permit to get to Lhasa from Golmud by train.

Be the First One to Comment "Golmud to Lhasa Train: A Shorter Tibet Train Journey that You May Ignore"