Lhasa to Shigatse train has come into use since August 15, 2014. It took 4 years to complete this remarkable railway construction. The railway is the first one that connects 2 biggest cities in Tibet, namely Lhasa and Shigatse. It brings a lot of convenience. In the past, people were limited to take bus or hire car to drive from Lhasa to Shigatse. And now, one can enjoy a different transfer for this journey.

Please Note:
1) All the ticket prices are the net price. The actual booking price is higher with service fee included.
2) When train demand is low, train departures will be adjusted to 2 departures a day or even one departure a day. Please contact us for the final confirmation.

Among all the three trains from Lhasa to Shigatse, only train Z8801 will have 4 stops along the way, train Z9801 and Z8803 will run directly to Shigatse. And sometimes, all trains to Shigatse from Lhasa will not stop on the way in a day. Stops can be adjusted according to situation, but it won’t affect the scheduled time to reach destination of Shigatse basically. 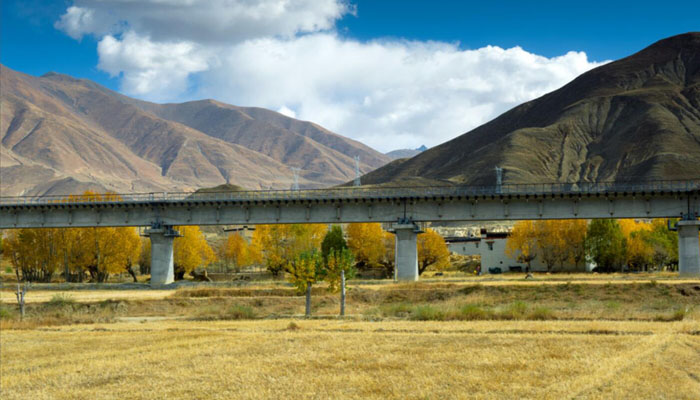 The highlights on Lhasa-Shigatse train (Z8801) are the farming sceneries outside the window: vast fields of barley and buckwheat, massive Yarlung Tsangpo River running through the valley, unique topography and terrain eroded by melt water and mudslide.

Lhasa to Shigatse or Shigatse to Lhasa?

It's advisable to visit Shigatse by highway and then return to Lhasa by Shigatse-Lhasa train. On the overland trip from Lhasa to Shigatse, the grandeur of nature would be a great feast for your eyes. Turquoise Yamdrtso Lake and magnificent Karola Glacier, Gyantse Pelkor Stupa and monasteries come into view one after another. Meanwhile, the sceneries along Lhasa-Shigatse railway remain the same. 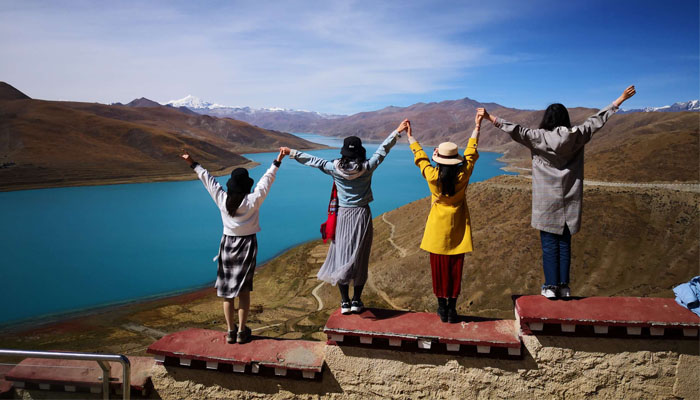 If you would like to visit remote area such as Everest Base Camp or Nagri Region etc., and you would like to shorten the driving time then you can try to take the train from Lhasa to Shigatse, but normally people would like drive for this part.

Lhasa Railway Station situates in the suburb area, about 9km from Potala Palace, 12km away from Lhasa downtown. It is very convenient for one to get the railway station after the city tour in Lhasa. It takes 30 minutes to drive from downtown. And it is recommended to take a taxi or to pre-arrange a car in advance for the train station. 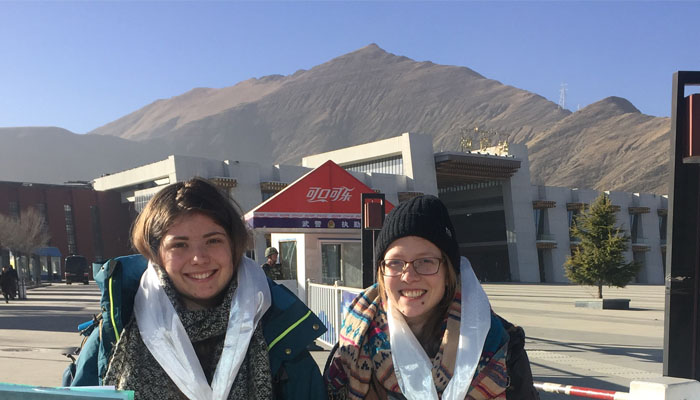 If you would like to go to Lhasa Station from Lhasa Gonggar Airport, you can take public shuttle bus which will stop at the station, nearly 1hr’s driving or you can hire a car to drive there directly. It is recommended for you to arrives at Lhasa station at least 1 hour before the train departure time, in peak season, there will be long queue in station; otherwise, you might miss your train.

Shigatse Railway Station is at Sangzhuzi district in Shigatse, 9km from downtown area, around 20 minutes’ driving. The famous Tashilhunpo Monastery is 9km away from Shigatse railway station. You can visit Tashilhunpo Monastery in the morning and then take the train back to Lhasa in the afternoon, if your schedule is tight. 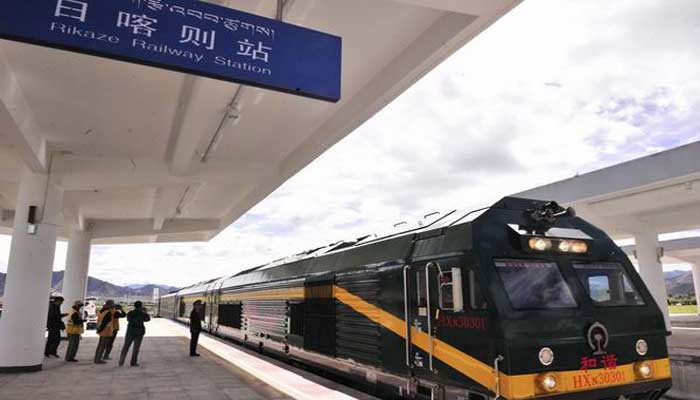 Everest Base Camp is 350km away from Shigatse Railway Station. It will be at least 7hrs’ driving so it is not possible for you to visit Everest Base Camp and return to Shigatse during the same day. It is also recommended for you to take a taxi or hire a car to go to Shigatse Railway Station. Still, you are advised to arrive in the station at least 1 hours before the train departure time.

How about the Scenery along Lhasa Shigatse Train Route?

As mentioned earlier, you will see the grandeur of nature like turquoise Yamdrok Lake and magnificent Karola Glacier, Gyantse Pelkor Stupa & monasteries, you will also expect to have far view of Yarlung Tsangpo River Valley and see Tibetan villages along the way. 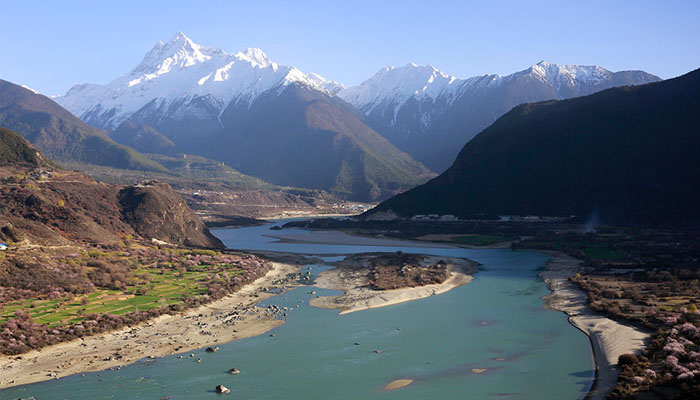 Yarlung Tsangpo River is a beautiful river with water flowing down from the crest. Yarlung Tsangpo River Valley is rich in forest resources, owning 2,644 thousand hectares of virgin forest. It is provided with rare and unique plants and animals, being a natural treasure house of wildlife. Yew and Zoraptera insects can be found here.

From the pottery shard and stone objects of the Neolithic Period discovered in Nyingchi County, the ancient culture of Yarlung Tsangpo River can be traced back to thousands of years. To some extent, it is the cradle of Tibetan civilization.

The soil along the way from Lhasa to Shigatse is quite fertile so the farming is quite developed. Therefore it is possible for you to see many villages along the way, people planting or harvesting on the land.

Lhasa Shigatse train runs on the highest railway in the world. It is 24hrs air conditioned and very comfortable. It offers a lot convenience and benefits to a lot of local Tibetans. Also it provides another way for tourists to enjoy the beautiful scenery along the way between Lhasa and Shigatse. If you still have any question about Lhasa to Shigatse train or travel in Tibet, please feel free to contact us for inquires.

Be the First One to Comment "Lhasa to Shigatse Train"