Mount Kailash and Lake Manasarovar, way out in the far west of Tibet in Ngari Prefecture, is the location of the most sacred mountain in the world. Held sacred in four religions, this unique mountain is the destination of thousands of pilgrims from both Tibet and India every year. To the south of the sacred mountain lies the equally-sacred Lake Manasarovar, believed to be the place where Maya Devi conceived Lord Buddha in the 5th century BCE. Lying in a natural depression alongside its brackish twin, Lake Rakshastal, Lake Manasarovar is also one of the Great Three Sacred Lakes of Tibet.

Located in western Tibet, at a high altitude, the weather around Mount Kailash and Lake Manasarovar is colder and harsher than most of the tourist destinations in Tibet, and throughout the year, the average temperatures range from around -12°C to as high as 14°C. Temperatures range greatly from day to night, with an average difference of between 14°C-20°C between night and day, depending on the season. One of the coldest areas of Tibet, Ngari is much colder throughout the year than both Lhasa and Shigatse. 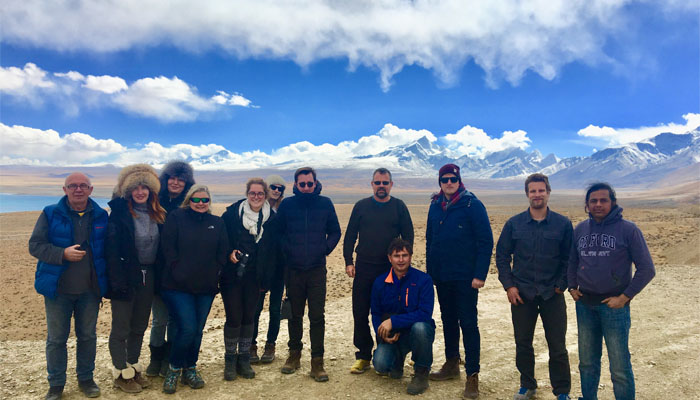 Mount Kailash and Lake Manasarovar is one of the coldest areas of Tibet.

In the summer months, from June to the end of September, the average temperatures range from 16°C to 21°C, while the winter months often have temperatures between 0°C and -4°C during the daytime, and dropping to well below freezing at night. Throughout most of the year, except for the summer months of July and August, the temperatures at night are normally around or well below freezing, with the coldest month of the year being in January. The wind is also a factor throughout most of the year, with the biting winds gusting to as high as 20km/h, making it feel much colder at times.

Spring and autumn temperatures normally range from around 5°C to 17°C in the daytime, with temperatures dropping as low as 0°C to -6°C at night. Spring weather is normally fairly dry, with very little rain. With the colder winter weather slowly dissipating, the bright sun makes the temperatures feel warmer when out of the biting winds. Autumn weather is similarly dry, with a few rain showers sometimes lingering around well into September. With the monsoon gone, the weather remains fairly warm through to the end of October, and the plains are still covered in lush green grass from the summer monsoon.

Spring, from April to June, is one of the best times of the year to visit Lake Manasarovar and Mount Kailash. Clear skies, warming temperatures, and a more pleasant climate make this an ideal time to travel to the sacred mountain and take on the grueling three-day Kailash Kora Trek. While it can still feel a little chilly in April, and there is still the chance of snow in the area, the modern asphalt roads are kept well cleared, and by May and June, the warmer weather makes for easier travel and a more pleasant visit. 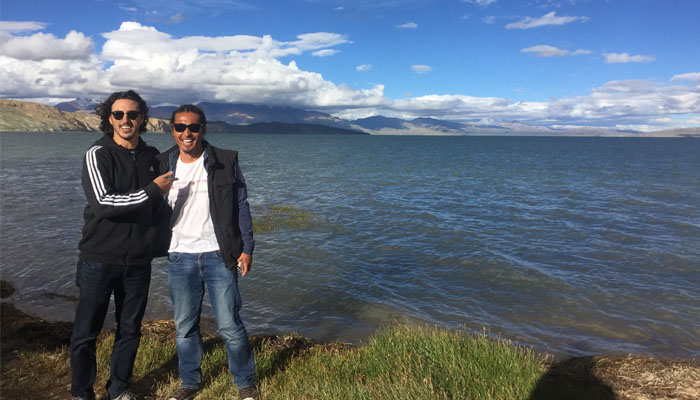 Spring is the best time of the year to visit Lake Manasarovar and Mount Kailash.

Autumn is the second best time to travel to Ngari, which runs from around early September to the end of October. Once the summer has passed and the monsoon rains have gone, the skies clear up quickly and the warmer weather that continues after the summer carries on well into September. The area is lush and green in the plains and meadows of the region, and while the skies are bright and clear most of the time, there is still the chance of a shower in September. By October, the weather has cooled down a little, and the chance of showers has long gone. Dry clear weather prevails, cooling slowly towards the end of October.

Summer, which is the monsoon season from July to August, is often not rated as a good time to visit Ngari. However, the area in the northwest of Tibet actually sees very little rain in comparison with the rest of Tibet’s tourist areas. The monsoon rains in July and August normally see only around 22mm of rainfall a month, which is little more than a few showers throughout the summer. The grass is lush and green, and the plains and prairies are at their most beautiful, with delightful summer blooms dotted across the grasslands. Temperatures are warm, not hot, ranging as high as around 20°C to 22°C throughout the summer months, and dropping to only around 6-7 degrees at night. Summer is a pleasant and warm time to visit, for those that are not afraid of a few rain showers.

Things to Do during Kailash Manasarovar Tour

There are more things to do in Ngari around Mount Kailash and Lake Manasarovar than you might think. Traveler to the region go there for more than just viewing the outstanding beauty of the lake and mountain. This area of Ngari is one of the most popular sacred pilgrimage destinations in Tibet, and the kora routes around both Mount Kailash and Lake Manasarovar are a hugely spiritual experience, not to mention the stunning views.

The Mount Kailash Kora Trek is rated as the most arduous trek in Tibet, and is one of the best ways to spend three days of your Tibet tour. Stretching out over 52 kilometers around the sacred mountain, the kora trek is a three-day hike along the valleys and over the high pass that extends around the mountain itself. 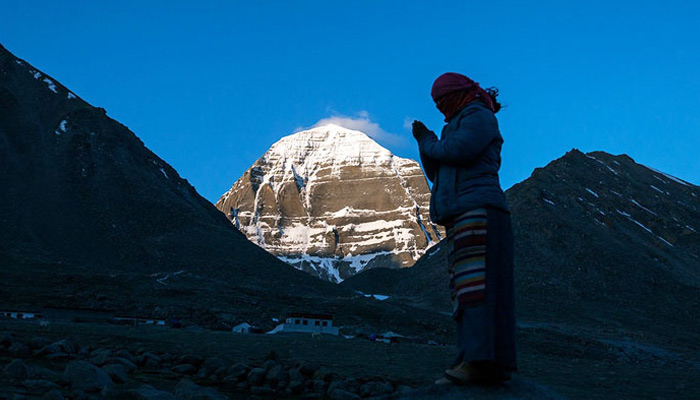 Mount Kailash Kora normally lasts for three days and is one of the most challenging treks in Tibet.

Mount Kailash actually has two kora routes, inner and outer. However, tourists generally only take on the outer kora, as it makes for a better trek than the inner one, which is much harder to hike and reaches much higher elevations. The outer kora route, which covers 52 kilometers, takes three days for tourists to complete, though some Tibetan pilgrims will complete the whole kora in just one day.

The trek is split between the two main monasteries of the kora, stopping at each monastery for the night. The first trek takes you 22km from Darchen, to the south of the mountain, to the monastery of Drirapuk, at 5,080 meters above sea level. The second day is a hike of another 22km that takes you up over the high pass of Dolma La, 5,648 meters above sea level, and on to the campsite at Dzultripuk Monastery, at 4,835 meters. From there, it is just a 12km hike to the end of the kora, at Darchen.

Completing one circuit of the kora is believed to absolve you of the sins of a lifetime, while completing 108 circumambulations of the kora is said to bring you to immediate enlightenment. And in the Year of the Horse in the Tibetan lunisolar calendar, it is believed that one completion of the kora route is the equivalent of 13 circuits in a normal year. In Tibet, this is the most important time to do any ritual pilgrimage to sites such as Mount Kailash.

Located 20km to the south of Mount Kailash, Lake Manasarovar is one of the most beautiful kora routes in Tibet, passing around the sun-shaped lake in a clockwise direction through some of the most outstanding scenery in the world. The kora route, which stretches for around 110 kilometers around this great lake, takes around five days to complete, starting and ending at the Chiu Monastery, on the northwest corner of the lake. 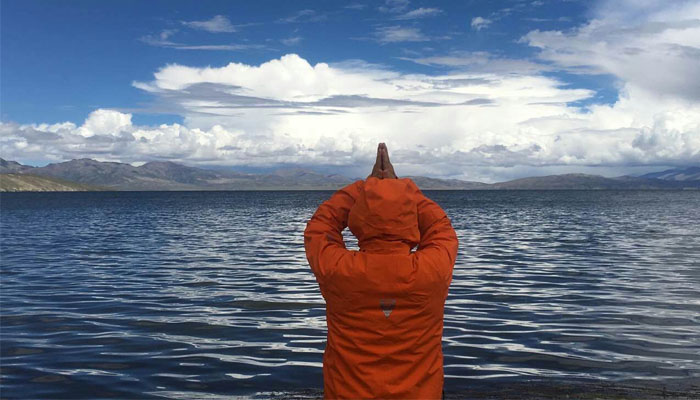 One can take a kora around the holy Lake Manasarovar.

From the Chiu Monastery, the route heads around the lake clockwise, passing through Langbona Monastery, Hor Qu town, Seralung Monastery, Trugo Monastery, and Gossul Monastery. An outstanding hike that has great views of Mount Kailash to the north and the range of the Himalayas to the west and south, this awesome trek is a lot easier than the kora route around the sacred mountain.

For Tibetan Buddhists, the act of completing the kora in the Year of the Goat in the Tibetan calendar is the equivalent of completing 13 circuits in any normal year. The lake is also said to have spiritually cleansing waters, and Tibetans believes that to drink from or bathe in the lake can cleanse the soul of a lifetime of sins.

Held on the 15th day of the fourth month in the Tibetan calendar (May of June in the Gregorian calendar), the Saga Dawa festival is one of the most important festivals in Tibet. Held in many places, the most spiritual festival is held at the foot of Mount Kailash, and is a day of special spiritual significance that celebrates the birth, death, and enlightenment of Sakyamuni Buddha, the founder of Buddhism. 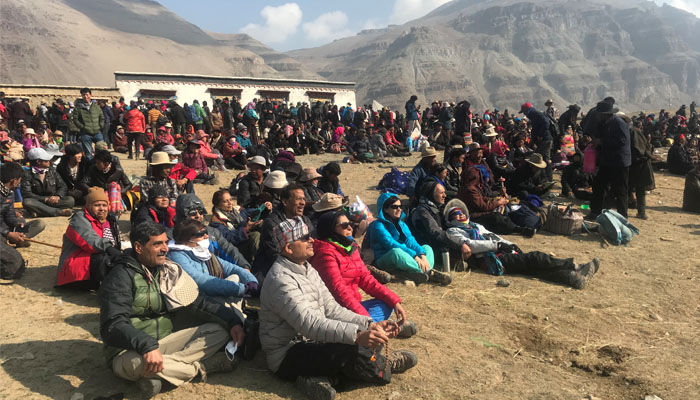 The festival includes several rituals in Tibetan Buddhism, and is attended by thousands of pilgrim and tourists every year. After the ritual ceremonies around Tarboche, the flagpole is taken down and the prayer flags replaced, before pilgrims begin their treks around the outer kora route of Mount Kailash.

What to Pack for the Trip to Kailash Manasarovar?

Packing for a Kailash Kora Trekking tour is important, and you really do not want to include anything in your trekking pack that will weigh you down too much. The trek is rough and rocky, and an arduous hike, and unnecessary gear will make it even harder. The standard trekking gear is required, including good hiking boots and warm woolen socks, weatherproof trekking pants, several layers of trekking shirts to help you stay warm and regulate your own temperature when trekking, and a good waterproof jackets and warm fleece or down jacket for the colder evenings.

You will need to make sure that you have all your permits in order for the trekking tour in the Ngari Prefecture, which includes the Tibet Travel Permit, the Alien’s Travel Permit for travel outside Lhasa, the Restricted Areas Permit for travel to Ngari itself, and the Frontier Pass for traveling in the border areas of China in Tibet.

Your day pack should be light enough to manage, but able to carry all of the gear you need for the trek, as there is no support vehicle meeting you at each campsite. Sleeping bags are a necessity, as the weather can still get cold and guesthouses may not have enough blankets to keep you warm. Trekking poles are also useful, as the climbs can be rough and uneven. You should also bring sun block, moisturizers, and lip balm for the intense sunlight and cold winds, and a good hat to keep the sun off your head. Sunglasses are also recommended for the bright sunny days.

The best times to visit Mt. Kailash are in May and June or September and October. While the temperature can be quite warm in the daytime, it can still get very cold at night. You will still need a few warm sweaters in the evening and early morning during your tour. When visiting Mount Kailash region, one can enjoy the classic 3-day Kora trek, or attend the famous Saga Dawa Festival, or circle around the beautiful Lake Manasarovar.