Tibet Weather in March: Weather Guide on Travelling to Tibet in March

March is the alarm for the return of warm weather on Tibetan Plateau. However, for most part of Tibet, March is still the winter time except Nyingchi where tourists can experience the spring season. So warm clothes are still necessary for travelling to Tibet in March. March is a perfect time for Nyingchi visit in Tibet. Relatively low altitude places such as Lhasa and Shigatse is also suitable to visit in March.

How is the Weather in Tibet in March?

Tibet weather in March begins to warm up, and the temperature difference between day and night is big. Generally, Temperature can reach 15 ℃ at day time but can drop to -2 or -4 ℃ at night. Nyingchi area is an exception as it is already in the spring time, and the temperature can reach 18℃ at day time but still drop to -2℃ at night. It seldom snows and the weather is dry as usual. Compared to winter time from November to February, the oxygen occupancy is relatively higher but much lower than summer season. Travelling in March to Tibet need to bring warm clothes and sun lotions.

Where to Go in Tibet in March?

Nyingchi would be the No.1 option for tourists in March. The temperature is around 10℃ averagely, ranging from 0 ℃(night) to 15 ℃(day). Peach blossom is quite a view for Nyingchi from middle March. The reputed “Peach blossom” festival normally falls in middle March. Peach blossom will be ready to present their full smile to the world with such warm weather, especially at lower valley near Brahmaputra, Pome etc. Tourists would be amazed by the vast sea of peach blossom on a sunny day.

In March, the rain fall is rare and it is sunny during most of days. The view with snow mountains around, lakes shadowed by the peach blossom is breathtakingly beautiful. Just remember to bring warm clothes by travelling to Nyingchi in March. Recommended highlights for a Nyingchi tour include: Peach Blossom festival, Mt. Nnamjagbarwa, Ranwu Lake etc. Do not forget to bring camera to shoot the beautiful view which can only be seen in March.

Lhasa still has the atmosphere of Tibetan New Year in March. The decorations in the streets still reminds celebrations of the new year. The temperature is from 0℃ to 15 ℃, sometimes it could snow. Potala Palace, Jokhang Monastery and Barkhor Street are the must-go places when visiting Lhasa in March. A short-day trek to Ganden, mingling with local Tibetans could be very meaningful. The view of Potala Palace, Ganden Monastery under snow cover in march could make people forget where they are on the heaven with such a pure land. 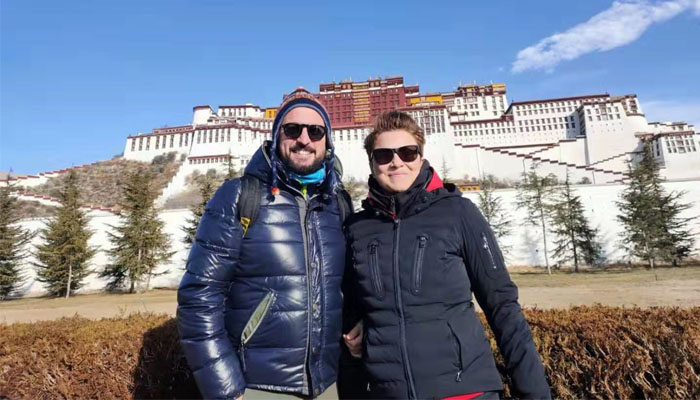 Potala Palace is the must-go place when visiting Lhasa in March.

Shigatse is the second largest city in Tibet, and the weather is similar to Lhasa. It is a little bit cold and could snow sometimes with big temperature difference between day and night. Visiting Shigatse in March is recommended to concentrate more on its history and cultural site such as Tashilhunpo Monastery, Shigatse free market. There are very few tourists in this month, so you have more chance to get to real local Tibetan life and history. Recommended travel route is Lhasa-Gyantse-Shigatse-Lhasa, with a visit to the central Tibet within one week. 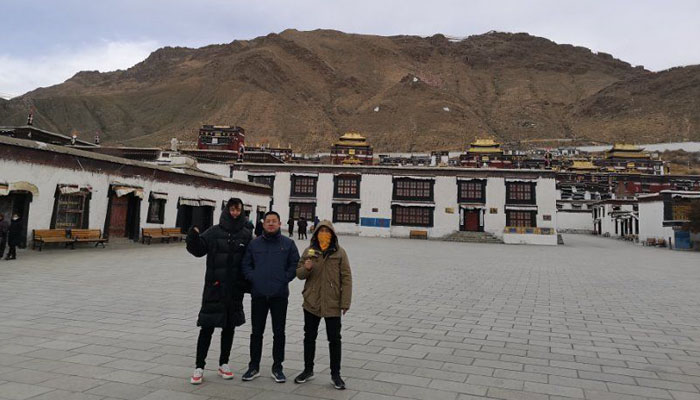 Yamdrok Lake is suitable to visit whole year around, including March. The looks of Yamdrok lake is as beautiful as usual when it falls on sunny day. It might be windy and cold in March but sunny days seldom absent so the view of Yamdrok lake is just very entertaining. Suggested travel route is Lhasa - Yamdrok lake - Lhasa, which can bring you to experience a wonderful 5-day Lhasa and Yamdrok Lake sightseeing trip. 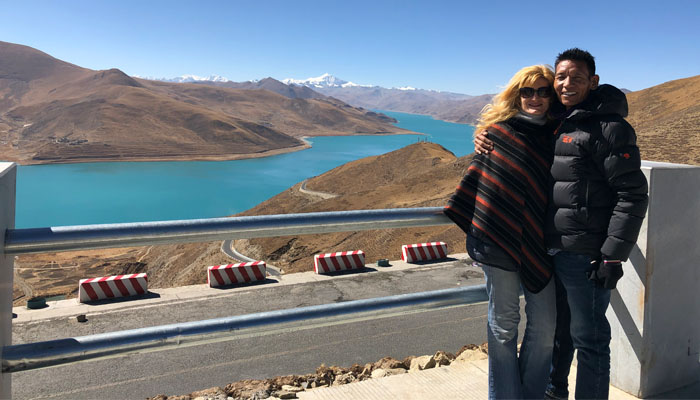 The Everest Base Camp is suitable to go in March. It is not the peak season for explorers and mountaineers to trek Everest Base Camp, but for those who really understand the weather and do not mind coldness, probably travelling to EBC in March is one of the best options. Tent house at EBC would not be available because it would be too windy and cold to stay in the tent. 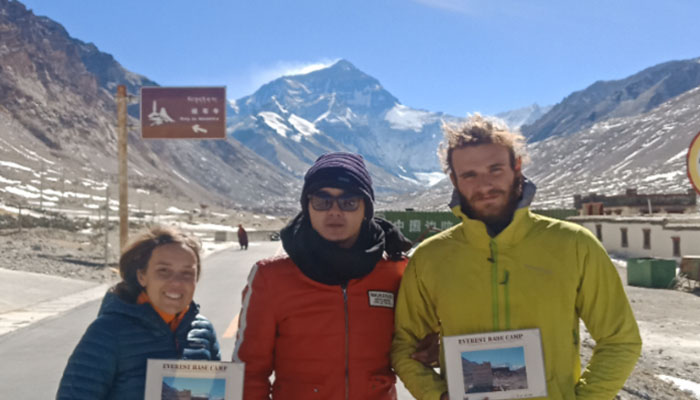 In March, tourists need to be careful for altitude reaction as the oxygen occupancy in the air during this season is relatively small. The temperature night could drop to -10℃, so warm clothes, winter outfits and anything can bring you warm are definitely required. One more thing needs to be aware of: the road to EBC could be quite icy and slippery, so it is needed to drive with cautions for safety.

Taking part in Tibet festivals is a good way to know Tibet religions and customs better. It is one of the best ways to have authentic Tibet travel experience. 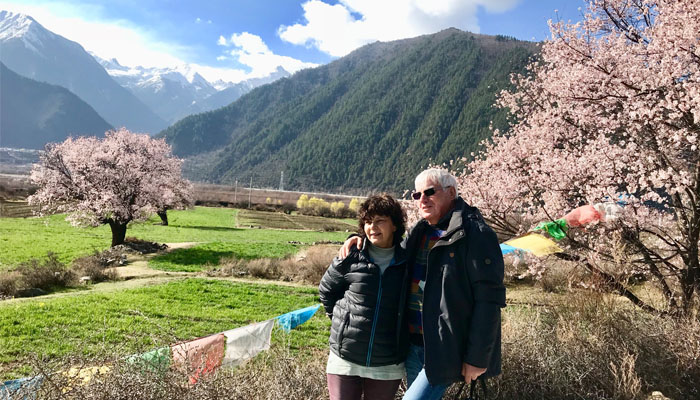 During this festival, tourists are able to see huge area of peach blossoms at Gala Village in Bayi Town or Gongga Village in Pome area, on the way from Nyingchi airport. The peach is not planted but grow wildly and naturally on its own so it is a totally different view. The festival normally last for 15 days from March 15 to April 1st, the dates could change a little bit according to the weather.

Tibet Butter Lamp Festival is the last climax of the Tibetan New Year Festival and the celebration of Monlam Prayer Festival. Lamas and artisans make butter sculptures of different figures, flowers, birds, and animals and display them on the shelves at Jokhang Temple, which are lit by lanterns as night falls. Some people even make the lanterns with a series of stories telling the ancient legends of Tibet. 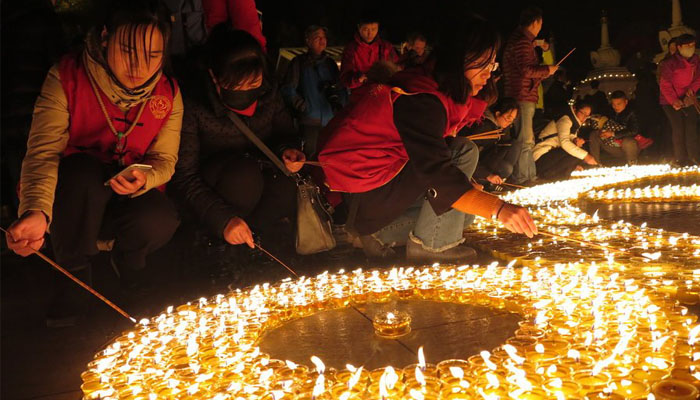 On this day, local Tibetans will go to temples to burn incenses to worship Buddha. As night falls, they will put up many stands to display the butter lanterns they made by themselves. The stands go as high as three-story buildings; even the lower ones are of two-story height. The lanterns are either grand or small. The lights make the whole street as bright as the daytime. People sing and dance while enjoying the lanterns. The Butter Lantern Festival is also called Lantern Festival. The best place to experience this festival is Lhasa.

What to Wear to Visit Tibet in March?

As it is cold most of the time and the temperature difference between day and time is big, it is sensible to wear in layers in March. Dressing in layers with thermal underwear and sweater and heavy coats at day time, while it is suggested to dress thick down jackets and down sporty pants for the evening. Winter gear and gloves are needed for higher places. Sun cream, sun hats and sunglasses are always necessary. For trekking, you’d better bring windbreaker, mountaineering jackets and woolen sweaters to trek Everest Base Camp. Winter gear, sturdy sneakers or hiking boots are highly recommended.

March is the best season for experience Peach Blossom festival in Nyingchi. It is also suitable to go to Tibet for lower altitude place like Lhasa and Shigatse. With proper preparations, Mt. Everest Base Camp is also suitable to visit. And it is low season with fewer tourists in March, so tourists can save more money and avoid large crowds during the visit. If you still have any problem about travelling to Tibet in March, please contact us for ideas or suggestions.

Be the First One to Comment "Tibet Weather in March: Weather Guide on Travelling to Tibet in March"