How to Take a Tibet Tour as a Foreigner: The Ultimate Guide

Tibet, also known as the Roof or the World and Land of Snows, is as unique a destination as it gets. With the average altitude of around 4,500 meters (14,750 feet), it is higher than most places on Earth where people live, by far.

Accordingly, the Tibetan plateau features a unique culture and legacy that developed independently from other neighboring civilizations quite long. That's where the uniqueness of Tibet only begins, though.

Due to regulations and particularities related to elevation, traveling to this Asian destination is a complex endeavor. In short, it involves much more than packing bags and jumping on an airplane or train to Lhasa. Thus, we elaborate on how you can organize a Tibet tour as a foreigner in this article.

For international travelers, the first step toward a trip to Tibet is applying for a Chinese Visa. This travel document is usually valid for three months starting from the day of issue. 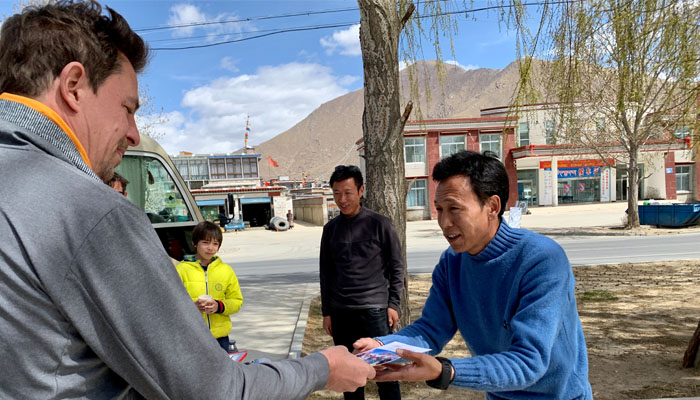 So, plan the application and duration of your stay accordingly to avoid overstaying. In general, the Chinese officials approve a tourist visa in four or five days.

The following step is submitting a request for a Tibet Travel Permit (TTP) via a local tour operator. As a foreign national, you can't apply for the permit nor organize a Tibet tour on your own.

Hence, you need to arrange your trip with the chosen agency and provide relevant documents for a successful application. Once you settle all the details, the travel agency sends the application for TTP to the Tibet Tourism Bureau on your behalf.

Typically, the issuing of the document takes up to two weeks. Note that the export of the Tibet Entry Permit isn't allowed. Therefore, you need to notify your tour operator where and when to send you the permit upon arriving in China.

When is the Best Time to Visit Tibet? From April to October Yearly

The majority of vacationers visit the world's highest plateau from April to October. During this period, the countryside is the most beautiful, and the weather conditions are typically favorable.

Even in summer, which passes as the wet season, there is less precipitation here than in most other destinations sharing the same latitude.

Moreover, the level of oxygen is higher during this time of year than from mid-autumn to mid-spring. Due to high altitude, the Autonomous Region of Tibet features thinner air than most places travelers come from. So, you can adapt to the difference more quickly during the season featuring plentiful greenery.

The longer you can visit Tibet, the better. But, for a meaningful tour of the Roof of the World and its top attractions, you are suggested to plan a week and a half at least. 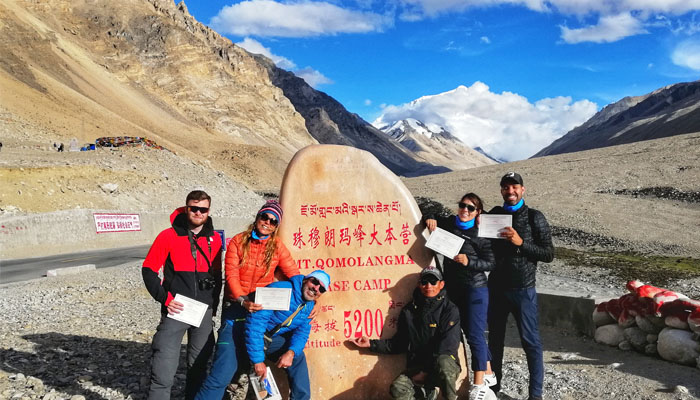 An eight- to ten-day Tibet trip allows you a few days to acclimatize to the elevation in Lhasa, the highest capital in the world. The remaining days are enough for you to visit Everest Base Camp, or Namtso and Yamdrok lakes, or top destinations of Central Tibet.

Most guided Tibet tours that last between a week and two include visits to the top tourist attractions in Lhasa and throughout the plateau. Along the way, travelers acquaint themselves with the rich cultural legacy and diverse nature.

How Much to Cost? It Depends

Some key factors determining the cost of traveling Tibet are: Seasonality; joining a group or arranging an individual tour with your agency; travel agency you choose; and type of accommodation.

Touring the Roof of the World is the most affordable in winter. Prices of guided tours tend to be 15% lower in January than in July, even more. In accordance, accommodation providers are willing to lower their deals to attract patrons during the off-season. 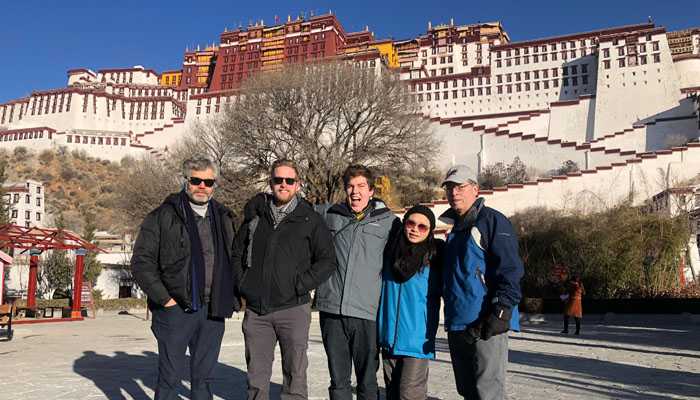 Visit Gawu La Pass during our winter trip in Tibet

Booking a guided group tour is much more economical than organizing an individual trip. Since you will have your hotels and other cost sharing with others. A small group tour also usually follows the classic itinerary for Tibet travel, so that it can avoid repetitive or similar attractions along the way.

Regarding travel agencies, there are a lot of them present in the market. Before you choose one of those, make sure to research the agency, how long it is in business, and read reviews of its former customers. In general, it is always safer to place your bets on a reputable Tibet travel agency that's been around for a while.

You can choose where to stay among various accommodation providers in Lhasa. Luxury and mid-range hotels, guesthouses, and hostels cater to every type of traveler. If you want to travel on a budget and do not demand too high on conditions of residence, you can choose youth hotels or guest houses for lower cost.

To sum it up, touring Tibet will never be cheap, and it can vary from people to people based on different situations. However, the price you pay will be one of the best travel investments you ever made.

How to Get to Tibet? Enter by Train and Back by Flight

Arriving in Lhasa by Tibet train provides many benefits compared to coming by airplane, with the price being not the least among them. During the journey, you can admire the Tibetan countryside and even spot various wildlife along the famous Qinghai-Tibet Railway. 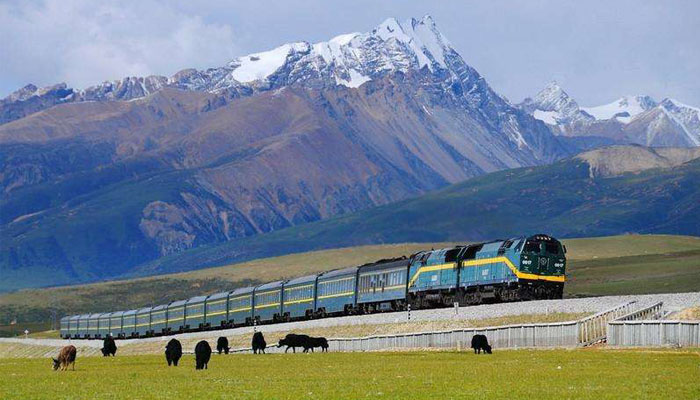 The noted Qinghai-Tibet train to Lhasa

Spending a few days in Xining along the way will help you acclimatize to the high elevation to some extent. And that will prove quite useful for your tour of the world's highest plateau.

Holidaymakers arriving in Lhasa by airplane don't have a chance to adapt to the altitude difference. In a short time, they get from a destination featuring plentiful oxygen in the air to the one where levels of O2 are significantly lower. Thus, it is always better to arrive in Tibet by train and leave it by airplane.

Join a Tibet Small Group Tour; Your Are not Allowed to Travel on Your Own

As already indicated, traveling the Roof of the World on your own isn't an option for foreign visitors. Thus, small-group tours of Tibet offer the best value for money. By spending your holiday in a small group, you benefit from costs way lower than those of individual trips and still get personalized attention. And, there are many such tours available to suit everyone's needs and interests. 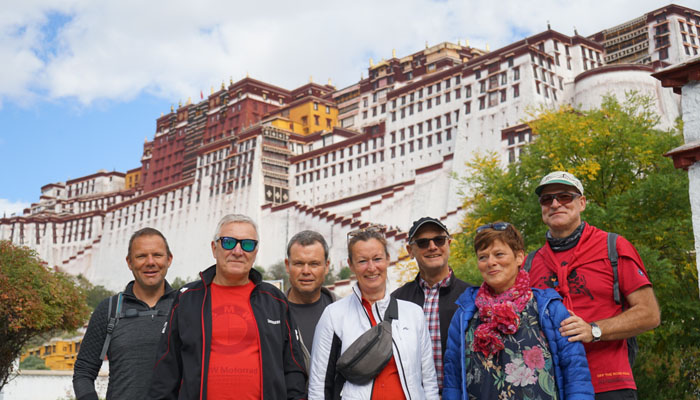 Small-group tours are tailor-made for visitors interested in sightseeing, nature, culture, and other unique features of the Land of Snows. Some of them begin and end in Lhasa, the principal city of Tibet. Others kick-off or conclude in Kathmandu, Nepal, or a city in China, such as Beijing, Chengdu, or some other.

1) Pack layered clothing regardless of the season. Even in summer, air temperatures can drop enough for you to need warm garments, especially at higher altitudes. As for winter, you may experience sub-zero temperatures in the morning and balmy weather in the afternoon.

2) You will find that Tibetans are friendly and forthcoming people. To honor their hospitality and kindness, try to learn their customs and habits before arriving in Tibet. These may be quite different from the rest of the world, and you should do your best to avoid offending the locals unintentionally.

3) Tibetan cuisine is likely to be much different from other cuisines you experienced. To acquaint yourself with it properly, dine at local restaurants. Some specialties you should have are Tibetan noodles and sausages, Momo, and yak meat.

4)Choosing the right tour operator is the key to your tour of Tibetan Plateau. A professional agency will always have your best interests at heart and won't compromise on anything to earn more.

5) Due to high elevation, you should always apply sunscreen to exposed parts of your body. Getting sunburns in Tibet can lead to various complications.

6) If you catch a cold just before your trip, postpone it. Because of lower levels of oxygen, such a minor health issue can become a severe one for people who haven't adapted to the elevation. Catching a cold after a few days acclimatization isn't as serious, and treatments are much easier after your organism adapts to the change.

So, arranging and preparing for a Tibet tour involves quite a planning for international travelers. You will need to secure Chinese Visa and Tibet Travel Permit first. And you will need to pay attention to more issues to have better experience on the plateau. So, it is better to book your trip with a reputable tour operator for a smooth trip in Tibet.

Be the First One to Comment "How to Take a Tibet Tour as a Foreigner: The Ultimate Guide"