Is There a High-speed Train from Beijing to Tibet?

When travelling from Beijing to Tibet, quite a few tourists will wonder whether they can enjoy a high-speed train to the plateau from the capital. While China is renowned for its high-speed rail network, which is the largest in the world, currently there is no high-speed train that runs all the way to Lhasa in the Tibet Autonomous Region. For this trip, you only have the normal Tibet trains that direct to Lhasa from Beijing.

However, there are ways to experience the high-speed trains on your Beijing to Tibet trip, if you choose transfers on the way. Check the details in this passage below.

Direct High-speed Train to Tibet from Beijing not Available Currently

While the railway across the plateau is designed to allow speeds of up to 100km/h, this is far from high-speed in China, and the high-speed option is not yet available for travelling to the Tibetan plateau capital of Lhasa.

What is a high speed train in China?

China’s High Speed Rail (HSR) is a network of passenger railways that are designed for trains to travel at speeds of up to 350 kilometers per hour, which is around 217 miles per hour. Sleek and streamlined, the high speed trains are the fastest way to travel by rail from one city to another in China. High-speed trains are also one of the most popular ways to get from city to city in China, and can be found in almost every province of China, with the exception of just Macau and Tibet.

High-speed trains have drastically reduced the travel time between many of China’s major cities, with some being cut in half or less, compared to the time it takes an ordinary train to travel the same distance. This has led to an increase in travel and tourism across the country, with tourists being able to travel quickly and cheaply over long distances. 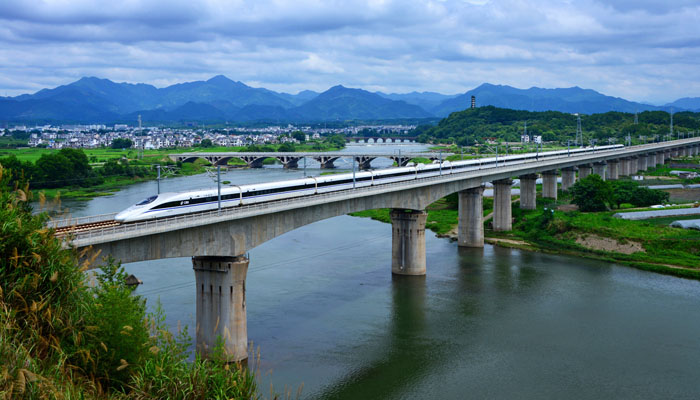 China High-speed trains are able to travel at a speed of up to 350 kilometers per hour. 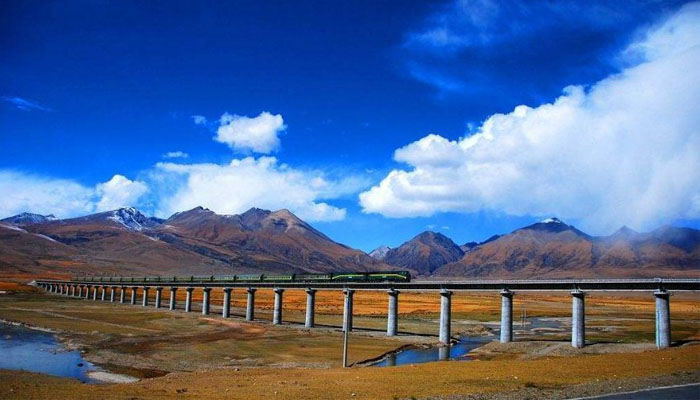 Tibet Trains usually average a speed of around just 73-91 kilometers per hour.

Another major difference of high-speed trains with the Tibet Trains is the type of carriage used. In the high-speed trains, the carriages are mostly seats, with no sleeper carriages available for use. This is due to the trains being able to get to their destinations in a much shorter time, reducing the need to include sleeper carriages. This also means that the trains can carry more passengers, making them more cost-effective.

The Tibet trains all take more than a day to travel to Lhasa, which means passengers will need to sleep at some point along the journey. And with several train journeys actually covering three separate days, the need for sleeper carriages is much higher. And with more passengers preferring the sleeper cabins to the hard seats, the need for seating is normally reduced to just one carriage only.

The first thing to do is to take the high-speed train from Beijing to either, Xi’an, Lanzhou, or Xining. Trains depart from Beijing to Xi’an daily from 6:27am to around 6:55pm for the last departing train. The trains generally take from around 4 hours 26 minutes to as long as 6 hours 8 minutes to cross the 1,216 kilometers between Beijing and Xi’an in Shaanxi Province. The trains depart from Beijing West Railway Station, and arrive in Xi’an North Railway Station, which also hosts the trains to Tibet. The HSR trip to Xi’an costs from around 75 US Dollars for a second-class ticket. 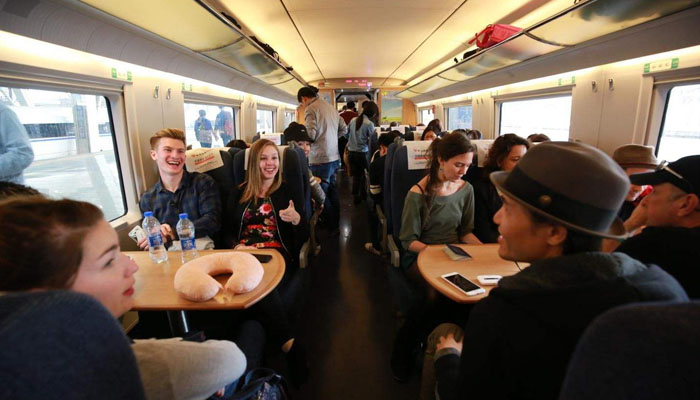 There are only two pairs of high speed train that run the route between Beijing and Lanzhou, which depart at 6:27am and 10:45am daily. Covering a huge distance of 1,784 kilometers, these amazing fast trains take from 7 hours 13 minutes to 9 hours 5 minutes to reach the Lanzhou West Railway Station. On average, the cost of a second-class ticket from Beijing to Lanzhou is around 102 US dollars per person.

When it comes to taking a high-speed train from Beijing to Xining, the start of the Qinghai Tibet Railway, you actually need to travel to Lanzhou first, and then get the high-speed train from there to Xining in Qinghai Province. However, there are currently around 16 pairs of trains running between Lanzhou and Xining, covering the distance in as little as two hours. And with the cost of the second-class tickets starting at just eight dollars per person, with first class seats for only 14 dollars each, it is worth taking a first class seat for the comfort provided.

Once you are done enjoying the delights of the high-speed trains, you can take your regular train to Tibet. The train from Xi’an to Lhasa departs twice per day, although there is no dedicated train that begins in Xi’an. Instead, you will choose either the Z165, which begins in Shanghai and passes through Xi’an, or the Z265, which starts in Guangzhou, passing through Xi’an on the way to Lhasa. While this option is quite useful, there is actually no guarantee that you will be able to get tickets on these trains, especially in the peak season. You should ensure that your travel agency books the ticket well in advance of the trip. 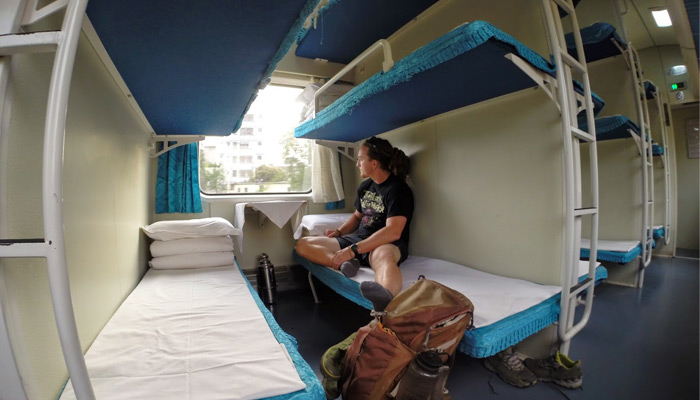 The trains to Tibet depart every other day from Lanzhou, and take around 24 hours 13 minutes to reach the Tibetan capital. One of the shortest journeys to Tibet from mainland China, the trains from Lanzhou to Lhasa depart at around 12:17pm and cost from around 78 US dollars for the 2,188 kilometer trip.

From Xining, you have a better chance of ensuring that you can get tickets for the trains to Tibet, as this is the start of the famous Qinghai Tibet Railway. The trains to Tibet from Xining depart more frequent than from anywhere else in China, and the station is the closest departure location to the Tibetan capital. The trip to Lhasa from Xining, the capital of Qinghai Province, takes around 21 hours 28 minutes and costs from just 73 US dollars for the hard sleeper berths. And while the trains depart every other day for most of the y ear, in the peak months, they are normally extended to run daily, based on demand.

Take a Flight to Lhasa Instead after High Speed Train Journey

If you are not happy with long train journeys, you can always choose to fly to Tibet from your high-speed destination. Flights depart from Xi’an eight times a day, and take around 3 hours for the flight to the Lhasa Gonggar International Airport. And flights can cost from as little as US$147 per person.

Flights from Lanzhou run daily to Lhasa for around US$194 per person for the 2 hours 25 minute flight. And from Xining, there are six daily flights to Lhasa, taking around 2 hours 20 minutes and costing from just 135 US dollars per person.

So, while you may not be able to take a high-speed train all the way to Tibet from Beijing, you can make the most of China’s outstanding high-speed rail network and reduce your travel time by train by taking a high-speed train to one of the closer Tibet departure cities. And with the options for flights from all three major cities, you can always speed up your journey to the Roof of the World.

Read More about Is There a High-speed Train from Beijing to Tibet?

Be the First One to Comment "Is There a High-speed Train from Beijing to Tibet?"