The Easiest and Best Way to Get to Tibet from Yunnan: by Train, Flight or Overland?

Lying in the southwestern-most part of China, bordering with the Tibet Autonomous Region to the northwest, Yunnan Province is one of the most popular departure locations for travelers to Tibet. In fact, for anyone planning a trip to Tibet, parts of this stunning province lie on the Tibetan plateau in the Hengduan Mountains and were originally part of the ancient Tibetan Empire.

The regional capital of the province is Kunming, one of the popular departure cities in Southwest China for departures by flight to Lhasa. And with its close location to Tibet and the relatively good transport options for travel to Lhasa, Yunnan is one of the top departure locations for tours in the plateau region. However, it does pay to know the easiest, best, and cheapest ways to get to Tibet from Yunnan, for those that are planning a trip to the mystical plateau land.

Flying is by far the easiest way to get anywhere these days, and with more places offering flights to Tibet in Yunnan Province, this is often the preferable option for many travelers. Currently, three airports in Yunnan offer flights to Lhasa’s Gonggar international Airport, all of which are fast and convenient.

The main flights to Tibet from Yunnan Province depart from Kunming Changshui International Airport, which has two daily direct flights to Lhasa, as well as several indirect and stopover flights. Lying to the northeast of the city, the airport offers the two flights to Tibet, with China Eastern Airlines and Tibet Airlines, both of which take around three hours to reach Lhasa. In general, the flights can cost from around 289 US dollars per person for these economy one-way tickets. 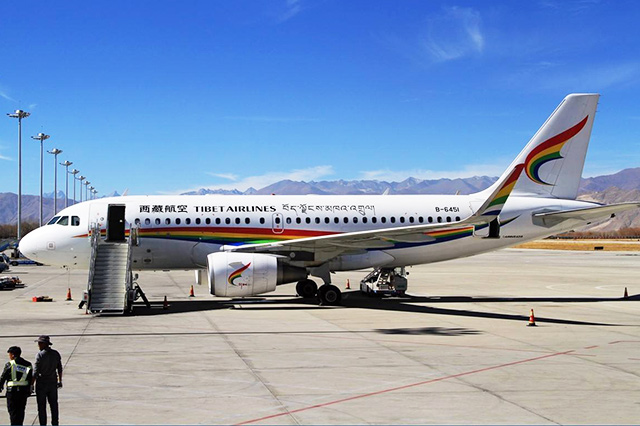 Other flights to Tibet from Yunnan

if you are not able to get the flight from Kunming, then you also have the option of getting a flight to Lhasa from both Lijiang and Shangri La. Both cities are a little further north than Kunming, but have good airports with daily flights to Tibet.

From Shangri La, from the Diqing Shangri-La Airport, there is one direct flight to Lhasa every day. The flight takes around 2 hours 10 minutes to reach the capital airport of Tibet, and costs from around 209 US dollars per person. However, there is a second flight in the peak season, to cover the increase in tourist travel.

From the Lijiang Sanyi International Airport, the second largest in the province, there is also just one single daily flight to Tibet. Run by Sichuan Airlines, this 22 hour 10 minute flight normally costs from around 354 US dollars, so is the most expensive option of the three airports.

If you are a little more adventurous, then you can always opt for the epic overland tour to Tibet from Yunnan. An immense trip that covers more than 2,200 kilometers and takes around 17-18 days, this long drive is only suitable for those with a strong constitution. As one of the most arduous roads in the world to drive, this epic route is an amazing adventure that will take your breath away. 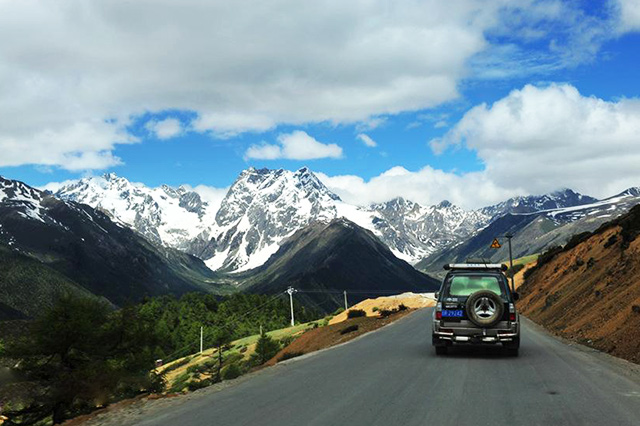 Yunnan to Tibet overland trip is featured with beautiful scenery.

Starting in Kunming, the route follows the infamous Yunnan Tibet Highway, which snakes its way northwest from the Yunnan provincial capital to meet up with the Sichuan Tibet Highway at Markam in Nyingchi, Tibet. Passing through the eastern slopes of the mighty Hengduan Mountains, the easternmost range of the Himalayas, the route takes you through Lijiang and Shangri La, as well as passing close by Mount Cangshan, Erhai Lake, the Tiger Leaping Gorge and the beautiful Meri Snow Mountain. Noted as one of the most scenic road routes in the world, this is one road route through Yunnan to Tibet that is well worth the time it takes to traverse.

At Markam, the Yunnan Tibet Highway meets up with its partner road from Chengdu in Sichuan Province, and heads west to Lhasa through Nyingchi Prefecture. From here, the route passes through Bangda, Ranwu, and Nyingchi Town on its way to Lhasa. Passing several amazing sights, including the immense Bangda Prairie, the famous Ranwu Lake, and the Midui Glaciers, this section of the route is just as awesome as the first. And after Nyingchi, you will travel along the new Lhasa-Nyingchi High Grade Highway, which passes through the Mila Mountain Tunnel, the highest road tunnel in the world.

The new section of high-grade highway between Nyingchi City’s Bayi Town and Lhasa runs for around 409 kilometers across the lowland plateau area to the capital. This new road has actually cut the travel time for this part of the route down to less than five hours, which means you can have more time to explore the amazing sights in the area, Including the epic Basum Tso, a sacred lake for Tibetan Buddhists that has a small monastery on the little island just off-shore.

Can I Get to Tibet from Yunnan by train?

While the option of taking a train to Tibet from Yunnan would be great, at this time, there is no direct train that runs from Kunming to Lhasa. Currently, the railway line from Chengdu to Lhasa is already under construction, and in the near future, you will be able to board the train at Chengdu, or Markam if you prefer, and continue your trip from Kunming into Tibet by rail. However, this is not yet a reality, and the sections of the proposed Sichuan-Tibet Railway between Kangding and Nyingchi are yet to be built. 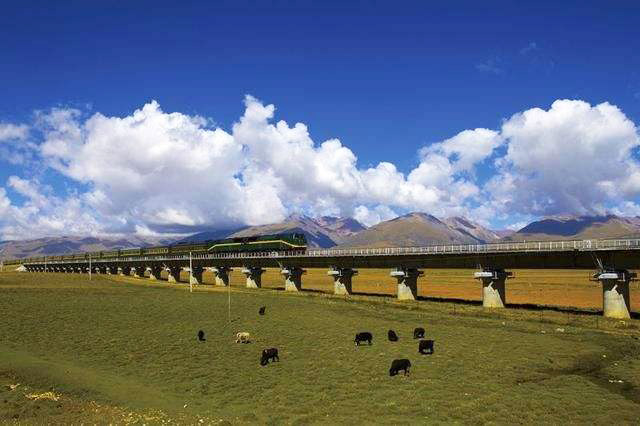 You can take the train to Tibet after arriving in the gateway cities from Yunnan.

For now, you have other options for taking the train to Tibet. While there are seven gateway cities for the famous Tibet Trains, Chengdu is located in Southwest China, and is one of the most popular departure locations for the trains to Tibet. However, it does take around 36 hours to reach Lhasa from the Sichuan provincial capital.

The best alternatives, if you really want to take the train to Tibet, are to travel by flight to either Lanzhou or Xining, from where you can board the trains to Tibet. From here, the trains take around 22-24 hour to reach the Tibetan capital railway station on the banks of the Lhasa River. The train from Lanzhou departs daily for Tibet, and takes around 24 hours to reach the capital, costing from as little as US$ 78 per person.

The train from Xining is even shorter, taking just 21 hours 30 minutes to reach the Tibetan capital. Trains depart daily from the station, and cost from as little as 74 US dollars per person, depending on the ticket class you choose. The trains from Xining are also an advantage over other departure stations, as they are longer than any other trains with more first and second class carriages.

Travel to Tibet from Yunnan Province in China’s southwest is a great way to enter this high-altitude land, and you have a good choice of routes you can take to reach Lhasa. The options for travel are limited, though, and you should choose your travel method based on your own requirements. Flights are faster, but more expensive, while trains to Lhasa do not yet run from Yunnan, and you need to travel to one of the gateway cities to board the trains to Tibet.

And while the epic overland adventure does seem like a great way to travel to Lhasa from Yunnan province, this is not a road that you would be able to drive alone. As all parts of Tibet require you to be on a pre-arranged tour, your road trip to Lhasa would have to be with a guide and driver, which would also make it more costly an option. However, the scenery is more than worth it.

Be the First One to Comment "The Easiest and Best Way to Get to Tibet from Yunnan: by Train, Flight or Overland?"