How to Get to Nyingchi, Tibet? By Flight, Overland or Train?

The lowest part of the Tibetan plateau, Nyingchi is also known as the Switzerland of Tibet for its stunning alpine meadows and lakes and the similarity to the Swiss Alps. One of the most stunningly beautiful areas of the plateau, Nyingchi is a popular place to visit from both Chengdu and Lhasa, and is a popular route for entry into Tibet from mainland China. Getting to Nyingchi can be done in a number of ways, from flights from both Chengdu and Lhasa, to travel overland from a number of locations in both southwest China and Tibet. Choosing the best way for you may be a little confusing, with so much to choose from. However, here we can break down the pros and cons of travel to Nyingchi, so that you can work out your best way to go.

The Fastest Way: Get to Nyingchi by Flight

Always the fastest way to get anywhere, flights to Nyingchi are the quickest way to reach this awesome part of Tibet. Flights to Nyingchi’s Mainling Airport, also known as Linzhi Airport, can be taken from Chengdu, Guangzhou, Shenzhen, Chongqing, Xi’an, Xichang, Lanzhou, and Shijiazhuang, with Chengdu being the most popular departure location. You can also get flights direct from Lhasa to the southeast Tibetan prefecture.

The airport is the third airport in Tibet, and was opened in 2005 after two years of construction. Located in Mainling County of Nyingchi Prefecture (hence the name), the airport lies along the side of the Yarlung Tsangpo River, surrounded by beautiful countryside and stunning mountain peaks. Rated as one of the world’s hardest airports for take-off and landing, due in no small part to the high mountains around the airport, all flights into and out of the airport are handled in the morning, to get the best weather conditions for the pilots. It is also one of the few airports that require visual landing, rather than relying on instruments that are affected by the surrounding landscape. 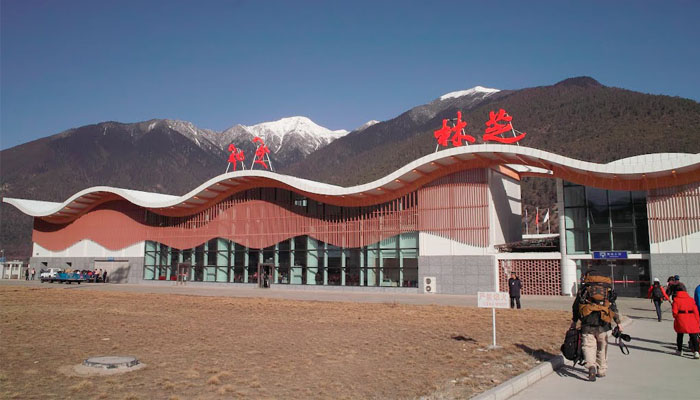 Flights to Nyingchi depart from nine different airports in China, and only domestic flights are permitted at this airport. However, the most popular departure locations are from Chengdu and Chongqing, with fewer flights from Lhasa, Guangzhou, Xi’an, and Shenzhen.

From Chengdu, there are four daily flights to Nyingchi at least, departing early in the morning and taking from 2 hours to around 2 hours 20 minutes to reach the airport on the plateau. Flights are run by Air China, Sichuan Airlines, etc., and cost from around US$ 213 per person for a one-way economy flight.

Flights from Chongqing to Nyingchi also run four times a day at least, taking around 2 hours 20 minutes to reach the airport. Flights depart at 6:35 or 7:35 am daily, and are offered by Tibet Airlines, Sichuan Airlines, etc., for around US$ 251 per person.

The Most Recommended Way: Get to Nyingchi by Overland

Traveling overland to the beautiful prefecture in Southeastern Tibet is the most recommended way to travel for several reasons. Not the least of which is the beautiful natural landscapes and outstanding scenery you can encounter along the various routes to Nyingchi.

Lhasa to Nyingchi by Overland

The most popular way to travel overland to Nyingchi is from Lhasa, the Tibetan capital. With the newly-completed Lhasa Nyingchi High Grade Highway running from Liuwu New District in the Tibetan capital all the way to Nyingchi’s Bayi Town, you can now get to the stunning landscapes of this mountainous prefecture in around five hours, compared to the previous 8-10-hour trip. 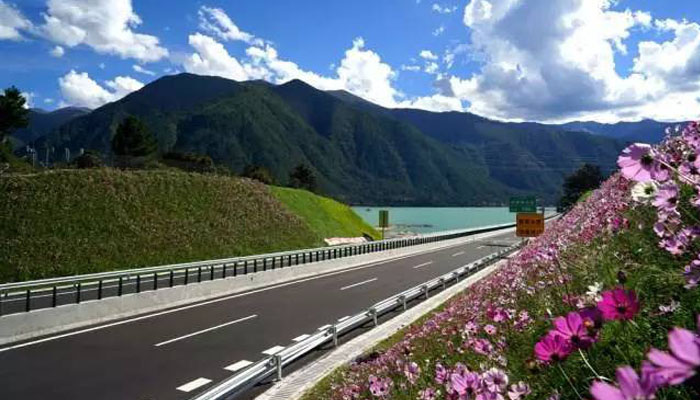 The drive takes you through some of the southeastern area of Tibet’s most outstanding scenery and landscapes, and this two-lane two-way highway allows faster speeds than you can normally travel in Tibet. And the amazing sights along the route include the beautiful Niyang River Valley, the beautiful mountain scenery of the southeast of Tibet, and the amazing tunnel through the Mila Mountain. Instead of taking the high pass route over the Mila Mountain Pass, at more than 5,000 meters above sea level, the 5.7km long tunnel bores through the mountain at an altitude of 4,752 meters, making it the world’s highest highway tunnel.

Chengdu to Nyingchi by Overland

The road to Nyingchi from Chengdu is a massive and epic adventure that takes you over 1,679 kilometers across Southwest China to the beautiful prefecture. Following the route of the Sichuan-Tibet Highway, the G318 National Road, the drive takes you out of the Sichuan basin and up onto the plateau, passing through the northern edge of the Hengduan Mountains. A straight drive of around 38 hours, this trip is normally done in around three days, stopping for rests and sightseeing along the way, as you pass into the Nyenchen Tanglha Mountain Range of Southeastern Tibet. 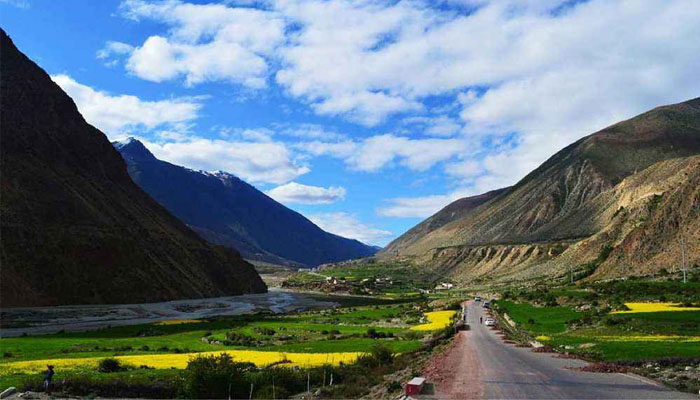 From Chengdu to Nyingchi by Sichuan-Tibet Highway

The highway was previously rated as being one of the most dangerous roads in the world, mostly due to poor road conditions. Now, with majority of the road being newly paved and well surfaced, the route is a much safer one to travel. Tight switchbacks and hairpin bends, combined with some of the world’s most outstanding views, make this epic trip the adventure of a lifetime. But this should only be driven by an experienced driver for this route, because of the long distances and high-altitude conditions.

Kunming to Nyingchi by Overland

Known as the Yunnan Tibet Highway, the route from Kunming, the provincial capital of Yunnan Province in Southwest China, is another popular road route to take to Nyingchi from mainland China. The road to Nyingchi first follows the Yunnan Tibet Highway through Yunnan Province’s Hengduan Mountains, passing through some beautiful small towns and villages, including the famous Shangri-La, formerly Zhongdian.

Skirting along the eastern edges of the mountains, the route north takes you up over high mountain passes to reach the G318 National Road at Markam. From there, you follow the G318 to Nyingchi, along the Sichuan Tibet Highway. The route from Kunming in Yunnan Province is a distance of around 1,826 kilometers, which takes around 40 hours of constant driving. Usually, this trip takes around 3-4 days, depending on your stops along the way for sightseeing. This is a trip that should be done in spring and autumn. In the summer monsoon season, the roads get slippery and dangerous when wet, and cold and icy in the winter.

Soon, the opportunity to travel by train to Nyingchi will come true. With the success of the Qinghai Tibet Railway to Lhasa, other massive railway construction projects were considered. Including extending the current line that runs between Lhasa and Shigatse, plans were made to run the railway in both directions, west to Kathmandu in Nepal and East to Chengdu in Sichuan Province of Southwest China.

Known as the Sichuan Tibet Railway, the line to Chengdu has already been started, and construction for the railway is expected to be completed within a few years. Currently, the lines from both ends of the railway route have begun, with the line from Lhasa to Nyingchi having an expected completion date of late 2020. From the other end, the tracks from Chengdu already run to Ya’an, opened in December 2018. The next sections, from Ya’an to Kangding and Kangding to Nyingchi, are planned for completion by around 2025. So, if you are thinking of taking the train to Nyingchi, you will have to wait at least another year to realize that dream. Until then, flights and driving are the best ways to go.

Getting to Nyingchi can be done by flight or overland travel from both Lhasa and mainland China. And with different options to choose from, you can find your ideal route to get to this land of peach blossoms and alpine forests. And this beautiful land of alpine peaks and stunning scenery is the perfect way to either begin or end a tour of Tibet.

Be the First One to Comment "How to Get to Nyingchi, Tibet? By Flight, Overland or Train?"