Is Backpacking in Tibet Possible?

Backpacking in Tibet is Not Feasible Currently

For backpackers who love the thrill of traveling around a country completely uninhibited, Tibet is not a place where you can travel this way. It may have been possible once, more than a decade ago, but since 2008, backpacking in Tibet has not been possible due to a number of reasons. Independent travel is restricted in Tibet for the safety of travelers and to help maintain the delicate natural environment of the plateau. At the high altitudes of the Tibetan plateau, it is easy for unaccompanied tourists to get lost, to have accidents, and to damage the delicate ecosystems of many of the tourist attractions outside Lhasa.

Now, all travelers to Tibet are required to be on a pre-arranged organized tour of the Tibet Autonomous Region (TAR). With the requirement to be part of a tour, whether in a group or alone, the application for the Tibet Travel Permit can only be done by the travel agency once you have booked your tour. Applications for the permit, which is required to enter Tibet, and even to board the trains or flights to Lhasa, can only be done by a registered travel agency through the Tibet Tourism Bureau in Lhasa.

However, while you may not be able to go backpacking around the TAR, there are ways in which you can make your dream of traveling to Tibet come true without the higher cost of a private tour. And for those that insist on not being part of a tour, whether group or private, you do have some options for backpacking.

Join in a Group Tour in Tibet Instead

The option of joining a Small Group Tour is one of the best ways to visit Tibet for those backpackers that are working on a budget but still want to visit the plateau region. And while you still cannot travel independently, you can make your trip to Tibet a little cheaper, and the Small Group Tours do have other benefits going for them.

a. Lower Cost Than Private Tour

Private tours mean you pay for everything. However, on a Small group Tour, you can make the same trip cheaper. Much of the cost of the tours to Tibet are the cost of guides, drivers, and vehicles. These are high costs for travelers to Tibet, and can be reduced by joining a Small Group Tour. Small Group Tours spread the cost of the guide, driver, private vehicle, and fuel by sharing these combined costs between all members of the tour party. Which means you can pay a much lower cost for the tour than for a private tour of the same itinerary.

Solo travelers often look for travel companions online, often with little success. With a Small Group Tour, you will be traveling with other party members who share the same interests as you. And not only will they share the costs of certain aspects of the tour, you will also be able to make some new friends while traveling. Spending your days, and sometimes nights, with the other members of the party can help to bring you closer together as a group, and many of our Small Group Tour members stay in touch with other party members long after the tour has finished. 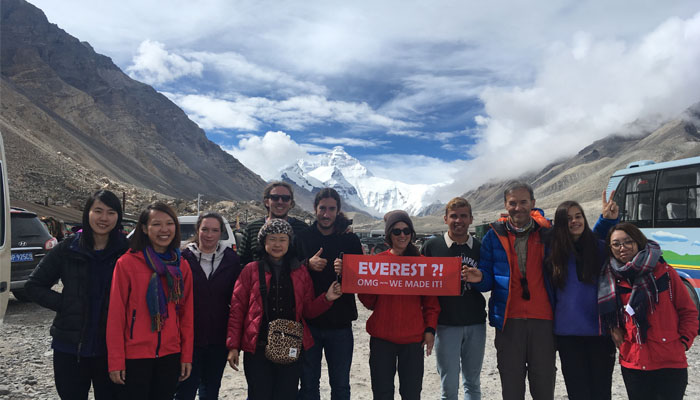 c. No Extra Shopping Through Us

One of the concerns many travelers have with tours to places are the “compulsory” shopping trips that are often included in tours and touring packages. Often, the tour guides or even operators get a commission for bringing tourists to certain shops or shopping centers, as part of the tour itself. However, with us, you will never be taken to a shopping area or shops that you did not ask to go to. Only when you ask for us to take you somewhere for shopping will that happen. And you can choose exactly where you want to shop. We do not collect commissions or any other payments for taking you shopping.

All of our tour itineraries are specially designed to give you the best possible Tibetan experience, and this includes contact with the locals in Tibet during your tour. Many of our tours take you to small local communities along the way, where you can stop and look around, and even talk to the locals, with the help of your guide in most cases. One of the best ways to understand a culture is to talk to the people, and we encourage conversations and experiences with the local Tibetan people along your tour.

While you have the choice of where to go on a private tour, our carefully designed Small Group Tour itineraries give you a wide choice of where you want to go. We have a wide choice of tours available for you to join. Take a short tour around Lhasa for four days, or travel a little further and head for the stunning Mount Everest on our 8-day Lhasa to Everest Base Camp Tour. Alternatively, you can travel overland to Nepal on our 7-day Lhasa to Kathmandu tour or vice versa or take an even longer tour to reach and hike around the sacred Mount Kailash in Ngari prefecture on our 15-day Kailash Manasarovar tour. 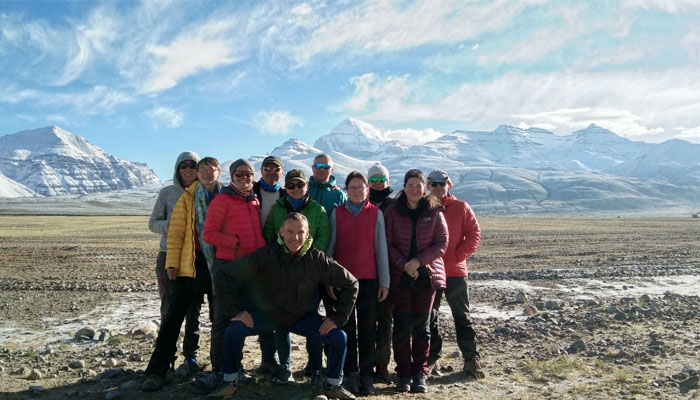 Travel to Lake Namtso and Lake Yamdrok, head into central Tibet to visit Gyantse and Shigatse, drive south to see the cradle of Tibetan civilization in Tsedang, or take the epic journey from Chengdu to Lhasa along the Sichuan Tibet Highway. With so many Small Group Tours to choose from, you are bound to find something to pique your interest.

Visit Other Tibetan Regions Outside of the TAR

The Tibet Autonomous Region (TAR) is not the only place where you can find Tibetans and their unique religion and culture. The vast Tibetan Empire once stretched far outside what is now known as Tibet, and encompassed much of what are now the bordering provinces in China and passed well into Ladakh, Kashmir, India, and Pakistan, among other areas. While the empire may have crumbled centuries ago, the people in these places are still predominantly Tibetan, and live in the same way as their TAR cousins. And as these areas are outside the TAR, it is not a requirement to have a Tibet Travel Permit for visiting.

a. Tibetan Parts of Sichuan

Sichuan Province in Southwest China is one of the largest areas of Tibetan communities in China, outside the TAR. Sichuan Province has two major Tibetan regions to the west of Chengdu, which are the Garzê Tibetan Autonomous Prefecture and Aba Tibetan Autonomous Prefecture. In Garzê, around 78 percent of the inhabitants are Tibetan, while in Aba, the Tibetan population is roughly half of the total population of the prefecture. With the tail end of the Himalayas stretching into western Sichuan and the top end of the Hengduan Mountains joining them west of Chengdu, these areas of Tibetan people are fascinating places to visit and are often more “Tibetan” feeling than some places on the plateau. 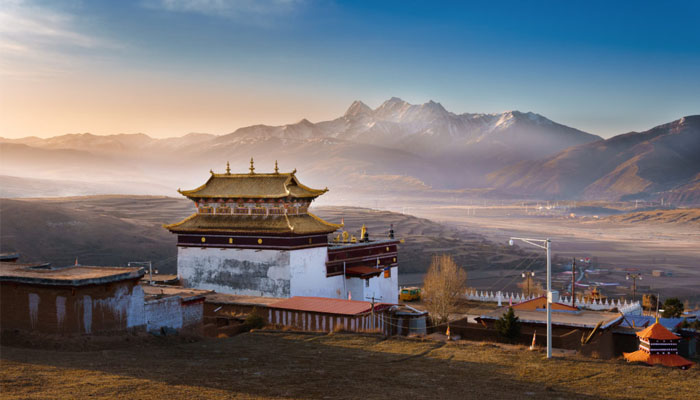 Look out to the mountains from Garze Monastery.

b. Tibetan Parts of Yunnan

The Diqing or Deqen Tibetan Autonomous Prefecture is the only area of Yunnan Province in Southwest China that has a large population of Tibetan inhabitants. Around 34 percent of the population are Tibetan, and the prefecture lies in an area that was once part of the Kham Region of ancient Tibet. Deqen consists of just three counties, one of which is Shangri-La, named after the famous valley from the novel Paradise Lost. Lying in the eastern edges of the Hengduan Mountains, this part of Yunnan is a great place to explore for the ancient Tibetan way of life that still exists here.

In Gansu Province, to the east of Qinghai Province, the only area of Tibetan habitation is in the Gannan Tibetan Autonomous Prefecture, which lies in the small western foot that protrudes west between Qinghai and Sichuan. With around 52 percent of the population being Tibetan, Gannan was once a small part of the area known as Amdo in the time of the Tibetan Empire. While the area is on the very edge of the plateau, it is very Tibetan in the small towns and villages where the Tibetan populations live.

While you may not be able to go backpacking alone in Tibet, you can join a Small Group Tour to reduce the cost of the trip to something a little more like the cost of backpacking. Small Group Tours are also great for making friends and exploring areas of the TAR that you want to see. Alternatively, the four surrounding provinces of China – Yunnan, Sichuan, Gansu, and Qinghai – have Tibetan areas that are the remnants of the regions of Kham and Amdo from the era of the Tibetan Empire. These areas do not require permits to visit, and backpacking is still possible here.

Be the First One to Comment "Is Backpacking in Tibet Possible?"