How to Travel from Hong Kong to Tibet?

Hong Kong is one of the major gateways into China, and is a popular entry point for those heading for a tour of Tibet. With a large number of international flights from outside Asia landing at the airport in Hong Kong, getting to Tibet is not hard at all. And you have several option on how to travel when departing from Hong Kong to reach the stunning city of Lhasa, the City of Sunshine.

Hong Kong to Tibet by Train - the Classic and Budget Way

The classic way to reach Tibet from Hong Kong is to travel the whole distance by train. There is no direct train to Lhasa from Hong Kong, though that may change eventually. To get to Lhasa, you have to take a train from Hong Kong to one of the seven gateway cities to Tibet, from where the famous Tibet Trains depart. 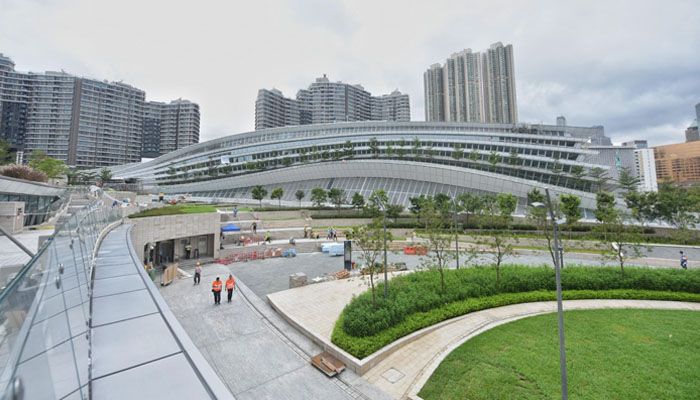 The train to Guangzhou is the shortest and fastest, and departs from the station 34 times a day for Guangzhou South Railway Station. The trip takes just an hour, and costs as little as 215 yuan per person. When you arrive in Guangzhou, you need to transfer along Metro Line 2 to the Guangzhou Railway Station for the trip to Lhasa.

You can also get the high-speed train to Chongqing West Railway Station from West Kowloon, which departs once a day at around 3:00pm, and takes around 7 hours 33 minutes to reach the famous municipality. A second-class ticket costs around 660 yuan, and you can find plenty of places to stay overnight before the train to Lhasa the following morning.

Once you have arrived at your chosen departure location from Hong Kong, you can board your train to Lhasa. The trains from Guangzhou to Lhasa are actually the longest of all the seven Tibet Trains, taking around 52 hours 41 minutes to reach the Tibetan capital city. The trains depart daily at around 11:44am, so you can actually get the train to Guangzhou from Hong Kong the same day of your train to Lhasa. The train to Lhasa has two classes of sleeper cabins you can book, so that you can have a comfortable and restful ride to the plateau. The cheaper “hard sleeper’ option costs from around 129 US dollars per person.

Trains from Chongqing run every other day to Lhasa, so it is a good idea to time your train from Hong Kong accordingly. You can also spend a day or two in Chongqing and explore the area before traveling, if you wish. The trains to Lhasa depart at around 8:28pm, and take up to 41 hours 28 minutes to reach Lhasa, the Tibetan capital. Hard sleeper berths cost from around 105 dollars each.

Hong Kong to Tibet by Train + Flight - The Convenient Way

If you are looking for convenient options for travel to Lhasa, then you can always take a flight from Hong Kong to Chengdu, and then get the train to Tibet from there.

There are around 3 daily flights that run direct from Hong Kong international Airport to the Chengdu Shuangliu International Airport. The flights depart in the morning from Hong Kong at around 10:00am, and arrive in Chengdu at just after 1:00pm, a flight time of only 3 hours. For travelers heading for Tibet, Chengdu is one of the major departure locations for the Tibet Autonomous Region, and flights from Hong Kong to Chengdu cost from around US$ 318 per person for one-way economy flights. 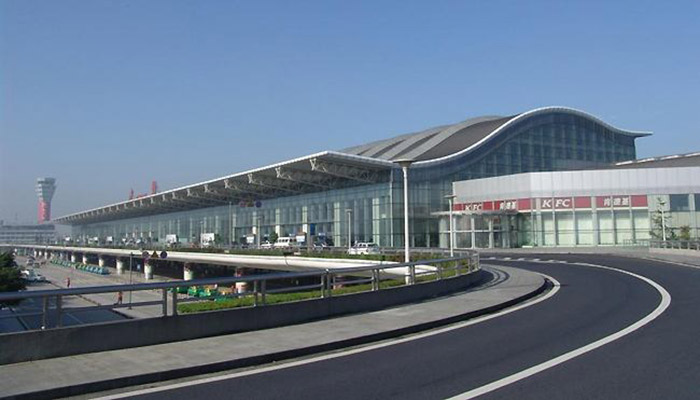 The train to Tibet from Chengdu departs every other day from the Chengdu Railway Station, and take around 41 hours 11 minutes to reach the plateau capital. Covering a vast distance of around 3,070 kilometers, the train tickets for the hard sleeper cost from as little as 100 US dollars per person. Chengdu is the most popular departure station for Tibet, so it is advisable to book well in advance, especially in the peak months for Tibetan tourism.

Can I fly to Xining first and then take the Tibet train?

If you are interested in taking the train but would rather have a shorter trip, then you can take a flight to Xining from Chengdu, after spending a day or two there to visit the giant pandas. Flights to Xining from Chengdu run daily, and take around 90 minutes to reach the Qinghai provincial capital’s airport.

Xining is the start of the famous Qinghai Tibet Railway, also known as the Qingzang Railway, and the shortest distance of all the trains to Lhasa. Covering a distance of just 1,972 kilometers, the train from Xining to Lhasa take only 21 hours 28 minutes to reach the Tibetan capital. And the second-class hard sleeper berths cost from only 74 dollars per person.

Hong Kong to Tibet by Flight - the Fastest Way

Flights to Lhasa via Chengdu can be booked easily enough, and you can either book the trip as two separate flights, or as one connecting flight, the choice is yours. Once in Chengdu, there are 14 direct flights a day to Lhasa, so if you want to spend a little time in the city and the surrounding area in the famous Sichuan Province, you will be able to book flights on different days with no problems. However, this is a little more expensive than a single-booking flight, which can be booked for as little as US$ 462 per person, compared to around 500 plus for separate flights.

As of November 2019, there is now a direct flight from Hong Kong International Airport to Lhasa Gonggar International Airport. However, the flight is only seasonal, so it will only run every Wednesday, Friday, and Sunday in the peak months of Tibetan Tourism to relieve some of the high-volume connecting traffic to Lhasa from Hong Kong. The flight, which is operated by Tibet Airlines, will depart from Hong Kong at around 6:10pm and arrive in Lhasa after a flight of just 4 hours 10 minutes.

While there are many options to travel from Hong Kong to Lhasa, you can choose the right option for you based on what you want to do along the way. So if you want a tour of China’s largest cities, or fancy a visit to the giant pandas, or feel like cruising along the Yangtze River, you can find a means of travel to allow it. Or you can just fly or ride the train, or make any combination of both. But now, it is easier than ever to get from Hong Kong to the Roof of the World.

Read More about How to Travel from Hong Kong to Tibet?

Be the First One to Comment "How to Travel from Hong Kong to Tibet?"